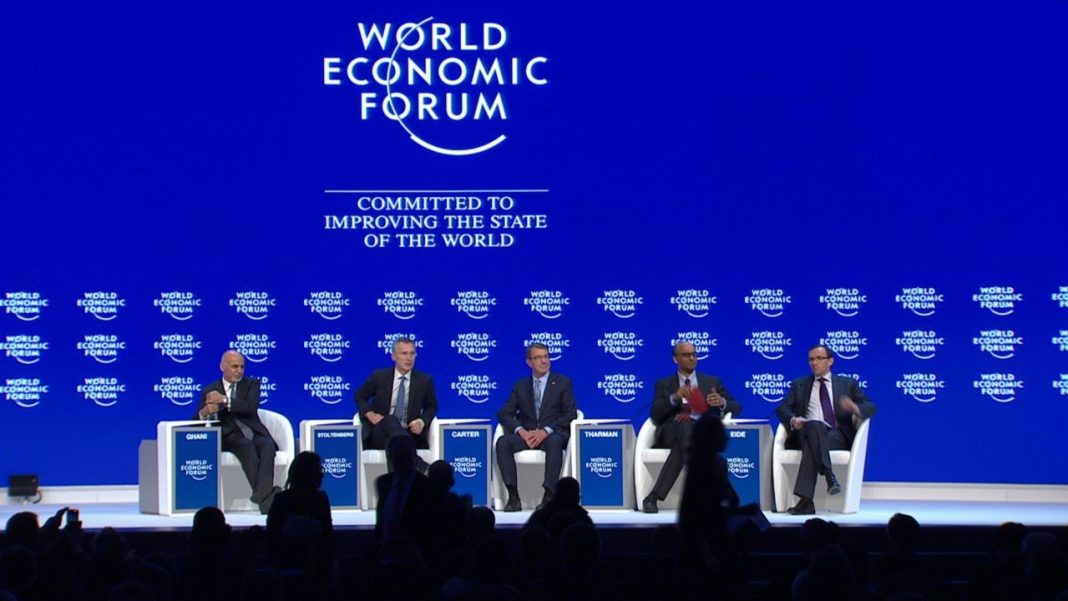 SO another month has ended for the world in Davos and another year for Davos in the world, the international talkfest held at the Swiss Alpine resort each January.

Once more, the World Economic Forum (WEF) has provided a platform for the hallowed and the ballyhooed to strut their stuff and to shower their sagacity and also some media material for a slow news week.

There was the IMF’s Christine Lagarde, King Abdullah II of Jordan, professional celebrities and politicians. Most of the G7 leaders were there.

In lurching towards a sense of global equity perhaps, it involved not only the big, the powerful and the rich. Also there were Presidents Paul Kagame of Rwanda and Emmerson Mnangagwa of Zimbabwe as well as Prime Minister Alexis Tsipras of Greece.

There were Emmanuel Macron of France, the French Blair, and Justin Trudeau, the Canadian version thereof. Tony Blair wasn’t there himself – Davos is apparently run like the proverbial Swiss watch and did not require messing up.

The entertainment world wasn’t left out either – Elton John was there too, as was a sprinkling of the Hollywood glitterati. These gigs used to have Bono, the cocktail activist known to have sung some songs.

The Pope even sent a message: he asked the assembly of notables to build inclusive, just and supportive societies. It was not clear if they would, could, or even listened. It seemed only the Dalai Lama was not heard from; perhaps next year.

Thus the good, the great, the glorious and the gay had something to say, all of it important, urgent, or which the participants at least thought so.

The themes and issues are usually what ail, concern and fascinate the rich and famous in particular: financial meltdowns, the digital economy, the gender pay gap, artificial intelligence and climate change.

Other issues of equal or greater significance are seldom if ever entertained: transnational crime, piracy, terrorism, genocide, and what some Third World officials call “not ethnic cleansing”.

The plight of the destitute anywhere and the roots of their global misery are glossed over if not ignored, as these may well spoil the mood of the lavish gala. Delicate hors d’oeuvre can “go off” easily in the wrong setting.

And thus participants nibbled on canapés and sipped champagne while they made small talk about big issues, posturing grandiosely and collectively over grave matters beyond their individual control. The WEF bash began in 1972 by Swiss economist and founding chairman Professor Klaus Schwab for promoting public-private partnerships to improve the state of the world.

Alas, this temporal sphere is also a world of states, so for political leaders as for businessmen, expediency rules – whatever the official slogans and the rhetoric. Davos this year was particularly heavy on attendance by national leaders, yet neither the content nor the delivery of their speeches impressed.

Their mutual rivalry for foreign investment and a general lack of vision and imagination took their toll. Their apparent distraction by national challenges back home reportedly also made a dent. Still, the WEF machinery trundles on regardless, even if serious activists and concerned policymakers are more anxious to address challenges than talk about them.

As a simple test of efficacy, what have 46 years of pontification at a luxury winter resort done for the world or its inhabitants – particularly the needy?

Only more reasons to have more of such posh confabs, especially since none of the previous ones delivered completely if at all. And so it goes on.

Another irony lies in Davos offering itself to those who still need reforming to present themselves as leading reformists. And those who seriously need reforming do not bother to go. The first sitting US President to attend was Bill Clinton in 2000, becoming a serial attendee since. Both generations of George Bushes never attended.

For those who do, Davos is something of a coming-out party, a graduation ceremony or valedictory ball for rising stars. The star of last year’s show was Chinese President Xi Jinping, whose nationalism from the East China Sea and the South China Sea to Doklam seemed clear enough.

Yet Xi’s chosen themes of free trade and open markets with an eye on climate change at Davos 2017 proved timely and rewarding. These contrasted with what continues to be perceived as US insularity. The ultra-nationalism of Indian Prime Minister Narendra Modi’s Bharatiya Janata Party (BJP) is no secret. Yet this year it was Modi’s time to shine as the star turn, pressing home the point about the need for globalisation.

Modi’s speech avoided any reference to India’s trade protectionist policies, however. At last, Third World leaders have learned from their Western counterparts to say wonderful things to foreign leaders at festive party occasions regardless of the reality on the ground.

Not least, much speculation during the week centred on whether US President Donald Trump would attend. The prevailing wisdom was that he would certainly not.

The WEF might have taken some dubious credit for that kind of expectation. Among the predictions of Davos 2016 was that Trump would lose the presidential election later that year. So to confound critics and pundits alike once again, Trump swept into Davos from across the Atlantic like the Westerlies, the anti-trades winds, in turns gusty and gutsy.

After all, the WEF involves talking a lot about many things by assorted blowhards and diehards, whether or not the stated commitments would actually materialise. How could Trump resist such an opportunity?

Some sceptics have argued that Davos was ill-suited to Trump, that attendees were somehow not his “natural constituency”. In reality he and they may have more in common than any of them would like to admit.

After the recent East Asean Summit which many had also predicted Trump would not attend, but which he did, with some gusto, he seemed to have found his rhythm. This whole conference thing totally seems like fun.

Meanwhile, some Chinese and US media analysts have been debating the extent of Xi’s influence on this year’s proceedings.

Chinese media pundits may be obliged to highlight it while their US counterparts may instinctively reject it. Nonetheless the main themes Xi expounded in 2017 were echoed this year – because of the staying power of the issues themselves.

Few, however, noticed how Modi’s opening address at Davos 2018 contained a reference to Indian democracy as a stabilising factor, which some took as a subtle dig at Chinese authoritarianism. Still, such subtleties are easily lost at these grand soirées. Who can be in the mood to dissect nuances when everyone is too busy competing to mouth blandishments from motherhood and apple pie to pie in the sky?

The technology for teleconferencing has been improving in leaps and bounds for decades, but – like the gross destitution that persists in marginalised communities – nobody seems to have noticed. And so the clamour for the next WEF at Davos continues. Jetsetters will be spending more days at the next intercontinental party, using up more jet fuel to campaign righteously against emissions and global warming.

They will continue to moan about such sins, like a confessional for its cathartic effect, only to commit the same acts again because it’s not sinful when they do it.