AS Bangladesh celebrates its 50th year as an independent nation, one is... Read More
Social

Yanitha Meena Louis is a researcher in the Foreign Policy and Security Studies programme of ISIS Malaysia. She has completed the International Masters in European Regional Integration at the Asia-Europe Institute, University of Malaya (UM). Having spent a decade in Chennai, Tamil Nadu, India prior to this, Meena completed her Bachelor’s degree in Psychology at the University of Madras. Her research interests include political psychology, comparative regionalism, South Asian, Southeast Asian and European studies and also domestic affairs such as social welfare and gender-responsive policymaking. Meena is now a doctoral candidate at UM, focused on Non-Western international relations. 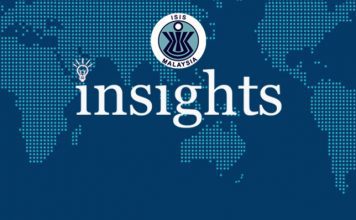 04 April 2021
AS Bangladesh celebrates its 50th year as an independent nation, one is also reminded of how Dhaka has remained an all-weather friend and ally to Kuala Lumpur for almost half a century. Next year will mark 50 years of Malaysia-Bangladesh relations since Malaysia recognised Bangladesh as a sovereign nation in 1972. In the 21st century,…