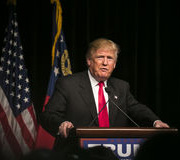 PRESIDENT Trump arrives in Tokyo today at the start of a 10-day trip to East Asia. It will be a first for the visitor and his hosts.

Following a two-day stopover in Hawaii, this is the longest trip to Asia for any US president.

Not only is East Asia bubbling with issues, so is the US back home: a new tax plan already arousing cynicism, a widening probe into alleged Russian intervention in last year’s election, and whatever else Trump’s opponents can throw at him.

He will therefore skip the East Asia Summit (EAS) in the Philippines for obvious reasons. But Asia- centric pundits are already pronouncing that Trump’s administration is beginning to “abandon Asia.”

Secretary of State Rex Tillerson will attend the EAS instead, but for some only the imprimatur of the president will do. Who is to say that Tillerson will be less effective in determining US foreign policy?

The purposes behind Trump’s regional tour of five countries are clear enough.

Japan is the main US regional ally at a challenging time, South Korea is the accessible half of a troubled peninsula, Vietnam is hosting the Apec Economic Leaders’ Meeting, the Philippines is hosting the Asean Summit – and there is China.

Official statements and news reports may dwell on North Korea’s nuclear threat potential, the Apec and Asean meetings or any other issue, but Trump’s visit to Beijing is the main event.

US-China ties were already the world’s most important before President Xi Jinping’s reported “elevation” in starting his second term last month. Other issues from the South China Sea to reining in North Korea also relate to China and US-China relations.

In Beijing, Trump will be “shopping” for better trade terms, some “give” in the South China Sea, and stronger sanctions against Pyongyang. All three will be pricey and even Trump may not afford any of them.

Thus of all the countries on Trump’s tour, China is the most important and which he needs most to understand. And he has been seeking advice.

Recently Trump was briefed – again, and for the fourth time at least – by the old American “China hand” Henry Kissinger. But these days hardly anyone, inside or outside China, is without an agenda.

Kissinger is understood to seek to drive a wedge between Xi’s China and Putin’s Russia, as Beijing and Moscow increasingly seem to find common cause in the international arena. Kissinger is a veteran of such a ploy, having engineered it before through the Nixon administration.

How Trump chooses to handle such counsel remains to be seen. He and his campaign team continue to be hounded in the US for alleged “Russian ties.”

At a more popular and vulgar level, some Western pundits seem bent on distancing an ego-sensitive Trump from Xi. When Trump politely congratulated Xi for winning strong endorsement for a second five-year term, they said Trump had now kowtowed to China’s strongman.

Such pundits have seldom or never been happy with strong and effective Asian leaders, particularly when it is China. Their jaundiced views are no help to Trump or anyone else seeking better understanding and cooperation.

When Xi did not nominate a successor at last month’s Communist Party of China (CPC) Congress, some commentators said Xi had “failed” to do so while blaming him for wanting to cling to power.

If Xi did not wish to name a successor then he obviously succeeded in not doing so. Nobody can fail in something that he did not intend to do in the first place.

Just days after the CPC Congress, the moderator on BBC’s Dateline London described China – without caveats or qualification – as a low-wage economy saddled with an over-dependence on manufacturing.

That would have been a pertinent observation more than 10 years ago, but no longer.

Wages in China have been rising steadily with brief, occasional points of stagnation like mid-2017. Today’s wages in China exceed virtually all of Latin America’s, are more than five times India’s, and approach those of some European countries.

The proportion of China’s GDP that “industry” represents is under 40%, almost half that in 2005 – and when construction and mining are combined with manufacturing. The latter’s share of GDP is under 30% and shrinking, with the services sector being prioritised.

These issues can work for Trump in rebutting his opponents’ arguments typically based on outdated images of a low-wage China. US manufacturers seeking to relocate abroad for labour cost advantages are better off hopping south to Mexico.

More ideological US pundits may agitate for Trump to squeeze China more on human rights and democracy. This is unlikely to work with Trump or Republicans generally, but there is the off-chance that it might.

However, such demands if made of China are likely to backfire. They would also be uninformed about China’s political developments.

Within and outside China, much is made of Xi’s apparent elevation in party and government terms. This sense of growing authoritarianism belies decades-long political reform at the grass roots.

Some 30 years ago, enlightened Chinese leaders embarked on a bold experiment by introducing democracy at the most common level of public administration: the villages.

The Foreign Ministry invited former US president Jimmy Carter and his Carter Centre to help organise elections and train election workers. This was partly in recognition of Carter’s work in normalising relations with China in 1979.

Direct elections of public officials began in 1988 at village level, and have since involved a billion people in virtually all of China’s 600,000 villages in urban and rural areas. In 1997 the Centre received approval to work with the Ministry of Civil Affairs to observe village elections, in 1999 township elections, and in 2002 elections at county level.

Several websites have been launched to promote democratic awareness from the ground up. President Xi continues to welcome the Centre’s work but has asked Carter to focus on improving US- China relations instead of election monitoring.

Only provincial and national levels are yet to see democratic reforms via the popular vote, whose pace and timing will be decided by the CPC leadership. For now, maintaining the Leninist concept of democratic centralism of top-down party policymaking is key.

Within the CPC, factionalism remains a reality because party leaders are more worried about its public disclosure than its effects. Few are left unscathed.

Although Xi and former President Jiang Zemin belong to the elitist or “princeling” (taizidang) faction, Jiang’s sub-faction in the super-elitist Shanghai Gang tended to alienate him from the rest. Xi then joined his immediate predecessor, Jiang’s successor Hu Jintao, to remove Jiang’s lingering post- retirement influence.

When Xi succeeded Hu he feared Hu would also extend his influence, so he began neutralising his populist tuanpai faction. The Central School of China Communist Youth League, identified with the tuanpai (cadres), was closed, absorbed by the Chinese Academy of Social Sciences (CASS), and re-emerged as the CASS University.

Such machinations tend to breed cynicism in the agencies concerned. However, they should not bother visiting foreign dignitaries who are not supposed to know too much about them anyway.

Trump only needs to focus on some issues and stay diplomatic – and consider a statement on visiting Korea’s Demilitarised Zone after saying he would not go.

Article by Bunn Nagara which appeared in The Star, 5 November 2017.