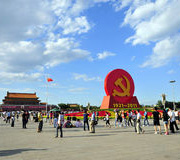 NOW that the proverbial dust has settled over the 19th Congress of the Communist Party of China (CPC), it is time to weigh the implications of its new, much-anticipated leadership structure.

Much had been said about Xi Jinping’s stronger positions as CPC General Secretary, Chairman of the Central Military Commission and President of the People’s Republic of China. Perhaps too much had been speculated on Xi’s enlarged powers. As a result, the composition of the Politburo Standing Committee (PSC) as the top tier of leadership has seemed surprising to many.

Like any other party, there are factions. With the CPC, widespread conjecture about factions is even more rife than the factionalism itself.

Thus some surprise among punters attended the new lineup of the seven-member PSC in October. On the surface, it was a “balanced” lineup in terms of party factions.

Could there have been more to it? Did it have to have anything more?

Xi’s presence and position in heading the PSC were a foregone conclusion. Among the other six members, three factions seemed to have been given equal opportunities with two members each.

However, this configuration clashes with many punters’ other presumption: that Xi is all-powerful bordering on the dictatorial, revisiting Maoist governance by sweeping all before him and brooking no differences in views.

The reality may be rather more moderate, restrained, even sedate.

The problem lies in three largely Western presumptions: that party factionalism is a major issue, that Xi is an inflexible autocrat, and thus the PSC lineup and much else are all up to Xi.

In the real world of CPC promotions and appointments, a complex and remote system of negotiations and compromises determines the final lineup. Just because foreign analysts are not privy to it does not mean it is non-existent or inconsequential.

At least two circumstances need to be understood.

First, CPC factionalism may be an interesting topic at cocktail parties and dry academic seminars, but may actually exert no appreciable impact. Neither Hu nor Jiang, nor any of their protégés, fancies upending the applecart at great cost to the party, nation – and themselves.

Second, instead of Xi simply making the rules for the party, it is the party that determined Xi’s leadership and approved the additional clout he now wields. He is seen to have earned more stripes after his first term to take the country further.

For some, it may serve Xi’s purpose to have his rivals’ “henchmen” within observable distance within the PSC. However, in the clear light of day this hinges on the absurd.

Some familiarity with PSC members who are not of Xi’s faction would illustrate the point.

Prime Minister Li Keqiang is retained for another term despite being identified with Hu’s “Tuanpai” faction. He has particular strengths that Xi appears to appreciate.

Li is not an ardent factionalist and represents no threat to Xi. Whether incidentally or not, Xi has taken over several party working group functions including Li’s.

Li has proven administrative skills and intellectual prowess that is often underrated. He is also fluent in English and performs impressively abroad.

He is to Xi what Zhou Enlai was to Mao Zedong in an earlier era. Li’s is the voice heard abroad that helps rationalise Xi’s policy pronouncements and actions.

Wang Yang as Vice-Premier is also identified with Hu’s faction, a post that collapses neatly into Li’s premiership role. Both know their functions and limits in serving under Xi’s presidency.

As leader of Guangdong, China’s richest province, Wang has valuable experience as a progressive economic reformist. He has also shown impressive negotiating skills even when dealing with critics of the CPC.

Abroad, Wang is tasked with handling vital trade issues including with the US. Wang Huning is said to be from Jiang’s so-called “Shanghai clique,” but he is another uncommitted factionalist. His background is neither politics nor governance but academia.

Wang helped shape and refine the political outlooks of Xi’s two predecessors, Hu and Jiang, and now serves Xi with equal attention. In recent years he had been working closely with Xi on policy ideas and is set to continue doing so.

Western analysts tend to exaggerate Wang’s conservative politics while overlooking his economic reformism. He is a main factor behind China’s continued opening to global markets and capitalist mechanisms.

Another supposed “Jiang protégé,” Han Zheng, had worked closely with Xi as deputy party chief in Shanghai a decade ago. After serving as Shanghai’s youngest mayor, he continues to enjoy Xi’s support and confidence.

Han is a technocrat with proven economic and administrative skills. His many years in the governance of Shanghai, China’s largest and most modern city, have imparted much important experience for the future.

Like some others in the PSC, Han displays no factional divisiveness despite the branding. He is also market-friendly, reinforcing Wang’s and Xi’s priority to make China more market-driven.

Xi’s position is unassailable as party, military and national leader. He has no need to stuff the PSC with cronies and yes-men because he enjoys the party’s confidence, but mainly because he has a competent and experienced team to play to his game plan.

Also invaluable in that team is Li Zhanshu, Xi’s top aide and most trusted colleague. Li’s forte is senior administration and governance, in which he excels.

Beyond official posts, Li’s own career background and experience run parallel with Xi’s. Both men work closely in unison and with mutual respect.

Zhao Leji is regarded as belonging to Xi’s “Shaanxi faction,” but not that it matters since others also work well with Xi. Zhao and Xi are personally close, with Zhao’s strength being in administrative matters.

Besides operating as Xi’s “chief enforcer,” Zhao has a family background close to Xi’s. The chemistry between them appears to work favourably.

Others in the 25-member Politburo seen to be of promise include Chen Min’er and Ding Xuexiang, both seen as aligned with Xi.

That they did not join Li Zhanshu and Zhao Leji in the PSC may indicate the party elders’ preference for a more balanced lineup. If it was for Xi to decide, his preference may also be the same.

A popular foreign bet as Xi’s successor was Guangdong party chief Hu Chunhua, but Xi named no successor. Why should it be necessary?

Little of this fits the stock presumptions of glib punters. China and Xi may well be the better for it.

Article by Bunn Nagara which appeared in The Star, 17 December 2017.