Home Commentaries Will history be repeated? 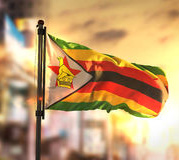 ROBERT Mugabe’s dramatic fall from grace as Zimbabwe’s strongman is only part of a vast, unfolding tapestry.

Just over 50 years ago, Ian Smith of the British colony of Southern Rhodesia unlawfully declared a Unilateral Declaration of Independence (UDI) before majority rule could be introduced.

Britain, the Commonwealth, the UN and the international community regarded it as illegal. The UN imposed its first economic sanctions, but Rhodesia survived through support from apartheid South Africa and Portugal.

Since Smith and London disagreed over the terms of a transition to majority rule, he grabbed “independence” to preserve the privileges of Rhodesia’s 5% white inhabitants. His racist UDI policies cemented the aims of British imperialist Cecil Rhodes, who led a settler gang to plunder the land since 1890.

The two Marxist groups experienced on-off alliances and rivalries, beginning with Nkomo leading the resistance. Personal and tribal differences fomented distrust as Mugabe and his larger Zanu later forged ahead.

Late-1970s Britain hosted meetings in London to ease Rhodesia towards majority rule after Smith agreed to a “biracial” government. The series of negotiations were called the “Lancaster House talks,” named after the venue.

This period coincided with some of my initial forays into undergraduate journalism. British and international NGOs closely followed events, holding parallel meetings in London to support the freedom fighters in pressing for majority rule.

However, British Foreign Secretary Dr David Owen was seen as lacking passion in pushing events to their intended conclusion. When my commentaries reflected these sentiments they were criticised for being “political”.

This was a time when some right-wing commentators were branding even Nelson Mandela a terrorist. Nkomo had met Mandela in South Africa earlier, while Mugabe operated from his base in Mozambique.
With Thatcher’s government in 1979, it was Lord Carrington as Foreign Secretary who negotiated the terms of the Lancaster House Agreement with Mugabe and Nkomo.

The independence leaders were worried that their new nation seriously lacked funds for development, but Carrington assured them that Britain would raise the necessary finances.

By 1980, thousands gathered on the streets of Rhodesia’s capital of Salisbury, renamed Zimbabwe’s capital of Harare, chanting one name repeatedly: the new national hero, Robert Mugabe. This historic moment of national liberation was an international event, attended by celebrities from Bob Marley to Prince Charles. Hope was high in the air.

However, only a small fraction of the funds Britain promised was provided, and even then slowly. It was a bad start to a new course for a young and helpless nation.

Mugabe said this had crippled the nation from the beginning. For many others, the problems stemmed as much from a later maldistribution of already limited resources and revenues, mainly diverted to enrich Mugabe.

Meanwhile, serious trouble brewed on the political front. Mugabe accused Nkomo of attempting a coup to grab power, following a South African plot to frame Nkomo to split the Zanu-Zapu government.
Nkomo had to flee for his life, and Mugabe unleashed a killing spree on his homeland of Matabeleland by slaughtering 20,000 Ndebele civilians. Mugabe’s National Security Minister then was Emmerson Mnangagwa, who denies responsibility for the action.

Western leaders protested, but not too loudly. They were worried Mugabe might turn around and enlist with a superpower sponsor on the other side of a “great game.”

Later, upon reconciliation between Mugabe and Nkomo, Zapu was absorbed into Zanu-Patriotic Front. It was the end for Nkomo’s Zapu, and also the beginning of the end for Mugabe’s Zanu-PF.

Still, it would take a few more decades for Zimbabwe to reach the meltdown stage of 2017. It was a slow and painful bleeding of a country that could have been among Africa’s richest.

In 1989 and the 1990s, Zimbabwe sent officials to Malaysia to learn about our success in development. A casual personal meeting also took place in ISIS Malaysia as our advice was keenly sought. In retrospect, none of the offered advice appears to have found effective application in Harare. It is doubtful if even those officials still have jobs today.

Then as inflation hit, prices soared and the government printed more money, worsening the situation. By 2008 inflation reached 500,000,000,000%, rendering the local dollar worthless.

Unemployment may be said to have peaked this year, except that it may grow still higher. Recent reports already place it at 90%.

After Mugabe dismissed Mnangagwa on Nov 6, the former vice-president had to flee for his life.But that was the turning point for Grace, Mugabe and their cronies.

Mnangagwa is also a former head of intelligence, close to army chief General Constantine Chiwenga, and popular both in the country and internationally. His dismissal tipped the balance against the Mugabes.

The army persuaded Mugabe to step down but he refused. Then, while Mugabe and Grace remained unseen, a resignation letter was sent to Parliament and read out to the assembly preparing to impeach him.

Mnangagwa returned from South Africa and was duly sworn in as president. The question now is whether his presidency is a triumph for the nation or just for his Zanu-PF faction.

Critics lean to the latter, since the Cabinet consists of former Mugabe loyalists and senior military officers. The inter-party national unity government many had hoped for did not happen.
The “deal” brokered with Mugabe is also costly, controversial and possibly unconstitutional.Mugabe and family will be immune from prosecution, they may keep their controversial billions, their expenses will be provided for and the “salaries” for the president and spouse will be maintained for life.

Polarisation across society has set in, leading to a fraught election next year. To crush opponents, Mnangagwa may revert to form as a feared autocrat, with greater presidential powers.
Morgan Tsvangirai and his opposition Movement for Democratic Change are both weak if not ailing. Tsvangirai’s former role as a powerless Prime Minister under Mugabe was uninspiring at best.
The possibilities now include the hard choice between reform or, perhaps eventually, revolution.

Article by Bunn Nagara which appeared in The Star, 3 December 2017.
Download