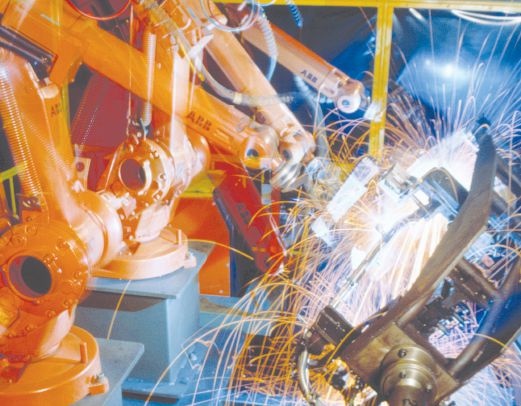 Imagine a world where computers grow the food we eat, drones construct our buildings and robots diagnose our illnesses. It may sound like something from a sci-fi movie but many of these technologies already exist and may fundamentally alter our lives.

Following on from the advent of steam and water power, electricity and then computers, it is argued that we are on the brink of a fourth industrial revolution. This was the main theme of the World Economic Forum (WEF) in Davos and reiterated at the recent WEF on Asean in Kuala Lumpur.

It is characterised by extreme connectivity, with around three billion people now connected to the Internet. This has proliferated innovation in areas such as Internet of Things, big data and cloud computing, with the digital economy generating US$25 trillion (about RM102 trillion) in e-commerce in 2015.

It is amplified by extreme automation through robotics, artificial intelligence and other emerging technologies. By 2018, 1.3 million industrial robots are forecast to enter service in factories worldwide, with the international market value for robotic systems estimated at US$32 billion.

While opportunities abound, a technological revolution can also conjure images of Terminator or HAL (Hybrid Assistive Limb) where machines rule over humans. But, beyond the sensationalist scenarios of the future, it is worth considering some of the key implications towards development.

With increased automation, the most obvious impact is on jobs and skills. Some see limitless new opportunities while others fear a massive displacement of jobs. In the short run, there will be winners and losers depending on the industry, location and occupation. Future skills requirements are harder to predict. A popular estimate forecasts that 65 per cent of children entering primary school today will end up working in jobs that do not even exist yet.

This calls for a competitive workforce. A study by the Organisation for Economic Co-operation and Development (OECD) on mathematics and science proficiency among Malaysia’s 15-year-olds puts the country on par with poorer and less developed nations, being ranked 52 out of 76 countries.

Coincidentally, WEF’s Human Capital Index also ranks Malaysia at 52. While rankings do not tell the whole picture, it provides an indication of the level of talent available.

There is also a danger in widening inequality through the polarising of job opportunities. Theoretically, increased connectivity brings the possibility of more localised production with physical location becoming less relevant, potentially bridging the urban-rural divide. However, the reality is that the future skills required are best suited to the “digital natives” and those who are already on high incomes.

One of the manifestations of the fourth industrial revolution is in its ability to disrupt existing markets. Recently, a protest by taxi drivers on Uber and GrabCar caused traffic mayhem in Kuala Lumpur. In the near future, we can expect FinTech (financial technology) companies to challenge traditional banks by delivering faster and cheaper financial services and other disruptive innovation across various industries.

While efforts have been made to transition towards a knowledge-based society, Malaysia’s economy is still heavily reliant on primary industries such as oil and gas.

On the bright side, according to the General Electric (GE) Global Innovation Barometer 2016 survey, 93 per cent of Malaysian business executives are mindful of the developments that are changing the face of innovation.

In the bigger picture, there is a risk in seeing industry 4.0 narrowly as a means for wealth creation. With the Sustainable Development Goals (SDGs) agreed as the global development agenda, a failure to align technological advances with development outcomes risk exacerbating issues such as climate change and biodiversity loss. If left unchecked, any benefits gained will be outweighed by the impact and costs to the environment and human security.

Cognisant of its potential pitfalls, how do we navigate the fourth industrial revolution?

FIRSTLY, there needs to be a concerted effort to improve human capital. Formal education will play a prominent role, but we cannot wait for the next generation’s workforce. The urgency calls for businesses to reskill and upskill the current workforce.

SECONDLY is the need to broaden the view of innovation. Efforts such as those by Agensi Inovasi Malaysia (AIM) to promote social innovation are a promising indication that innovation is now seen to transcend both technological and social realms, with a focus on delivering social impact and progress.

THIRDLY, in this complex nexus of physical, digital and biological worlds, a laissez faire approach will increase the risks to development. Governments play a critical role to proactively steer the future landscape by being agile, adaptive and responsive to these fast-paced changes.

Whether the current advances in technology merit being called a revolution remains debatable. But, never has the saying that change is the only constant been truer. Our ability to adapt to the complex and ever-changing scenarios will determine whether these technological advances prove to be a promise or a peril.