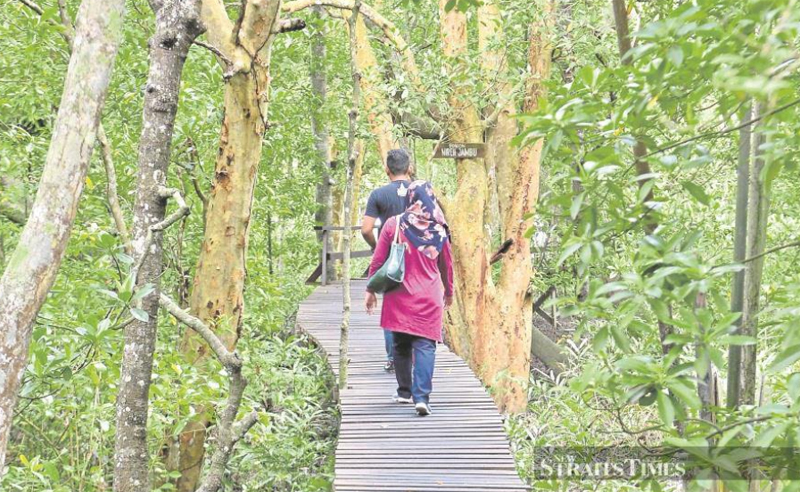 SUSTAINABILITY and environmental issues caught the headlines globally and in Malaysia last month.

In New York, as part of the United Nations (UN) General Assembly, the Climate Action and Sustainable Development Goals (SDGs) Summits were held.

Swedish activist GretaThunberg, 16, stole the limelight with a rousing speech that put the blame on world leaders for their inaction on climate change.

In his speech at the UN General Assembly, Prime Minister Tun Dr Mahathir Mohamad called for the world to prepare for climate change instead of war.

Domestically, the haze was yet another reminder that environmental preservation is crucial to our livelihoods.

At one point, Kuching was declared the most polluted city in the world based on the World’s Air Pollution Quality Index.

In assessing the world’s progress towards sustainable development, the UN’s 2019 SDGs report concluded that while there has been much progress on ending extreme poverty, boosting health and improving access to electricity, “the natural environment is deteriorating at an alarming rate”.

It highlighted that sea levels continue to rise, climate-related and geophysical disasters are becoming more frequent, claiming an estimated 1.3 million lives between1998 and 2017, and one million plant and animal species are at risk of extinction.

It demonstrated that despite the ramping up of rhetoric for sustainability, the environment is lagging behind as a development priority.

In Malaysia, while the 2020 Budget should be lauded for emphasising the importance of environmental protection, as a whole, the environmental sector made up only 0.7 per cent of the budget.

This ranks environment around 12 in terms of priority, below education, health, transportation and housing.

As a comparison, the average European Union expenditure on the environment is 1.6 per cent of government spending, with the Netherlands spending 3.2 per cent of its budget on environmental protection.

As we reach the end of the Vision 2020 timeline and start a new era through the Shared Prosperity Vision 2030, there is a critical need to articulate a model that can integrate environment and development in Malaysia’s own mould.

A review of the Vision showed that environment is included it.

The guiding principles includes “Sovereignty and Sustainability” as one of its principles and one of the “Key Economic Growth Activities” is on green economy.

Sustainability is also identified as one of seven “enablers” to accelerate implementation of the vision.

It remains unclear, however, how environment can be integrated as a core development agenda as there is a risk that it continues to be implemented separately, rather than across all sectors of development.

To elevate environment as a development priority, policies need to adopt approaches that establishes environmental interactions with other development goals.

FIRSTLY, we must better understand the links between environment and human security.

Recent incidents, such as the pollution of Sungai Kim Kim, and the haze have resulted in immediate and chronic health issues.

A study in 2016 by Harvard and Columbia University estimated more than 100,000 premature deaths occurred due to the 2015 Southeast Asian haze.

While the study was challenged by health authorities in Indonesia, Malaysia and Singapore, it is evident that a poorly-managed environment can affect our most fundamental basic needs: security and health.

The Vision, incorporating a needs-based approach, requires measures to mitigate the vulnerabilities and risks of communities to environmental incidents;

SECONDLY, we must integrate environmental values into the economy as the value of the environment is not taken into consideration in our system of national accounts.

It is estimated that Malaysia’s mangroves contribute RM2 billion to the economy annually due to its ability to filter nutrient and sediment as well as acting as a natural flood barrier.

Our coral reefs are estimated to be valued at RM145 billion, with coral reef-related businesses, such as food, fisheries, tourism and pharmaceuticals, contributing to more than RM2 billion to the economy every year.

The Vision emphasised the need to go beyond gross domestic roduct (GDP) as a measure of development progress.

A more holistic indicator required incorporating the contribution of the environment into such a framework.

Indices, such as the Inclusive Wealth Index, which measures the wealth of a nation based on its stock of assets, including natural capital, alongside manufactured, human and social capital, rather than income flows, should be studied; and,

THIRDLY, looking at the future economy, which is one of the guiding principles of the Vision, the reality is that the environmental movement is gaining traction and changing the demand of consumers.

As a small and open economy, Malaysia needs to respond to these dynamics.

This is most evident in the case of palm oil.

Despite the role of vested interests in Europe to discriminate against it to gain a competitive advantage, the industry needs to respond to the criticisms and demands to meet more stringent and credible sustainability criteria.

Ultimately, as a trading nation with an abundance of resources, we need to adapt to the changing environment naturally and economically.

A healthy environment will ensure a stable productive base that will allow Malaysians to respond to future challenges and shift to sustainable development.

This article first appeared in the New Straits Times on October 14, 2019