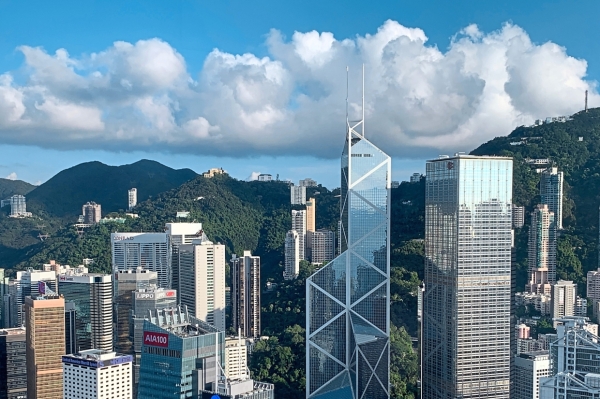 TWO generations ago cheap goods from Hong Kong were labelled simply “Made in Hong Kong,” but their poor quality soon made that embarrassing.

For marketing reasons they were then labelled “Made in the British Empire” or “Empire Made.” Britain, home of the First Industrial Revolution, was better regarded than any Far Eastern outpost.

However, manufacturing could never suffice for Hong Kong’s economy because of limited land and rising property prices.

Enter the space-efficient financial services industry, along with development of port services. Then a generation ago Hong Kong began to face its biggest challenge: China’s spectacular rise.

But if Hong Kong would be part of China again, wouldn’t it also enjoy the mainland’s rising fortunes?

Hong Kongers always had a problem with the first part ever since Britain’s takeover in 1841.

From the late-1970s the West was all for China’s “opening up” policies. Hong Kongers looked across the water to see Shenzhen’s phenomenal rise from old market town to bustling modern metropolis.

Shenzhen had twice Hong Kong’s population and a much faster rate of development. As just one cog in China’s production behemoth, Shenzhen soon buried Hong Kong’s prospect as a manufacturing centre.

In global references Hong Kong-Shenzhen-Guangzhou is the world’s biggest productive mega region, demographically twice the size of the next biggest in Nagoya-Osaka-Kyoto-Kobe.

But Hong Kongers still regarded themselves as a breed apart from the mainland – a “Made in the British Empire” attitude dies hard.

Not quite, especially when Shanghai would soon outclass it on both counts.

The Shanghai Municipality’s population is 3.5 times Hong Kong’s, with an area 5.7 times as large, meaning a more relaxed population density of just 62% of Hong Kong’s.

Business is Hong Kong’s business, but the mainland is doing better in both performance and prospects.

The Hong Kong stock market is not necessarily stable. Since the 1960s it has experienced a dozen market crashes.

Shanghai’s Stock Exchange market capitalisation of US$5.01 trillion is larger than Hong Kong’s by 26.5%. Hong Kong’s exceeded Shenzhen’s by only 12.8%.

Hong Kong as business enclave has been eclipsed and outdone by the mainland. At the same time its future increasingly depends on the mainland.

For China today Hong Kong is just another Chinese city, meaning it is dispensable. Shenzhen and the rest of the mainland do not need a nettlesome Hong Kong for China’s continued rise.

One, they assume Hong Kong is essential to the mainland’s future when only the reverse is true. There is no equivalence between Hong Kong and the mainland in any way that works for Hong Kong.

Two, protest appeals to mainlanders for support mistakenly attempt to rekindle the spirit of Tienanmen Square protests a generation ago.

Those protesters are now part of the system in a prosperous new China, actively engaged in business or government. Their original 1989 complaint of corruption in high places is keenly addressed by Beijing.

Three, attempts to solicit mainlanders’ support are badly confused with prejudice against them. Within days of trying to spread the protest message to mainlanders in July, protesters attacked mainland traders, shoppers and tourists.

Four, protesters violently attacked police personnel, alienating many Hong Kongers including most protesters. It signalled a slide towards civil disorder.

Six, more violence was targeted at the liaison office when sympathisers had thought protesters would never do that. It confirmed the criminality discrediting the protests as a whole.

Seven, besides disrupting traffic and commerce, harassing passengers at the airport and train stations. It did nothing to promote their cause to the general public but quite the opposite.

Eight, protests did not subside even after Hong Kong’s Executive backed down on the extradition Bill. It revealed the unreasonable nature of the protests.

Nine, no protester had demanded democracy for Hong Kong in 156 years of British colonial rule. If they had, they may have a legitimate basis for demanding democracy today.

Ten, it was foolish to unfurl the Union Jack and call for reverting to British rule. Seeking the denial of democracy by a foreign hand exposes the hypocrisy of the protests.

Eleven, it was foolhardy to unfurl “Old Glory,” calling for US intervention during a US-China trade war. With trade a major basis of Hong Kong’s survival, it was politically suicidal.

Twelve, protesters fail to understand that no other country can or would do what is necessary to boost Hong Kong’s fortunes. Only the mainland can do that if it wants to.

Young protesters still to find employment amid poor conditions and rising costs may think they have legitimate grievances.

Yet all the solutions – more investment, better job prospects, even improved governance – can come meaningfully only via the mainland.

Beijing can deploy troops to Hong Kong, but to what end?

Hong Kong’s worst punishment is getting exactly what the protesters want – isolation. That will leave it further behind as the mainland prospers, surging ahead.

Hong Kong can stew in its own juices until tender. Beijing may let the anger fester and rot until then.

Hong Kong’s strength as money-making hub is also its weakness. Its stock market can crash again, which can also send a message to Taiwan.

Hong Kong tycoons are already looking for more places abroad to stash their fortunes. Without decisive mainland investment, the economic enclave can die a natural death.

Mr. Bunn Nagara was Associate Editor and Foreign Editor of Star Publications, Senior Analyst and Visiting Fellow at ISIS, Research Fellow at ISEAS and ASEAN Fellow at the Japan Institute of International Affairs. He held senior posts at New Straits Times, New Sabah Times and TV3 News, was Editor of New Voice of Asia journal, Contributing Editor of South Review, and analyst at Malaysian Industry, ABC (Australia) Radio and commentator on Asiaweek and Aljazeera. For covering the 1986 People Power Revolution, he received an NUJ citation and a Medal of Honor nominated by Philippine media and church leaders. Bunn has published in Race and Class, The Indonesian Quarterly and Contemporary South-East Asia journals besides the Asian press. He co-authored Agents of Peace: Public Communication and Conflict Resolution in an Asian Setting (Jakarta, 2004), Regional Order in East Asia: ASEAN and Japan Perspectives (Tokyo, 2007), and The Rise of China: Perspectives from Asia and Europe (New Delhi, 2008). He has contributed to undergraduate, civil/public service and journalism courses. He graduated from Southampton University and obtained a Post-Graduate Diploma from Uppsala University. He is a life member of the Malaysian Social Science Association and the Malaysian Association for American Studies, and is an East-West Center Associate. His research interests span ASEAN, East Asian integration and global power relations.
By: Bunn Nagara
3,890FansLike
6,104FollowersFollow
128SubscribersSubscribe