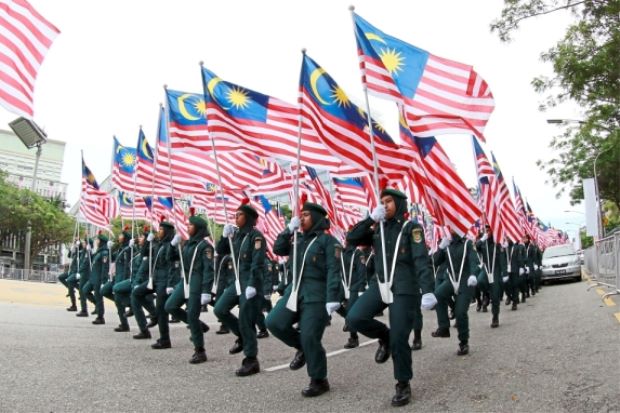 AS the new Pakatan Harapan administration was being sworn in on May 10 last year, some anxiety stirred in Singapore.

This was a new government in an important neighbour, Malaysia, with mostly new members and leaders. Unfamiliarity tended to breed doubt and uncertainty.

Still, there was some familiarity in returning Prime Minister Tun Dr Mahathir Mohamad, who had featured in some jousting with his Singaporean counterpart, the late Prime Minister Lee Kuan Yew.

Would the Pakatan government simply mean a repeat of differences flaring from time to time? On the surface, bilateral relations seemed set to be problematic again, contrary to the actual potential of the situation.

The challenge, however, is for Singapore to understand the changed circumstances in Malaysia’s polity, which goes beyond the personality of individual leaders.

Malaysia’s anxieties then – essentially, those of Malay-defined Umno and by extension Barisan Nasional (BN) – covered Chinese-majority Singapore’s perceived endorsement of the Chinese-led DAP, which shares roots with the PAP. In return, a BN-governed Malaysia would stop championing the perceived interests of Malay Singaporeans. That arrangement held, contributing to the changed circumstances today.

Singapore’s political establishment may also worry that an empowered opposition in Malaysia after GE14 may trigger a similar change in government in Singapore.

However, no such trigger effect exists – if anything, the reverse may be true. Singapore’s Operation Spectrum in May 1987 which arrested 16 people under the ISA was followed five months later by Malaysia’s Operation Lalang which arrested more than 100 people similarly.

Occasionally prickly bilateral relations also stemmed from the personalities of Mahathir and Lee, who had common attributes and differences.

Both leaders were active since the colonial days and appreciated the value of the independence struggle. Both understood the imperative of building their respective nations to achieve developed status.

However, the fact that Singapore was cast from Malaysia just two years after the latter’s formation was not without a legacy. Continuing to be physically close when one was once part of the other meant some residual sensitivities.

Nonetheless, the situation in Malaysia today has changed and continues to evolve. What is good for Malaysia should also work positively for Singapore, since there is no zero sum arrangement here.

The DAP is now part of the Pakatan government. Although it has also grown apart from the PAP, being sometimes even critical of it, this is not a problem for the quality of bilateral relations.

Many members of PKR and PPBM (Parti Pribumi Bersatu Malaysia) were once in Umno and should therefore not be too unfamiliar. By being more acceptable to Malaysians in being less tainted by recent scandals, they should also contribute better to bilateral relations.

Most members of the fourth Pakatan party, Amanah, represent the more progressive “migrants” from PAS. If this works positively for an inclusive New Malaysia, it should also do so for secular Singapore.

All this promise is being led by a transformed Mahathir. It was the belief in this transformation in his later years that made the Pakatan partnership and victory possible.

In Singapore, former Prime Minister Lee is also no longer Senior Minister or Minister Mentor. The history of sometimes edgy Mahathir-Lee relations is just that – history.

On Lee’s passing in 2015, Mahathir posted an appreciation of Lee’s role and contribution in his blog. For Malaysians, that sealed the chapter of occasionally fraught relations across the Causeway.

Yet when Putrajaya sought to review the pricing of water with Singapore, and some issues involving maritime boundaries and air space, a sense of history being repeated emerged.

These developments have taken place in the different political environment in Malaysia. They therefore need to be understood within this changed context – without the former troubling baggage.

To Putrajaya, there is a need to settle these niggling issues once and for all, for good. And there is probably none better to do so than one who has lived through the earlier phases of disagreement.

Water pricing has never been revised since the agreements were made in 1961 and 1962. While there was to be no change in pricing for the first 25 years, there was also no deadline for a revision.

Singapore need not feel anxious over Malaysia’s efforts to seek more revisions in future. Once a new pricing agreement is reached, nobody in Malaysia would be keen to dig up the issue repeatedly.

Pakatan’s New Malaysia plan is to look forward and focus on the country’s internal challenges. It seeks to rebuild the country economically and to establish the nation on a more secure, democratic and progressive footing based on the rule of law.

This more open and participatory approach involves greater transparency and inclusiveness. The new Malaysian polity will be more amenable to negotiations and less susceptible to communal sentiment.

Perceptions of other countries and relations with them should also be less coloured by such discriminatory sentiments. Among Malaysia’s priorities is also the fight against cross-border crime, including corruption, which requires transnational efforts.

This is where relations with other countries, including Singapore, will benefit. However, Pakatan has only just begun this journey and much more needs to be done.

The politicisation of race and religion had been a generations-long bane for Malaysians – and Singaporeans. This had blighted bilateral relations beyond the personal differences between Mahathir and Lee.

Ideally, a Malay-majority Malaysia and a Chinese-majority Singapore need not incur any problem in their relations. The fact that they did for more than half a century should serve as a lesson to both societies on how to turn that crucial corner.

In a Malaysia under new management, the possibility remains to chart a new, more constructive course with its important neighbour to the south.

The hope is that Singapore will reciprocate so that the journey can be undertaken productively together.

Mr. Bunn Nagara was Associate Editor and Foreign Editor of Star Publications, Senior Analyst and Visiting Fellow at ISIS, Research Fellow at ISEAS and ASEAN Fellow at the Japan Institute of International Affairs. He held senior posts at New Straits Times, New Sabah Times and TV3 News, was Editor of New Voice of Asia journal, Contributing Editor of South Review, and analyst at Malaysian Industry, ABC (Australia) Radio and commentator on Asiaweek and Aljazeera. For covering the 1986 People Power Revolution, he received an NUJ citation and a Medal of Honor nominated by Philippine media and church leaders. Bunn has published in Race and Class, The Indonesian Quarterly and Contemporary South-East Asia journals besides the Asian press. He co-authored Agents of Peace: Public Communication and Conflict Resolution in an Asian Setting (Jakarta, 2004), Regional Order in East Asia: ASEAN and Japan Perspectives (Tokyo, 2007), and The Rise of China: Perspectives from Asia and Europe (New Delhi, 2008). He has contributed to undergraduate, civil/public service and journalism courses. He graduated from Southampton University and obtained a Post-Graduate Diploma from Uppsala University. He is a life member of the Malaysian Social Science Association and the Malaysian Association for American Studies, and is an East-West Center Associate. His research interests span ASEAN, East Asian integration and global power relations.
By: Bunn Nagara
3,886FansLike
6,090FollowersFollow
128SubscribersSubscribe