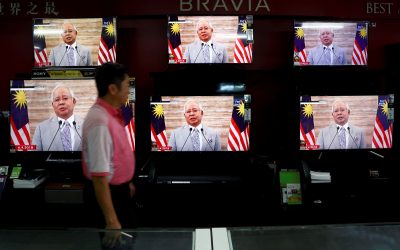 After recouping the Semenyih state legislative assembly seat, it comes as little surprise that the United Malays National Organisation (UMNO) and the Pan-Malaysian Islamic Party (PAS) are finally formalising their cooperation. The implication of this is that political discourse will only regress further to the right. The hardening of racial and religious divides on the back of perceived Malay-Muslim victimhood is another consequence.

Any legislation the Pakatan Harapan (PH) government introduces will be scrutinised through racially-tinted lenses. Policies perceived as affecting the interests of Malay-Muslims can expect stronger challenges from now on. At best this would come at the cost of significantly increased political effort to pass much-needed reforms — at worst, it could see an increase in the wielding of vetoes.

In this new political landscape, UMNO are no longer shackled by the Barisan Nasional consociational model of power-sharing and PAS are free to up the stakes rhetorically. This collaboration will demand even more exclusivist policies when it comes to the Malay-Muslim agenda.

For UMNO and PAS this formalised collaboration also lends credence to its preferred narrative. They can argue that Malay privilege and the special position of Islam are only upheld through mutual cooperation of the Malay-Muslim political parties on one hand and the broad unwavering support of the Malay-Muslim electorate on the other.

By presenting an image of Malay-Muslim interests being under siege by the other parties, UMNO and PAS can expediently position themselves as defenders of everything ‘Malay and Islam’ in an attempt to consolidate votes on racial and religious grounds.

Not novel in Malaysian politics, adding to the same sense of impending victimhood is the Democratic Action Party (DAP), a largely ethnically Chinese political party are now in power as part of the PH coalition. This is coupled with the appointments of non-Malay-Muslims to the key positions of Attorney-General, Chief Justice, Law Minister and Finance Minister.

The political calculations for this are obvious.

Malay-Muslims constitute the largest voting bloc in Malaysia but no one political party has a significant majority over another. The Malay electorate in the 2018 election were split 25–30 per cent in favour of PH, 35–40 per cent towards UMNO–Barisan and 30–33 per cent to PAS.

Also as Article 113(2) of the Constitution states, any re-delineation of constituencies is only permissible after 8 years. The constituencies allegedly delineated along racial lines just before the 2018 election will remain so until the next election. Up for grabs then will be 134 out of the total 222 federal constituencies in Malaysia that have Malay majorities.

Coupled with the reality that the non-Malay electorate had almost completely repudiated UMNO and Barisan Nasional (BN) in the previous general election, this cements the case for UMNO to collaborate with PAS and jointly attempt to capture the Malay-Muslim vote.

In contrast, PH is constrained by its positioning as a multiracial coalition and by DAP supremo Lim Kit Siang warning that his party will leave the newfound coalition if the ideals of ‘New Malaysia’ are abandoned. The DAP commands 42 out of 125 of PH’s seats in the Dewan Rakyat, making up almost a third of their strength.

There is also the risk that even slight flirtation with any Malay-Muslim political exclusivism could come at the expense of PH’s non-Malay vote base. This stood at 95 per cent of Chinese voters and 70–75 per cent of Indian voters in the 2018 election.

Temptations to flirt with Malay political exclusivism will only rise further as UMNO and PAS increase the stakes and rhetoric. PH ought to refrain from knee-jerk reactions to appease the Malay electorate that play into the hands of UMNO–PAS. Instead, PH should understand that Cameron Highlands and Semenyih have always been traditional BN strongholds and not read too much into the results.

As of now it remains uncertain how successful the UMNO–PAS collaboration will be, and whether it poses a genuine threat to PH. In the meantime, PH should view the current racial and religious groundswell as a manifestation of the Malays’ insecurities, and perhaps, how things have not changed for the better since the 2018 election.

The unfortunate fact is that while GDP and foreign direct investment numbers matter to some in urban bubbles, it means little to many at the grassroots if it does not improve more direct ‘bread and butter’ issues such as high living costs, stagnant wages and low employment opportunities.

Without meaningfully addressing this, the sense of victimhood felt by the Malay-Muslims will only amplify, making it no wild stretch of imagination for the Malay swing electorate to revert to the familiarity of UMNO and PAS in the next elections.

There lies the foundation of any counter-narrative PH can offer to the electorate. This counter-narrative also needs to be coupled with nation-building initiatives to undermine the racial and religious bravado propped up by UMNO and PAS that seeks to appeal to the baser instincts of race and religion.

It would be unrealistic to expect PH to turn the tide around overnight. But with the elation of the May 2018 election victory quickly fading, PH would be wise to ignore the cacophony. It should focus on its mandate, remembering that there can be no legitimate government in Malaysia if it merely represents one ethnic group.