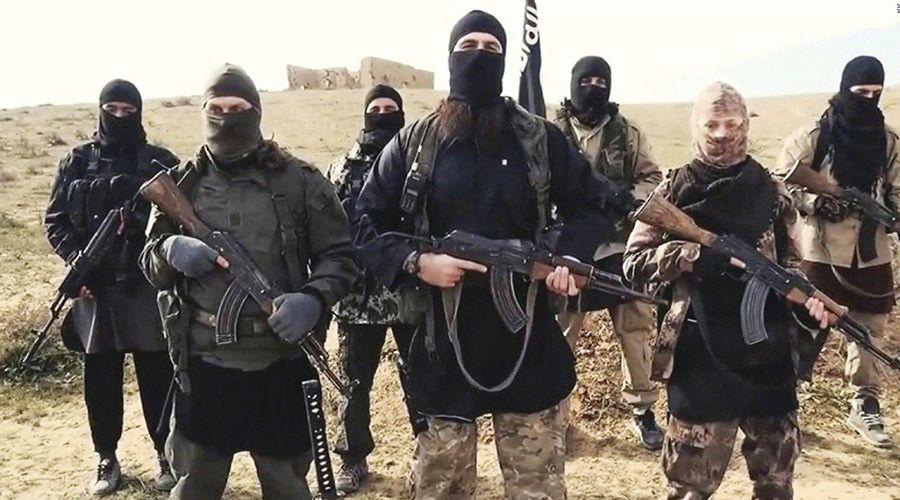 “THE pen is mightier than the sword”, is a popular saying, depicting the possibility of how a couple of words on a page can be harmful. So effective are Daesh’s methods that in 2015, it was reported in Malaysia that 75 per cent of its supporters were radicalised online.

Communication and messages have the ability to shape the minds and opinions of the audience.

An individual’s radical pathway can begin with exposure to materials pulling them towards certain causes and conclusions. As such, in the materials are narratives that leverage ideas and context.

Daesh is often cited as a case study for strategic communications in the digital age, particularly when selling a controversial message such as spreading its propaganda. The group utilises a variety of narratives, ranging from the violent to the approachable.

In the early days of Daesh, the group distributed powerful and emotive videos of graphic executions committed by the group. The content is juxtaposed with narratives of the Mujahideen life, a narrative that can be seen as a continuation of previous struggles of different extremist organisations.

The messages were delivered through open channels and can move forth into private ones later on.

Combating these messages requires a varied and comprehensive strategy. Unlike the offline realm where power resides in institutions, cyberspace can virtually dilute offline structures to create a plane that is deceptively equal. This means every individual or entity placing content online has an own space to project messages.

Some tech companies have reacted to curb the proliferation of radical messages in their networks with encrypted platforms and personal messaging applications, but they also enable communication channels to persist.

Additionally, the asymmetry of “wills” also means that highly determined actors may shift between platforms and usernames until they are physically caught.

Daesh’s strategic communication strategy can be said to have several aims. Among them is the projection of Daesh’s capability and the recruitment of new individuals.

Malaysia’s own counter-messaging endeavours are focused on the narratives introduced by Daesh, other extremist organisations or through current affairs.

In the long run, such endeavours can seem reactive and may not be sustainable. Thus a wider strategy with a long-term goal may be advantageous, particularly if it builds on the nation’s resilience and has an objective such as to maintain a moderate and peaceful society. The strategy should ideally consider several factors.

After all, individuals entrenched in the ideology with a high risk of committing violence pose larger threats than individuals lower on the radical spectrum. However, there can be potential in audiences other than those at risk.

The list can be whittled down to identify areas such as gender, age, education, location and priority interests. Finding, identifying and classifying the target audience allow messages to be tailored and eventually, monitored and assessed.

SECOND , configure an assessment paradigm that suits counter-messaging efforts. The assessment should refine the overall communication strategy into achievable aims.

This can be done by conducting surveys that gauge the people’s sentiments. However, the challenges stem from two aspects. One, to come up with tangible aims, such as encouraging the general audience to become producers of counter-messaging content or to increase their engagement with such content. Two, to craft a measurement method that accurately assesses the effectiveness of counter-messaging campaigns. For example, how does one gauge the behavioural changes of online targets?

Messages are best received through trustworthy sources and each audience profile may consume information from different mediums. While media and communication platforms are seen as the main carriers of messages, mediums such as school curriculum, religious centres and any place of congregation can play a role in shaping the minds of the future. Identifying and collaborating with different parties can make for a holistic strategy in strategic communication. Thus as horizon scanning is necessary to understand the baselines, such an exercise can also be a source of information.

A few weeks ago, Merdeka Centre reported findings from a recent survey of 5,000 people in Malaysia, Indonesia, Thailand and the Philippines on extremism. The survey widened the target audience from the extremists to include the sentiments of those sympathetic to the cause.

The report seems to indicate a crisis of multicultural identity in this day and age, which challenges the idea of resilience in Malaysia. In addition, despite the military defeat of Daesh in Syria and Marawi, a flurry of arrests still occurred throughout the year.

It seems that the threat of violent extremism is here to stay.

In today’s digital realm, messengers and producers can be one and the same. While stimulation from the state may be needed as an impetus for action, a whole of society approach that is organic is the most sustainable of outcomes. Finding the audience, constructing the overarching strategy and monitoring progress can be ways forward for counter-messaging.

Farlina Said is an Analyst in the Foreign Policy and Security Studies programme of ISIS Malaysia since 2015. She graduated from S Rajaratnam School of International Studies (RSIS), Nanyang Technological University with a MSc (Strategic Studies). As a part of the think tank she was involved in crafting various dialogues and forums on cybersecurity, radicalisation and Malaysia-Korea relations. Her written work and comments have appeared in the local and international media such as New Straits Times and South China Morning Post. She was a part of SEARCCT’s Experts on Violent Extremism and Community Engagement (EVOKE) Council (2018-2019).
By: Farlina Said
3,952FansLike
6,241FollowersFollow
128SubscribersSubscribe