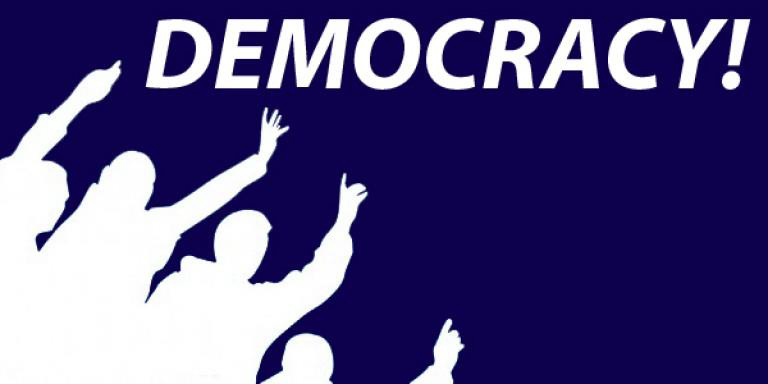 The resulting tremors swiftly spread to Hong Kong. The presumed and much-cherished stability in both places was suddenly disturbed, with some fearing the worst. An even more disturbing jolt to some political hopes had swept Taiwan and Hong Kong in similar succession just before, with greater shock and far more enduring tremors.

A by-election in Hong Kong the following day saw the defeat of the democratic opposition in a key seat of the legislative council. The pro-Beijing camp won an added edge at the expense of the democrats, precisely when civil liberties are said to be eroding.

Both offshore and onshore quakes began in Taiwan where the impact has been greater. But the latter tectonic movement is likely to see more political aftershocks, particularly in Taipei.

Tsai’s political future is in doubt as her career prospects are now expected to fade. The popular view is that Lai is set to assume the mantle of DPP chairman as the party prepares for the 2020 presidential election. Yet that view may be too simplistic because Lai has an even stronger pro-independence tendency. For voters alienated from independence chatter at least, Lai’s DPP would then become more problem-ridden than Tsai’s.

Meanwhile the scale of the DPP’s loss is not to be underrated. That it was not even expected to lose renders the situation more vivid.

The independence-leaning DPP had controlled 13 cities and counties, but has now lost seven of them. The KMT more than doubled its strength to 15 cities and counties. In terms of seats for the grand total of 912, the KMT gained 20 to win 394. The DPP lost a whopping 70 to hold only 238.

This apparently abrupt turnaround may cause more than a few ripples, building and amounting to something of a political tsunami. The DPP’s decline is already two years old, and it is still in descent mode. At the same time, many Taiwanese with more pressing concerns may regard the DPP’s continual
testing of the limits of the 1992 Consensus (on recognising both Taiwan and the mainland as belonging to the same country) as tiring.

Tsai has even applied for Taiwan to join the US version of the Indo-Pacific Strategy, whatever that may be, regardless of its China containment-consistent character. Such contentious outward projections at the expense of local constituency support finally undid the DPP’s hold on government.

On balance, the electoral turnaround was less a KMT victory than a DPP loss. The people were largely underwhelmed by the DPP’s performance and clearly felt it was time for change.
Tsai and her party colleagues came to be seen as complacent, mediocre or worse – several specific projects had failed. The DPP seemed to have made no meaningful impression in any positive way.

Many voters had apparently tired of its barbed rhetoric against Beijing, while pro-independence stalwarts were disappointed with its lacklustre stance on autonomy.
And so, what Tsai is to cross-straits relations is what Theresa May is to Brexit – ultimately neither here nor there, while various concerns lingered and festered.

That swiftly became an electoral liability for the DPP. Its “no deal” approach meant a “no” vote for it, with the vote for the KMT coming as much as a protest vote against the DPP. Kaohsiung in the southwest testified to that basic reality. Long a DPP stronghold, it suddenly became a gift to the KMT’s fastrising star Han Kuo-yu.

Nonetheless, that need not mean the KMT now owes its success entirely to the DPP’s flaws. For example Han, the new mayor of Kaohsiung, worked hard in down-to-earth fashion to win a welldeserved victory.

When the KMT nominated him as its candidate his prospects were slim to none. But his victory suddenly became a measure of popular disgruntlement against the DPP’s sense of elitism and entitlement. In caricature form, farmer Han’s KMT campaign being pitched against his rival Chen Chi-mai of the DPP may be depicted as country bumpkin versus city slicker.

It says something about Taiwan’s political climate today that a country bumpkin is guaranteed to win against a city slicker. Han’s campaign was also helped by his savvy daughter leading a band of young cheerleaders. Their smart use of social media reportedly sealed it.

To an electorate challenged by economic circumstances, the DPP’s dalliance with political games where Beijing was the predictable bugbear betrayed its sense of public duty. The party’s neglect of economic imperatives confirmed that liability to its cost. In sum, the DPP’s sweeping losses resulted from its lack of capacity and competence in office. The KMT’s strengths going into the election result by comparison have been minimal.

Meanwhile in Hong Kong’s 70-seat legislature, the significance of the marginal increase in pro-Beijing representation at last Sunday’s by-election appears to be greater than the actual number suggests.

The impact of the election result seems more significant given the apparent anxieties about China’s growing influence in the territory. Yet this more China-friendly result is what people have to accommodate, all partisanship aside.
There can be no simple or direct comparison between Taiwan and Hong Kong in relation to China, of course. The political distances between Beijing and each of Taipei and Hong Kong are different.

However, what Taiwan and Hong Kong share is a tendency of the losing side to blame alleged Chinese machinations in the election result. Such allegations have a problem when few if any believe them. What has China’s own response been? Reportedly, only to welcome more cooperation from Taiwan’s cities and counties.

In terms of manoeuvres by the People’s Liberation Army (Navy), China has also stopped encirclement patrols in and around Taiwanese waters and airspace since last June. Some analysts interpret this as Beijing’s desire to avoid provoking Taipei.

If China can do this for Taiwan, it can also do it for Hong Kong or any other territory or nation with which it has territorial disputes.

The onus should be on China, as the bigger country and the one with more resources, to make the first move. Since smaller countries are more reactive than pro-active, they will respond accordingly.

Democrats may fret at what appear to be “pro-China” developments in Taiwan and Hong Kong. But since the developments resulted from democratic elections, they are actually pro-democracy.

Other elections at other times may yield quite different results, of course. A healthy respect for democracy is where the results of all legitimate elections are equally acknowledged and accepted.

Simply saying so may not appease many critics in either place or anywhere else, however. A better prospect would be to embrace all democratic outcomes consistently. Doing so requires applying the same approach everywhere: from within a political party in a country to the popular vote in all other countries.

To the US administration’s credit, Washington congratulated the KMT’s winners on the day the results were announced. Such responses now need to be seen more consistently across the board.