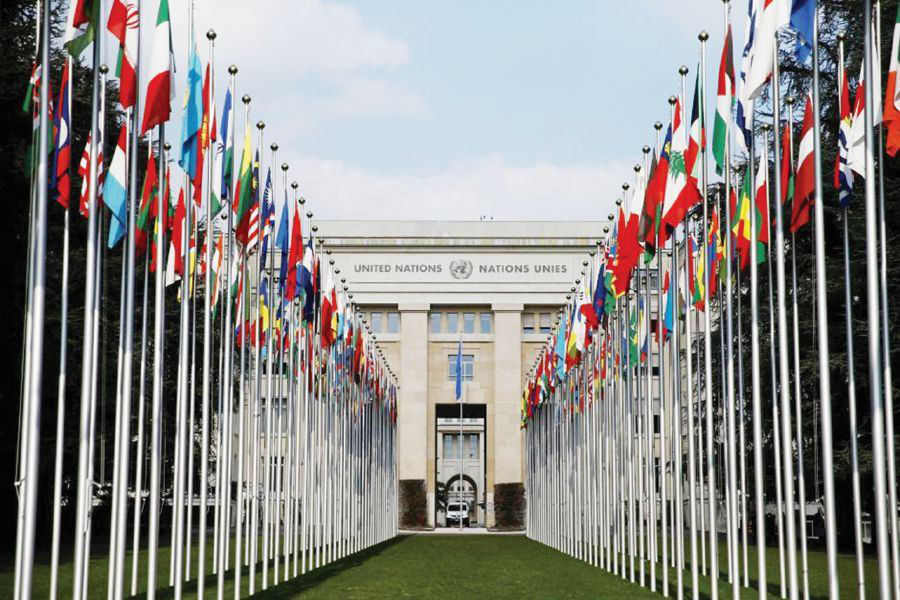 As the role of states wanes, countries that provide space and incentives for non-state actors stand a better chance at achieving meaningful progress.

AMIDST the ongoing trade tensions, the High Level Political Forum, the United Nation’s meeting to review progress on the Sustainable Development Goals (SDGs), ended on a sobering note last month. A ministerial declaration, the outcome of the forum, while adopted, was put to a vote and agreed by all but two countries in the world, with a United States being one of those that voted against it.

To the casual observer, this may seem like looking at the glass half empty. Only two countries out of 193 did not agree to a declaration that merely reaffirmed the international commitment to SDGs and, admittedly, may not have much of an impact on the ground anyway. However, the declaration fell short of an international consensus, with the mantra “nothing is agreed until everything is agreed”, and with the US — the largest donor in foreign aid — voting against it, it loses a degree of legitimacy. More importantly, diplomatically, it is a sign that the current strains on multilateralism in trade and security are now spilling into development cooperation.

The lack of cooperation is not only in rhetoric but can also be seen in foreign aid flow. The UN’s agreed target of spending 0.7 per cent of national income on development aid by developing countries continues to be missed, with only five of 29 countries meeting this target. More worryingly, foreign aid has declined with countries’ spending 0.31 per cent of their combined gross national income in 2017, down from 0.32 per cent in 2016.

Alarmingly, these challenges will only get worse, being amplified by conflict, climate change and growing inequalities. For example, after significant progress made previously, we are now seeing an increase in the number of undernourished people, rising from 777 million in 2015 to 815 million in 2016, mainly due to conflicts and natural disasters exacerbated by climate change.

As a consequence, some have said the SDGs are merely acting as a tool to monitor our demise rather than as a framework for action. At a time when UN Secretary-General António Guterres warns that “as today’s problems grow ever more global, multilateralism is more important than ever”, the effectiveness of multilateral cooperation and institutions is being questioned.

Looking at the glass half full, however, there can be reason for some degree of optimism by observing the High Level Political Forum. Much of it came not from governments, though, at least not national governments.

More than 200 mayors from all over the world attended the meeting, with New York City presenting the first ever voluntary local review on SDGs and paving the way in demonstrating how cities can take the lead in sustainable development. The Republic of Ireland gained plaudits by having youth delegates as part of its national review presentation.

Malaysia’s very own Tan Sri Michelle Yeoh used her celebrity status and UN Development Programme Goodwill Ambassador role to promote sustainable fashion. While there is nothing new about the involvement of non-governmental individuals and organisations within the multilateral process, now municipalities, NGOs, youths, academics and other stakeholders are playing a leading role in intergovernmental forums.

This raises two important points. Firstly, the decision-making structure under the auspices of the UN General Assembly based on “one state, one vote” is becoming less and less relevant. As the outcomes in the form of declarations are being questioned, those that are influential in mobilising action — governments or otherwise — are the key players in such a forum. Powerful networks of businesses, NGOs and academics — often from developed countries — have emerged to become influential in shaping the agenda at the UN.

Secondly, the positions that countries take during the negotiations may not necessarily reflect what is happening domestically. New York City is a case in point, where despite the US current distrust of the multilateral system, the city is strongly advocating implementation of the SDGs.

Both points above suggest that countries that have strong capacities beyond government — such as civil societies, academics and businesses — that are involved in development issues will fare better at both diplomatic and domestic implementation levels. Countries and governments, including Malaysia, should take note of this and support non-government entities that can contribute to development cooperation and action.

At a time when identity politics and economic nationalism threaten to dominate both national and international politics, countries that provide the space and incentives for various stakeholders to participate and contribute to development goals will stand a better chance at balancing diplomatic outcomes with meaningful progress.

Mr Alizan Mahadi is a Senior Fellow with the Technology, Innovation, Environment and Sustainability (TIES) division at the Institute of Strategic and International Studies (ISIS) Malaysia. Previously, he served as the Special Officer to the Science Advisor to the Prime Minister and Chair of the Intergovernmental Science-Policy Platform on Biodiversity and Ecosystem Services (IPBES). Alizan is currently completing his PhD at the School of Media and Governance at Keio University, Japan on understanding the influence of Sustainable Development Goals (SDGs) to address interlinkages across SDGs. His research area includes governance of and for sustainable development and global environmental governance and was previously the lead author for the National Readiness study to implement the SDGs for the Economic Planning Unit of Malaysia. His other areas of research include institutions for sustainable development and sustainable consumption and production. He is currently a team member of Future Earth’s Knowledge Action Network on SDGs (SDGs KAN). Alizan also has extensive experience in network building, including being a founding member of the Malaysian CSO SDG Alliance and the founding principal officer of the Sustainable Development Solutions Network (SDSN) Malaysia Chapter. Alizan has a MSc in Sustainable Development from University of Uppsala, Sweden and had 5 years of experience as a sustainability consultant in the United Kingdom prior to that.
By: Alizan Mahadi
3,890FansLike
6,103FollowersFollow
128SubscribersSubscribe