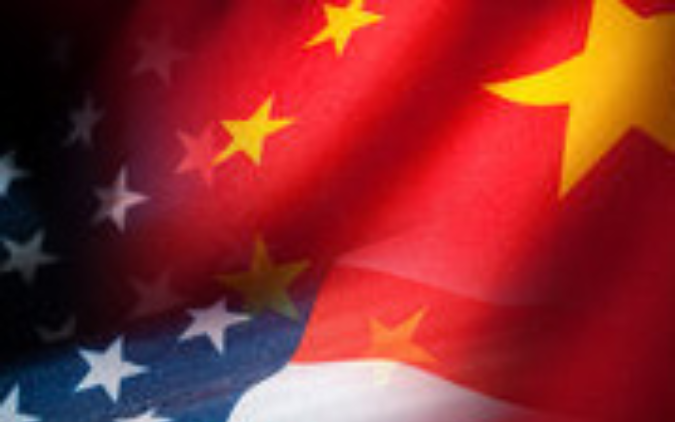 ONE phrase captures the complex and often baffling world of international relations today: a shift towards multipolarity.

This growing reality is experienced more than it is understood or even commonly perceived. The familiar notion of much in global geopolitics revolving around the US as major pole has stuck. This is partly because old habits die hard. People everywhere have grown accustomed to the US as leading superpower, and following the collapse of the Soviet Union, as sole superpower.

The US global position remains unassailable: despite the hype, China is not yet able to compete for the global superpower stakes and is not doing so. A rising China is now focused only on regional big power status.

A real sense of competition may take hold if the US perceives China as a clear rival and acts accordingly. This would force a largely reactive China to define its own geopolitical space and thus be seen as defending or competing for it.

While much in the US or Western narrative still relates to fundamental changes in today’s world, too much is attributed to it. Many changes now lie outside its scope or tend to move away from it that in itself being a sign of growing multipolarity.

A sign and a result of China’s rise is the Asian Infrastructure Investment Bank (AIIB). Factors that prompted the AIIB included China’s marginalisation by major Western-led financial institutions the World Bank, the IMF and the Asian Development Bank, despite China’s growing economic strength.

An obvious funding project for the AIIB is China’s ambitious Belt and Road Initiative (BRI), although Beijing played down the connection initially. The bipartisan response from a Washington that saw China as a competitor was to snub or spurn them, even quietly pressing allies to do likewise.

However, before many countries could decide on their own response, closest US ally Britain announced its support for both. That triggered more Western countries to do the same.

Britain’s move is not surprising in historical context, despite the question marks it placed on the USUK special relationship. For centuries Britain regarded itself as first among equals in the West, if not better, in forging profitable global relationships.

The British Empire had bested all other European equivalents, holding sway long before any unique relationship with the Americans. But while London’s relationship with Asia then was one between colonial master and subordinate, today it is between partners.

Such adjustments can be tricky or elusive. For decades Australia, as another US ally, struggled and still struggles, with geopolitical changes that shift its centre of gravity from the West towards Asia.

Granted much of this shift is only economic, but economics defines much in the modern world. Since geography still matters, being located nearer to Asia than Europe or North America now limits Australia’s options.

To be at the “arse-end of the world”, as two of its Prime Ministers have put it, means Australia all the more needs to reconcile with its regional realities. But while its 2003 Foreign Affairs White Paper acknowledged China’s rise and the 2012 White Paper on Australia in the Asian Century embraced these trends, last November’s update longed for an Australia more closely tied to the West.

Other regions such as North-East Asia have been more realistic and forward-looking. Events there have also testified to change in the direction of multipolarity.

The Obama years had alienated both China and Russia, making them natural allies over a range of issues. This coincided with the re-emergence of both countries that are also among the five supposedly promising economies of BRICS, together with Brazil, India and South Africa.

The West’s snub of Russia leaned in favour of China and Russia’s subordination to Beijing, given China’s larger economy and vast schemes like BRI. Soon China’s prospect was seen to overshadow Russia’s role in Central Asia and Eurasia such as the Eurasian Economic Union (EAEU).

Meanwhile frosty Japan-Russia ties were a given, particularly with Japan’s status as a US ally and its dispute with Russia over the South Kurile Islands (Northern Territories). But Tokyo and Moscow are set for a change.

Among the prizes at stake are Russia’s oil and gas deposits in its Far East region sought by both Japan and China. This competition works in favour of Russia as energy supplier.

With close China-Russia ties resulting unwittingly from US policies, Moscow now needed to reboot its relations with Tokyo. As projects like the Baku-Tbilisi-Ceyhan pipeline have shown, even costs are secondary to geopolitics as a consideration.

To Japan, it could only gain if Russia became a partner or if Russia-China ties loosened, preferably both. Japan is particularly spooked by a sense of growing military cooperation between China and Russia, and their common interests in North Korea.

Prime Minister Shinzo Abe visited Russia twice in 2016 to discuss energy and technology with President Vladimir Putin, who returned a visit in December. For years now Abe is seen to be the weaker of the two, so he hedged his bets by acknowledging the prospect of more cooperation with China.

Abe gave his Trade Ministry the added responsibility of developing economic ties with Russia, challenging Western-led sanctions against Moscow. For Japan the stakes would seem to be higher. Visits and meetings between Japanese and Russian leaders continued throughout last year, with Japan as virtual supplicant. Russia did not budge in giving in to Japanese hopes of retrieving four disputed Kurile islands.

Instead, Russia proposed constructing a bridge between Sakhalin and Hokkaido, both as a symbol of peace and as practical infrastructure between both countries. Without the kind of progress in relations Japan has been yearning for, Abe plans to visit Russia twice this year and to invite Putin to Japan next year.

The two leaders will also meet on the sidelines of other summits elsewhere during this time, regardless of their bilateral limitations. Thus the much-presumed pact between Russia and China is not set in stone.

Neither is any prospect of a substantive Russia-Japan partnership. If indeed Russia is wary of a rising China, it is also wary of Japan’s firm alliance with the US.

Although President Donald Trump is supposed to be Russia-friendly, he is under continuing pressure from the same US Establishment keen on preserving the alliance with Japan and wary of both China and Russia.

Post-Brexit, successive Conservative and Labour governments are consistent in looking East despite the reservations of pundits at home.

And just in case China may seem to have things too easy, even its prized BRI project has already encountered problems with none other than staunch ally Pakistan.

Work on the Diamer-Bhasha hydroelectric dam is suspended over sovereignty issues while talks on railway and airport projects have stalled. Bumps in the road and knots in the belt have also surfaced in Nepal, Myanmar and Thailand.

All told, the other thing about multipolarity is its uncertainty.