Home Topics Economics, Trade and Regional Integration Don’t Expect 2018 Budget to be Panacea to All of Nation’s Problems 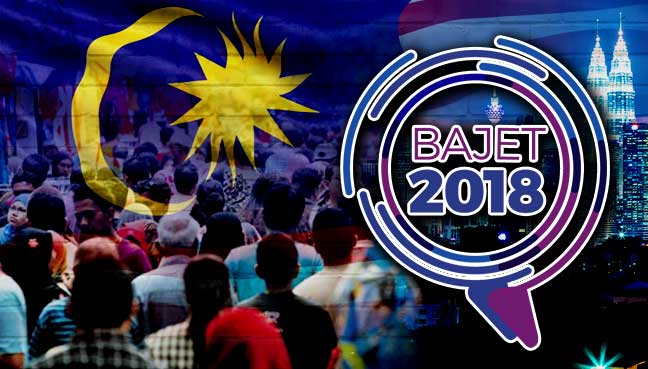 The 2018 Budget, set to be tabled in Parliament by Prime Minister Najib Razak on Oct 27 (Friday), will be the last before Parliament is dissolved for the 14th general election.

The budget will attempt to combine fiscal responsibility — consistent with the federal government’s commitment to narrow the budget deficit — together with the many needs, expectations and desires of Malaysians.

The 2018 Budget is anticipated to show higher projected revenues for the coming year on the back of firmer economic growth, robust corporate profits, and a moderate recovery in oil prices.

With higher projected revenue, the government will have more fiscal headroom to increase expenditure while still retaining its commitment to fiscal responsibility. Furthermore, subsidies and assistance for select target groups are expected to be expanded, even as subsidies as a whole continue to decline.

While the 2018 Budget may include commitments and blueprints for future longer-term planning, it should not be the main focus.

It is not meant to supersede national policy blueprints and plans already in place, such as the 11th Malaysia Plan (11MP), which covers a 5-year time zone up to 2020, versus the annual budget, which only covers a single year.

The government and voters both need to be cognizant of the fact that the myriad challenges faced by the domestic economy, businesses and the rakyat cannot be solved in a year, and definitely not by a single budget document.

Indeed, there are some serious pitfalls to treating the annual budget as mainly a tool to comprehensively tackle long-term goals or to solve large, structural problems. It can lead to political pandering and the giving of handouts to gain political capital at the expense of our future economic prosperity.

Often, these supposedly one-off handouts are unproductive, unsubstantiated, and politically difficult to remove down the road.

They can also impair the ability of governments to enact more substantive, longer-term policies and, at worst, they may even affect political stability.

The budget is not a “quick fix” to a complex problem — a sort of temporary appeasement when solutions to the issue are actually far beyond the scope of a simple document.

Zero per cent GST is not the same as eliminating the consumption tax, primarily due to the costs in complying with the GST Act 2014.

GST processes and enforcement would have to continue to operate as usual but at the zero per cent rate. The only way to eliminate the tax is to repeal the Act.

Still, there is no guarantee that prices will come down when the GST is fixed at zero per cent. Reintroducing the SST while having zero per cent GST in place simply means that both consumption taxes are working in parallel. Prices of goods and services will increase at a much steeper rate. This can be catastrophic or, perhaps worse, irreversible.

Certainly, there are times when temporary measures in the budget are required and justified. In these cases, the government must make this clear, with the use of rigorous policy evaluation, coupled with a comprehensive timeline and exit plan.

If a temporary measure eventually turns out to be necessary in the longer run, it should then be redrafted as an official policy and incorporated into national plans and visions.

The rakyat cannot expect their problems to be instantly solved by the budget, and settle for these “quick fixes” offered by the government or even the alternative budget.

Ideally, it is important to understand the limits of the annual budget and not expect it to be a panacea to the nation’s problems.

Instead, the focus should be on sound federal budgeting principles, effective revenue management and good governance.

After all, the annual budget should be just that — a document outlining the handling of federal finances in a given year.

While politics will inevitably influence the budget, it should not be allowed to dictate it.

This article first appeared in Free Malaysia Today on 26 October 2017.

Calvin Cheng is a Analyst in the Economics, Trade and Regional Integration (ETRI) division. His primary research interests include economic growth and development, trade, and social assistance. Some of Calvin’s recent work has focused on the effects of the US-China trade conflict on the region as well on the policy design of cash transfer programs, including Malaysia’s BSH/BR1M program. He holds a degree in Economics with a focus on Economics and Econometrics from Monash University in Clayton. Prior to joining ISIS Malaysia, Calvin was an economics analyst at a private sector investment firm.
By: Calvin Cheng and Firdaos Rosli