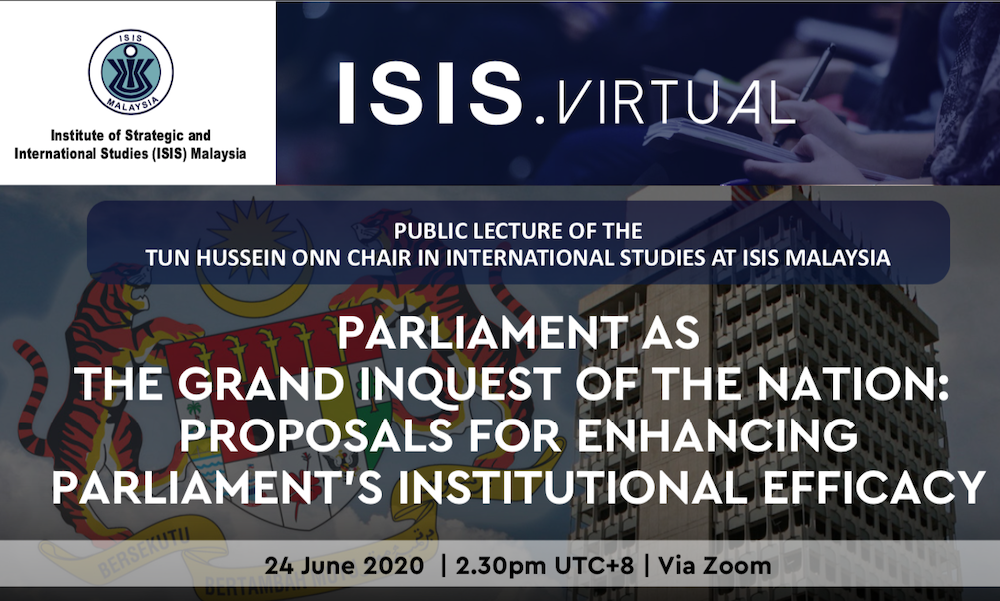 “Parliament as the Grand Inquest of the Nation: Proposals for Enhancing Parliament’s Institutional Efficacy”

In political theory an elected and representative legislature is the central pillar of a democratic polity. In our Westminster system of “parliamentary government”, the legislature is supposed to perform a myriad of functions, among them: the making of laws; scrutiny of executive policy; control of national finance; constituency function; giving legitimacy to the government; representing the electorate; control of emergency powers; approval of electoral boundaries; protection of Malay reserves; exercise of parliamentary privileges and (for the Dewan Negara) the additional function of representing the 13 States and the Federal Territories.

Regrettably, except for the constituency function, Parliament fails to perform the other functions satisfactorily. Reform of the law and practice of parliament is absolutely necessary to secure Parliament’s independence and enhance its institutional efficacy.