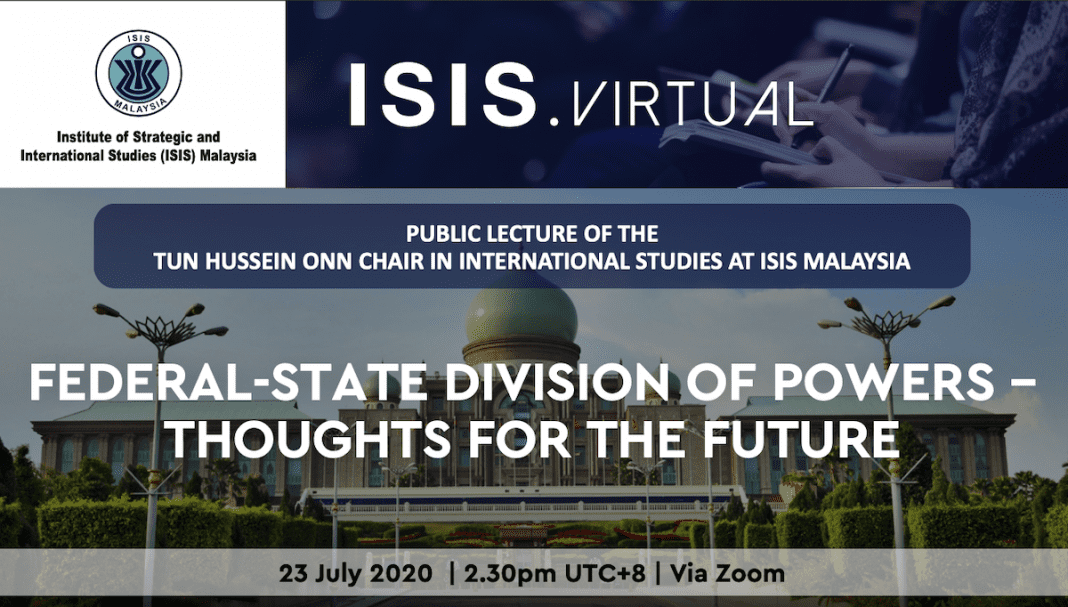 “Federal-State Division of Powers: Thoughts for the Future”

Duality of government and a clear demarcation of legislative, executive, judicial and financial powers are the hallmarks of a federal system. The States should exist as semi-autonomous units in areas assigned to them by the Constitution. In Malaysia, except in relation to Sabah and Sarawak, the Constitution creates a very powerful central government that can limit and control the States in the legislative, executive and financial fields. There is absence of fiscal federalism. Policy-making and development plans are subject to federal control. International treaties and foreign investment are entirely under federal jurisdiction. Such concentration of powers in federal hands had some advantages for development goals. However, the persistence of poverty and the slow pace of development in some States have forced rethinking on federal-state relations. The disparity of wealth among the states, the influence of partisan politics on budgetary allocations and the emerging voices of regionalism and separatism call for a bipartisan approach to preserve our union of 13-states under laws, policies and programmes that can satisfy the aspirations of all regions and meet the emerging challenges of a post COVID-19 era.