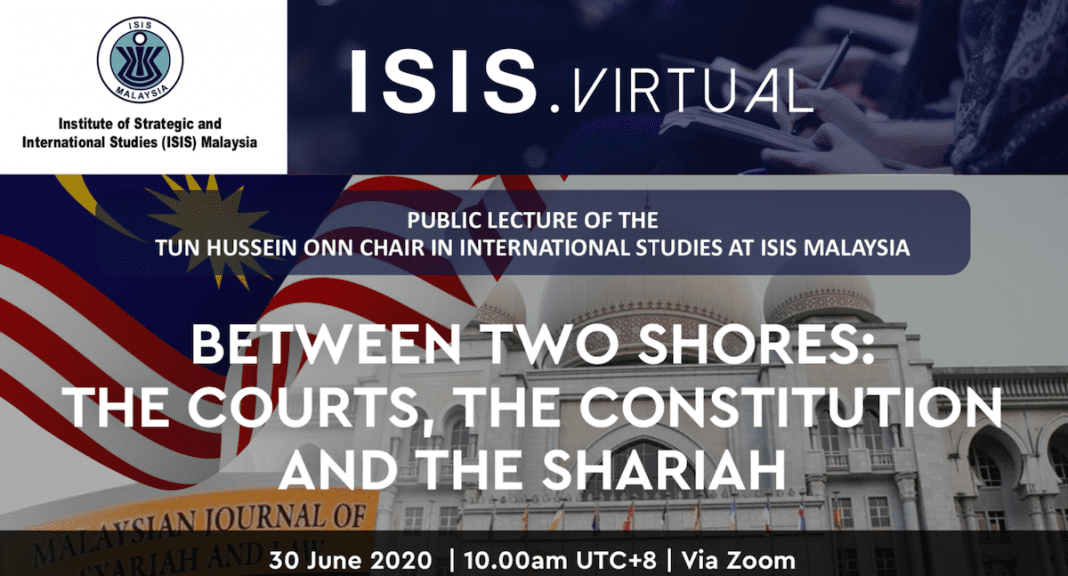 “Between Two Shores: The Courts, The Constitution and The Shariah”

Malaysia’s legal and political system is based on a supreme Constitution, a federal-state division of powers, a parliamentary system of government, a constitutional monarchy and Islam as “the religion of the Federation”.

In the last three decades, an engaging debate has raged about whether Malaysia is a secular or a theocratic state and whether the FederalConstitution or the Shariah is the country’s supreme law? The issue is not one of “semantics” or “hermeneutics” alone but has significant legal implications. Many laws enacted and policies adopted to regulate Islamic affairs are difficult to reconcile with the supremeConstitution. Yet, the civil courts are largely silent. A wide gap between theory and reality has developed since the nineties. Some recommendations to restore the original scheme of things in 1957 will be made.