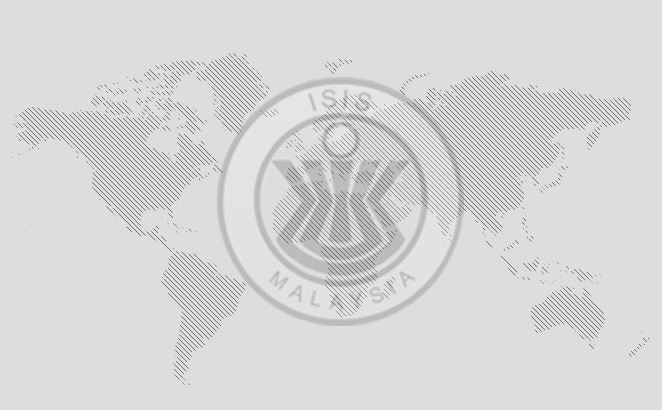 Refugees and asylum seekers in Malaysia have always struggled with a lack of identification and healthcare. How have these issues impacted the Government’s response to COVID-19? What are some of the challenges that will still need to be addressed beyond the MCO?

By Tengku Ilisha Ameera and Puteri Nor Ariane Yasmin

In the face of a borderless pandemic that has consumed Malaysia and the rest of the world, concerns surrounding undocumented refugees and asylum seekers have surfaced as we attempt to grapple with the spike of COVID-19 cases following the tabligh gathering in Sri Petaling from 27 February to 1 March.

In such dire circumstances, the health-security matter is one that warrants grave attention given the risks and consequences Malaysia faces today. In a quasi- lockdown, Malaysia has 3,662 COVID-19 cases with 61 reported deaths as of 6 April. Of these, 1,253 confirmed cases have been linked to the gathering that was attended by some 16,000 people including an estimated 2,000 untraceable Rohingya refugees. On 4 April, the Director-General of the Ministry of Health (MoH) stated that 3,000 tabligh participants have yet to be screened. Datuk Dr Noor Hisham also stressed that the gathering – which has already resulted in a fifth- generation cluster of cases – could lead to 40,000 people infected.

This presents a number of problems for the Government in their efforts to carry out a swift and effective response against the pandemic.

First, the unofficial and mostly illegal status of refugees and asylum seekers would likely make them reluctant to come forward and identify themselves for testing. The fear of possible arrests from authorities and amounting suspicion from the public serve as a hindrance for the undocumented.

Moreover, contact tracing will be too arduous, if not impossible, to carry out. Under the Movement Control Order (MCO), contact tracing is a key tool in breaking the chain of transmission. The process necessitates identifying, assessing and monitoring people who have been exposed to the virus.

The absence of documentation compromises such measures, highlighting some of the challenges in trying to track those amongst marginalised communities. The overall success of the MCO comes down to the strict compliance of people and this could be severely undermined by those the Government is unable to track.

As highlighted during the World Health Organization’s (WHO) press briefing in the last week of March, the fight is not over unless we know where each COVID-19 case is. This is why considerable efforts have been made to disseminate information to the 2,000 untraceable refugees and asylum seekers to come forward without penalisation. For example, the MoH is working with the United Nations High Commissioner for Refugees (UNHCR) and other non- governmental organisations (NGOs) to contact these attendees.

There have also been communication efforts on a broader scale that include public announcements on various media platforms, social media accounts and well-established newspapers. It is critical that these avoid “scare-mongering” language methods that will only deter them from coming forward.

The COVID-19 pandemic reinforces the urgent need to regularise refugees and asylum seekers into a national database that provides basic documentation and biometric data. It is simply in the country’s national security and interest to do so.

New arrivals of 250 Rohingya refugees near the Ritz Carlton in Langkawi in the early hours of 5 April indicate that these groups of people will continue to make their way to Malaysia, pandemic or not. It is crystal clear that we are a final destination for some refugees and asylum seekers. No longer are we merely a transit state. This has been the status quo for Malaysia for several years now and is one that policymakers took a long time to come to grips with.

The COVID-19 pandemic has shown that the health of every individual is linked to the health of the most marginalised. In the case of Portugal, the Government has granted provisional citizenship rights to migrants, asylum seekers and refugees, whether legal or not, which will in turn grant them full access to healthcare during this pandemic. According to the Portuguese Council of Ministers, these groups are “in a situation of regular permanence in National Territory” until 30 June.

In Malaysia, there is no discrimination against refugees and asylum seekers in the fight against COVID-19. Testing and treatment are free to all – Malaysians, foreigners and the undocumented. Indeed, diseases do not distinguish if one is a citizen or not. There have also been reports that a small number of refugees have been given temporary shelter at the Alam Damai hall in Cheras. While commendable and necessary, it is difficult to ascertain whether these initiatives will be translated into broader action on the ground.

From the perspective of the Rohingya refugees, there are deep-rooted legacy issues that stem from years of discrimination and mistreatment at the hands of unscrupulous Malaysians, including those in law enforcement. This sense of untrustworthiness could prevent refugees and asylum seekers from accepting help and protection altogether, particularly now that our streets are flooded with uniformed personnel to enforce the MCO.

On the other hand, recent reports of refugees being arrested for violating the MCO highlight the perspective of those in law enforcement. Three refugees were arrested, detained for three nights and fined a total of RM3,000 for finding food for their families. Law enforcement officers have no choice, but to follow what the law dictates, thus a gap between the initiatives that the Government has put in place and their implementation. As previously argued by ISIS Malaysia, policymakers must work in unison with not only the UNHCR, but also refugee-related NGOs and refugee community groups.

Most importantly, such initiatives are only a temporary solution to address the issue of undocumented refugees and asylum seekers while we are in a public health crisis. There is still the question of what happens to the undocumented post-MCO.

Their regularisation and registration in a national database aside, refugees and asylum seekers should be given compulsory health screening with the coverage of healthcare costs borne by companies and individuals that employ them. Once regularised, there should also be stricter measures or penalties for companies who continue to hire undocumented refugees and asylum seekers. This provides a more compelling incentive for refugees to register themselves and attain documentation and proper work rights.

A comprehensive contingency plan that takes into account more vulnerable groups is essential. While the recently-announced RM250 billion stimulus package is encouraging, it falls short in providing aid to the more marginalised groups that, at the very least, should have access to or equal distribution of healthcare services.

While the pandemic could lead to fear, insecurity and increased fragmentation, a strong and united front is desperately needed for an effective response. It also means that principles of inclusivity must be adopted to support those who are more vulnerable in such circumstances.

Prime Minister Muhyiddin Yassin has mentioned throughout his speeches that “no one is left behind” under this Government. It is time that refugees and asylum seekers are included in these plans for tangible action to be taken, and better policies to be formulated to tackle the pandemic.

A shorter version of this article first appeared in New Straits Times on 2 April 2020.

Ilisha Ameera is a new researcher for Social Policy and National Integration at ISIS Malaysia. She was previously an intern in 2018. She holds a BA (Hons.) in English and Journalism from Falmouth University. Her research interests include education, inequality and the environment. Outside ISIS she sits in the board of directors for Sultan Ahmad Shah Environmental Trust and Pahang Rangers futsal team.
By: Ilisha Ameera and Ariane Jeffrey