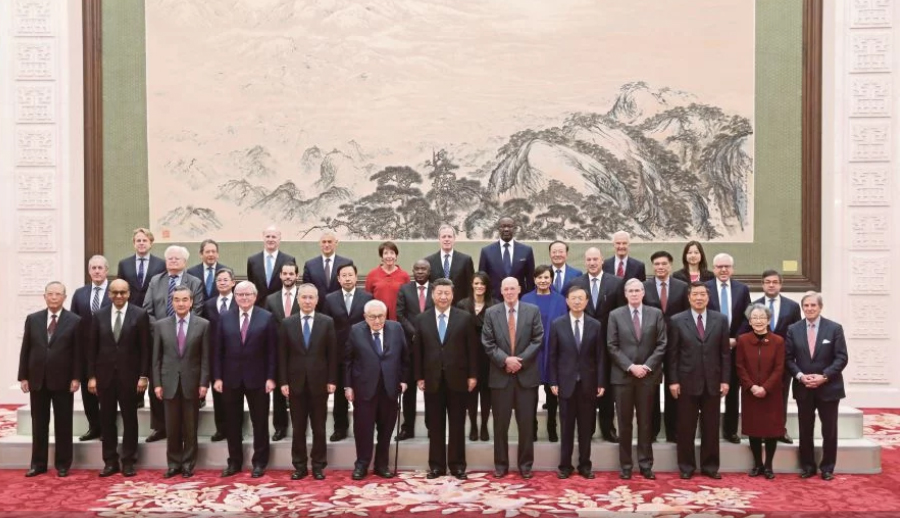 ON the 70th anniversary of the People’s Republic of China last month, President Xi Jinping emphasised to its cheering crowd that “there is no force that can shake the foundation of this great nation”. Unsurprisingly, China’s confidence and “unstoppable” rise has caused frictions with the United States. The ongoing US-China tensions have continued for more than a year now, highlighting rivalries in cyberspace, trade, intellectual property and national security.

Recent complaints by the US about China’s lax enforcement of intellectual property laws and “forced” technology transfer from foreign companies operating in China have exacerbated this tension between the two major powers. The US has also repeatedly tried to bolster support to ban Chinese products and 5G services from its longstanding intelligence alliance “Five Eyes” (Australia, Canada, New Zealand and the United Kingdom), as well as other countries that have increasingly become concerned about China’s growing influence.

What may have started with bilateral conflicts on trade and technology supremacy between just two nations have since rapidly spread globally. Implications include reduction in global economic growth due to lower global trade flows, shifts of the supply chain and the risks of undermining legitimacy of national security concerns with geopolitical rhetoric.

Moreover, growth and collaboration in advancing emerging technologies, such as artificial intelligence (AI), which both the superpowers lead, could also be hampered. Last month, the Trump administration announced the banning of China’s AI and surveillance companies from buying US technology. In terms of the 5G development, it may also cause a split in the final 5G standard, with the US and China championing two different 5G technologies.

With the US’ aggressive behaviours, will it win the technological race against China? Scanning the landscape suggests that China is likely to become the dominant player in 5G deployment. Australia and Japan seems to be the only countries with clear intentions to block Huawei and ZTE, while other allies continue to be noncommittal.

Meanwhile, countries in Asia seem content to side with cost over fears of potential Chinese espionage. Moreover, while the US continues to rally against China and Chinese espionage, Asia’s growing distrust of the US — and its abilities to use technology for surveillance — continue to find the US in a difficult position. This year, Cambodia, Thailand, Myanmar, Indonesia, and the Philippines have taken steps to bring Chinese companies on board for the 5G rollouts.

Malaysia has been no exception. In May, Prime Minister Tun Dr Mahathir Mohamad stood by Huawei, stating interest to use Chinese technology as much as possible while stressing that the West must stop threatening its business rivals. A month ago, Maxis Bhd and Huawei Technologies Malaysia sealed an agreement for the provisioning
of the 5G service network in Malaysia. There are also plans to roll out 55 5G use cases across 32 sites for a six-month period, where the testing areas involves smart agriculture, smart traffic lights, medical tourism, live video surveillance and many more.

Amidst the heat of US-China tensions, we also see signs of trade and investment diversion to Asia due to the tariffs imposed on Chinese and American goods. In Malaysia, the main beneficiaries so far seem to have been the electrical and electronic sector, as well as machinery and equipment sector, according to ISIS Malaysia.

Moving forward, how should Malaysia chart our path given the development of the US-China tensions? First, local technology players should make full use of the roll-out of 5G technology, as it is a game changer that could transform industries. Malaysia’s collaborations with global technology leaders should be fully utilised and uplift the technology ecosystem to a higher competitive play.

Second, realising that economic and security aspects of technology should come hand in hand, and the latter should not be an afterthought. Beyond potential spying by China, the advancement of technologies like 5G and Internet of Things, and the development of smart cities, means that there will be a lot more vulnerabilities to consider.

A Symantec Internet Security Threat Report showed that one-fifth of targeted cyberattacks are aimed at governments and energy/utilities companies, while governments and healthcare institutions are the target of 24 per cent of identity breaches.

Thirdly, while specific sectors in Malaysia have benefited from the US-China tensions, other regional countries, like Vietnam, Japan, South Korea and Taiwan, have seen larger gains in total exports to the US after the tariffs were imposed.

As such, it is important that Malaysia continues to increase its competitiveness within the region, and expand its infrastructure and human capital to fit the ever-shifting demands of the future. Would the tussle between the two major powers be the catalyst for Malaysia to accelerate its economic development or would these diversion be short-lived?

The US-China tensions deliver various global implications, including opportunities to create competitive advantage. However, in this era of the Fourth Industrial Revolution, it is imperative to remember that technology is a double-edged sword — shifting power will create important new security concerns and the use of technologies in less noble scopes.

This article first appeared in the New Straits Times on November 25, 2019

Dr Moonyati is a Senior Analyst in the Technology, Innovation, Environment and Sustainability (TIES) Programme of ISIS Malaysia. Previously, she worked in the oil and gas industry, driving Organisational Improvements for the Technology and Engineering division. She holds a Ph.D. in Human-Computer Interaction from University of Sydney, Australia. Her research works focused on human’s mental, physical and social behaviours and their interactions with collaborative software and hardware tools. She obtained a bachelor degree of Engineering in Design and Information Sciences, with a dissertation on integrating culture in designing groupware, from Wakayama University, Japan. Her research interests include technology and innovation, culture and identity, organisational psychology as well as nation-building.
By: Moonyati Yatid
3,719FansLike
5,180FollowersFollow
128SubscribersSubscribe