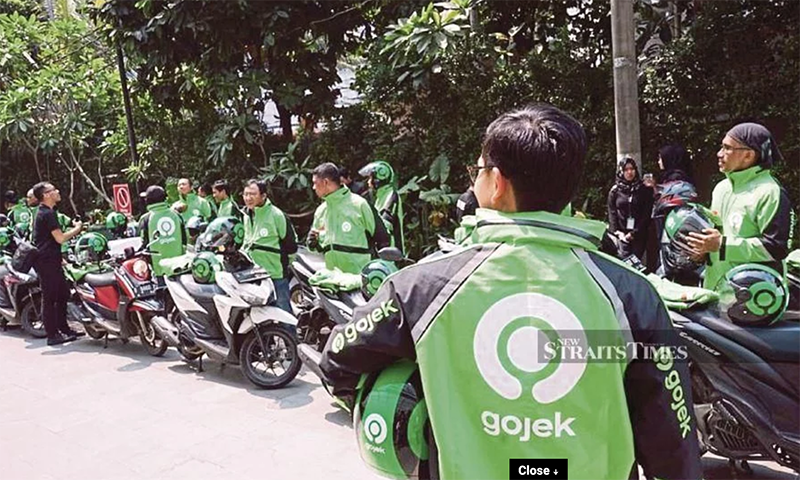 IT seems that the energetic Youth and Sports Minister is poised to go after big-ticket items this year.

Amid its pros and cons, how much do we know about the service itself?

A Grab driver said Gojek only provides motorcycle-based ride-hailing. This is not accurate. As a multi-service company, Gojek in Indonesia offers a multitude of products, including car-based ride-hailing, e-wallet, courier, massage and even laundry services.

For now, Malaysia’s discourse on Gojek focuses on the motorcycle aspect of the service, known as Go-Ride in Indonesia. This framed the debate on the economic and public safety aspects of allowing motorcycle armadas in Malaysian cities.

Arguments raised by both sides are equally reasonable.

The pro-camp sees this as a panacea to elevate the urban poor, whereas detractors cite safety concerns (60 per cent of road fatalities last year involved motorcyclists), the low quality of the job as Gojek riders and the sensitivity of gender-mixing on motorcycles.

The anti-Gojek argument also raised concerns of the company’s incompatibility with the Malaysian setting. After all, Gojek is a foreign entity that emerged as a solution to the problems of a foreign country.

The name “Gojek” itself transcends from the Indonesian term ojek, motorcycle taxis that serve as alternatives to cabs.

Ojek rides are popular for its efficiency and economic value — able to wade through Indonesia’s notorious traffic jams and charging a competitive price to commuters.

Gojek is a natural evolution of Indonesia’s economic and transport culture. It stands at the nexus of Indonesia’s burgeoning chaotic roads and expanding business community, offering connectivity solutions.

The centrality of Gojek’s service to the life of Indonesians (by March 2019, the application had been downloaded 142 million times), places its brand in close proximity to the country’s identity.

While this makes Gojek a uniquely Indonesian product, connectivity remains the crux of its business. This is why the company managed to enter other Asean markets such as Singapore and Vietnam.

Similarly, an importation of Gojek’s model into Malaysia may not be suitable. Malaysia’s infrastructure and public transportation are far superior to Indonesia’s.

Moreover, potential demand for Gojek’s service here might not be as high as in Indonesia, though this is an issue Singapore seems to have resolved.

Those who oppose Gojek’s entry, however, must acknowledge the sensitivities of Malaysia-Indonesia relations. This is because the association of Gojek’s brand with Indonesia adds complication, as an anti-Gojek sentiment could be interpreted as anti-Indonesian.

Thus, when an anti-Gojek campaigner made an ill-advised remark about how Gojek’s service is only suitable for poor countries (while explicitly mentioning Indonesia), an ensuing public backlash was a natural response on Indonesians’ part.

For some Indonesians in Malaysia, the entry prospect of Gojek into a country where they migrated to instils a sense of pride. The possibility of using Gojek’s services, too, offers a fleeting satisfaction for being closer to the people back home.

Imagine what an imprudent anti-Gojek statement could do to the feelings of these migrants.

This development has become bilateral, which was recently disturbed by the return of the haze and hooliganism in the latest football match between both countries. These issues occurred after four years of stability between the two countries.

Unfortunately, the Gojek issue might not disappear any sooner from the public space.

Gojek’s entry would offer a solution, even if only partial, to Malaysia’s urban poverty problems.

President Jokowi supports Gojek and its digital economy. This constitutes a political capital for the company to pursue its ambition inside and outside the country, which means there could be a continued push by Gojek to enter Malaysia’s market despite outright opposition here.

Has the Gojek issue became a dilemma? Perhaps — but one that can be avoided if we consider other Gojek products that do not raise as much sensitivity here.

The presence of Go-Car, Go-Food, Go-Pay and Go-Massage, for example, may not only offer healthy competition among service providers in Malaysia, but also ample opportunity for micro small and medium enterprises to leverage on these services in expanding their business.

Devising a strategy to manage a healthy competition with other service providers, such as Grab and conventional taxis, must also be done before allowing Gojek’s entry, if at all.

In the meantime, opposition to Gojek must follow the rational arguments, away from the influence of pride and prejudice.

We should be aware of how much of our perception towards low-quality jobs and Indonesia forms our opinion about Gojek’s entry. Regardless, the Gojek issue has essentially become a defining feature in Malaysia-Indonesia relations of our time.

Gojek’s opposed entry into Malaysia would serve as a litmus test for the Indonesian company, which recently rebranded and adopted a new tagline —“Pasti Ada Jalan” (“There Must be a Way”).

This article first appeared in the New Straits Times on September 10, 2019

Muhammad Sinatra is an Analyst in Foreign Policy and Security Studies division at the Institute of Strategic and International Studies (ISIS) Malaysia. He graduated with a BHSc (Political Science) from International Islamic University Malaysia (IIUM) and obtained his MSc (Strategic Studies) from S. Rajaratnam School of International Studies (RSIS), Nanyang Technological University (NTU), Singapore. During his master's degree, he worked on a dissertation entitled “A Shift in Perspective: The Fallacy of Indonesia-Malaysia 2009 Conflict”. His research interests include Malaysia-Indonesia relations and Prevention/Countering Violent Extremism (P/CVE) in Southeast Asia. He has written for such publications as East Asia Forum Quarterly, New Straits Times, The Jakarta Post and The Diplomat. He has also been quoted by South China Morning Post, Al-Jazeera and Arab News. Sinatra is an avid reader and an aspiring photographer, aiming to capture all of Indonesia's magical fantasies one day.
By: Muhammad Sinatra