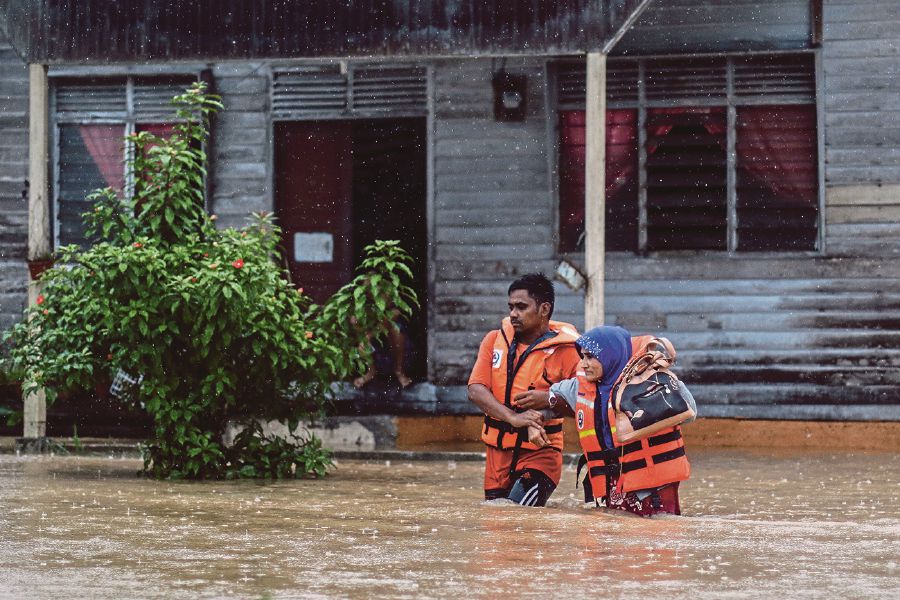 ECONOMIST Douglass North once identified institutions as “the rules of the game in a society”. They set the agenda for a nation to come together towards achieving an end, be it to deliver growth, justice, peace or other objectives of the state. Without strong institutions, a nation cannot develop nor attempt to create a cohesive and functioning society.

While institutions are often contemplated in the macro sense, institutions are everywhere without you realising. Down to the grassroots, the community that you live in is an institution itself. It provides social interaction, collective safety and sometimes more.

A state cannot provide growth and development without building effective, accountable and inclusive institutions at all levels — let alone sustainable development, defined as meeting present needs without compromising the ability of future generations to meet their own needs.

In the Malaysian perspective, our society and institutions went through a tremendous shock to the system when Pakatan Harapan (PH) swept into power in the last general election.

Calling it a shock was an understatement, as the country and its institutions had not seen a different federal-level political master since the British left in 1957 (and in 1963 for Sabah and Sarawak).

While the election did yield a legitimate democratic result, many of our other institutions had faltered which led to the historic election results in the first place.

Consequently, the PH government has a heavier set of responsibilities to restore the people’s faith in these institutions. More so since they were elected on the promises of grand reform across every branch of the state.

In the past 15 months, various reform measures including in the areas of anti-corruption, parliamentary affairs and elections have been introduced. More recently, Parliament passed constitutional amendments that would allow not only for the lowering of the voting age to 18 but also automatic voter registration in Malaysia.

However, there is still a lot left to be desired. Race-based policies remain the norm with racial and religious rhetoric being amplified. Human trafficking has yet to see the light of day, with many migrant workers being exploited on a daily basis. The Orang Asli’s rights have not been upheld, with their ancestral land not recognised and their homes and blockades demolished for the sake of “development”.

While there are wins that we should acknowledge, many are frustrated with the slow pace of reform. Sustainable development cannot be achieved if institutions are not inclusive and held accountable with minority and vulnerable groups being left behind.

Hence, it is imperative that the government expedite reform efforts, not only in appointing the right people to the top jobs, but also improving institutional capacity to deliver, be it in the form of good governance or other public goods.

Malaysia must also look beyond the usual election cycle and plan for emerging global trends. The United States’ strategic competition with China will not end anytime soon while the world is seeing a greater shift towards extremist and populist ideologies.

It is projected that Malaysia will face more extreme climate conditions including severe rainstorms and droughts by 2050. It is becoming all too familiar given the past incidents of extreme flooding at various locations including Kelantan and Penang.

According to Dr Hezri Adnan, a fellow of the Academy of Sciences Malaysia, the shift towards sustainable development requires an institutional change, and one which requires a long-term perspective. Therefore, we must prepare to adapt to these new realities for a sustainable future.

This has led to many countries adopting new approaches in the form of future studies. For example, Singapore has sought to future-proof its development through the Future Economic Council to embrace innovation and become a digital economy.

China’s illustration of the “Chinese Dream” is taking shape with the Belt and Road Initiative being part of its long-term strategic vision. Japan is going beyond Industry 4.0 to push ahead with Society 5.0, focusing on integrating advanced technologies to create a “super-smart society”.

Delving into future studies is not merely looking into a magic ball to see where Malaysia will be in the next 30 years. Rather, it incorporates critical thinking in public policy discourse that shapes the country’s long-term interests and development.

While some institutions have come up with their respective blueprints for the near future, there needs to be an overarching narrative that ties all of them together.

This serves to reinforce the importance of improving the capacity of our institutions and preparing them for future trends and challenges.

Future-proofing Malaysia’s development is needed to enjoy sustainable development through better management of resources without leaving anyone behind. The destiny of our nation depends on it.

This article first appeared in NST on 06 August 2019

Ryan Chua is a Researcher in the Technology, Innovation, Environment and Sustainability (TIES) Programme of ISIS Malaysia. His primary research scope focuses on sustainable development, institutions, nation-building and governance. On weekends, he reads up on Malaysian politics, inequality and the digital economy. Prior to joining ISIS, he was a Director at the Institute for the Future Economy (IFE), where he coordinated operations and research on the regional innovation and the entrepreneurship ecosystem in Southeast Asia. He was also part of a consultancy that delivered brand and risk management strategies and social media monitoring analysis. Ryan was a Perdana Fellow to the Chief Secretary to the Government in 2015 and had been active in Malaysian student affairs as a vice chairman of the United Kingdom and Eire Council of Malaysian Students (UKEC). He was also the editor-in-chief of its publication arm CEKU. He holds a Bachelor of Laws (LLB) degree from Cardiff University.
By: Ryan Chua
3,750FansLike
5,422FollowersFollow
128SubscribersSubscribe