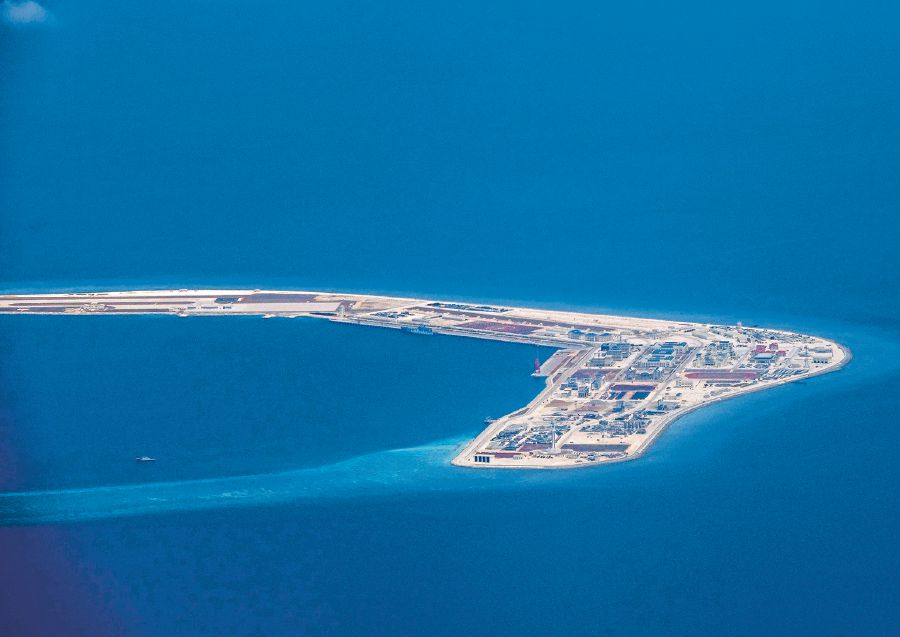 JULY 12 marked the third anniversary of the Permanent Court of Arbitration’s decision in the case brought by the Philippines against China’s claims in the South China Sea.

While the resulting ruling did not address the question of sovereignty or that of delimitation, it categorically upheld the existing scope of maritime entitlements as stipulated by the United Nations Convention on the Law of the Sea (UNCLOS) and further invalidated any argument of historic or sovereign rights — specifically referring to China’s nine-dash-line claim.

Predictably, China and Taiwan rejected the ruling and the right of the tribunal to make such a ruling.

Three years later, how has the situation developed? Exactly what tangible result this approach has gained for the Philippines to date is still in question.

While bilateral relations might have improved somewhat as a result of a more non-confrontational approach by the Rodrigo Duterte administration, there is little else to show for it.

Filipino fishermen continue to be harassed by the China Coast Guard (CCG) and maritime militia. China continues to exercise de facto control over the disputed features, waters and its resources.

They routinely warn the Philippines against pursuing the arbitration result or expanding any further resource exploration within the disputed areas.

On June 9, a particularly ugly incident took place near Reed Bank where a Chinese vessel crashed into and sank a smaller Philippine fishing boat and promptly left the scene despite being aware of 22 Filipino fishermen struggling to stay afloat.

The last three years have also seen an increase in the scale and frequency of Chinese agencies — the navy, CCG, fishery authorities and the maritime militia — enforcing their claim and taking action against the presence and activities of other claimant states.

In July 2017 and March 2018, it forced Vietnam to halt hydrocarbon exploration activities, reportedly with threats.

For us in Malaysia, the CCG still maintains an almost continuous presence off Luconia Shoals, 84 nautical miles from the coast of Sarawak.

In response, our navy and coast guard are also constantly present in the area.

Malaysia has also seen more incursions by the CCG and maritime militia, with the latter behaving ever more aggressively.

Recently, reports have indicated that a CCG vessel, Haijing 35111, had patrolled and then navigated purposefully and provocatively close — reportedly 80 metres — to Sapura Esperanza, a Malaysian owned oil and gas platform in late May this year.

This occurred just off Luconia Breakers, the main feature in Luconia Shoals and well within Malaysia’s Exclusive Economic Zone, but within China’s nine-dash-line.

Haijing 35111 was then reported to be involved in similar shenanigans in early July, this time with Vietnamese offshore supply vessels near Vanguard Bank.

Worryingly, there has also been a continued build-up of reclaimed features, various installations and facilities on them, and a general increase in the militarisation of the disputed features and waters by almost all stakeholders.

Naturally, China again leads in this development with the most comprehensive placement of harbour facilities, hangars, runways and radar stations across its occupied features.

Recent reports and photos also show a deployment of anti-ship and anti-air missiles — which China claims is its sovereign right to deploy.

Vietnam, Taiwan and the Philippines are also further entrenching their forces.

Even Indonesia’s Natuna Islands, which is not a part of the dispute, have seen a remarkable uptake in the deployment of Indonesian military resources — partially in reaction to increasing tensions in the wider South China Sea.

Another key development since July 2016 has been the rise of external stakeholder concern and involvement in the dispute.

The most prominent example of this was the well-publicised statements and Freedom of Navigation Operations (FONOPS), as well as overflight operations by the United States — which have been increasing in frequency over the last two years.

Despite popular belief, they are not exclusively targeted at China in the South China Sea.

All other claimant countries, Malaysia included, are subjected to them as well.

Similar statements and variations of such naval passage and overflight operations and multilateral naval exercises have also been conducted by the British, French, Indians, Japanese, South Koreans, Australians and Singaporeans.

This author is among those that support the continuation of polices like FONOPS by external stakeholders and the messages it reinforce, especially when littoral and claimant states are either unable or unwilling to go beyond vaguely-worded statements. However, there is a cost to such operations that particularly impacts weaker claimant states in Southeast Asia.

Unfortunately for Malaysia, these developments mean that our strategic options are few and far between, and wiggle room for manoeuvre is as tight as ever, perhaps even more so than in 2016.

The militarised features will have significantly more impact on countries, particularly claimant states like Malaysia, as opposed to the United States which has the capacity to ignore Chinese claims, demands and threats for now.

China has also used these operations to further justify the militarisation of its occupied features — and it is an explanation that is finding some currency among Southeast Asian policymakers caught between the devil and the deep blue sea.

Meanwhile, amid all these political, security and strategic developments, a host of reports indicate that the delicate marine ecosystem continues to suffer from massive damage caused by extraction of marine resources, excavation for land reclamation and overfishing.

It is a sad and terrible fact that most security, political and strategic observers in this region seem to ignore.

China by no means bears sole responsibility for these; there is plenty of blame to go around other claimant states, especially for the latter.

Taking stock of the situation, this author is reminded of a conversation with a veteran South China Sea observer — that despite some progress on the Code of Conduct negotiations, conditions for some of the worst case predictions are surely being ticked as well.

Thomas is a Senior Analyst in the Foreign Policy and Security Studies Programme of ISIS Malaysia. His interests lie in the security/strategic challenges and impacts of major power dynamics on ASEAN and its member states, the South China Sea dispute, and Malaysia’s national security and foreign policies. Thomas also looks at the policy implications of refugees, asylum seekers and other displaced persons in Malaysia, and the Malaysian government’s refugee policy of “not having a policy”. Thomas obtained his Master of Arts in International Studies from the University of Nottingham (Malaysia) where he graduated with Distinction, completing a dissertation that assessed Malaysia’s responses to China in the South China Sea dispute through the balance of threat approach. He also holds a BA in Communication and Media Management, and a BA Honours in Communication, Media & Culture from the University of South Australia. Previously, he was a public relations practitioner focusing on social media management and media engagement strategies for clients from the government and enterprise technology sectors.
By: Thomas Daniel
3,890FansLike
6,104FollowersFollow
128SubscribersSubscribe