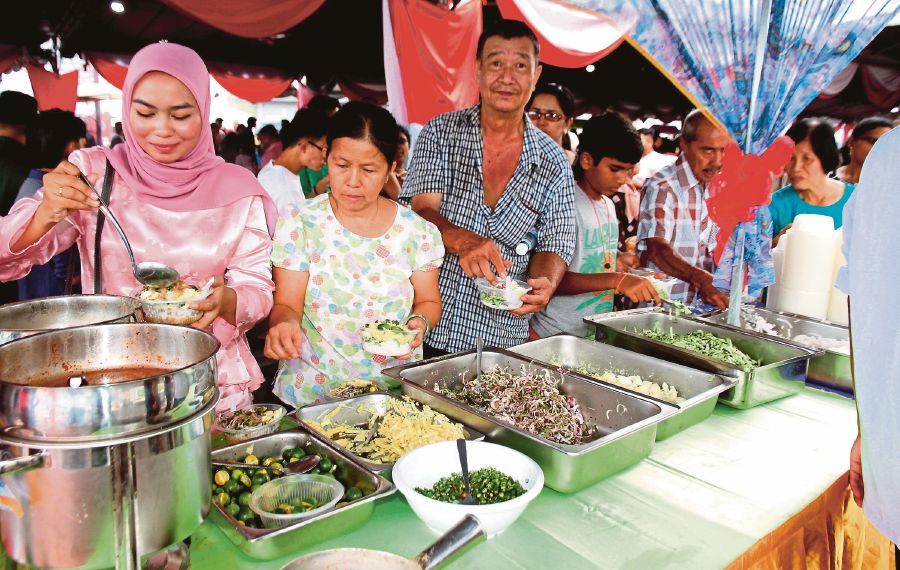 FOR decades, Malaysia’s racial-religious fault lines have been the playground of the politically privileged.

And why not? They have been proven rallying points for the 60 years since Independence and greatly feared for the past 50.

Those without the immunity of position or party affiliation can only shrug or suffer in seething silence.

Some have spoken out and been intimidated with violence for their troubles. A few, unable to hold back their rage, have unwisely vented in public only to find themselves at the wrong end of the prosecutorial stick.

And so layer upon layer of flammable ethno-religious tinder has been laid, waiting for the right igniting spark.

The fact that the whole pile has not caught fire is less because of dubious claims about our being peace-loving or any extraordinary efforts to stamp it out.

The reality of these is much less than the myth.

Rather it has probably needed a more compelling wind of cause and appeal to fan it.  While coming close, this has not yet happened.

Little by little, by design or default, efforts to poison the well by creating as toxic an environment as possible continues.

In a depressing tribute to today’s nihilism, objectivity and facts no longer matter; only the subjective interpretations of self-interested minorities do.

Today, it is the unfortunate case of a fireman who died in the course of his duties. Was it due to an accident or was he a victim of assault?

The truth, no matter how unpalatable, should be scrupulously and openly established. This is how states can and must work if they are to be trusted.

That they have not always done so plants seeds of doubt and gives rise to disputes and claims of politically motivated conspiracies.

At the same time, however, undisputed cases of deaths, forced disappearances, even outright murders, do not even appear on the radar.

As breathtakingly illogical as it is, some families of victims wanting closure and justice have even been challenged to provide proof of wrongdoing.

After years in the moral wilderness without a compass, there was great hope in the past year that there would be a restoration of balance.

As citizens, we had wanted to hold our heads high after having them bent low in shame and humiliation at being in the global spotlight for all the wrong reasons.

But change, it seems, is always a better pre-election slogan than post-election agenda.

To be sure, the idea of a societal reset button was always a misplaced metaphor and never on.

And meaningful changes are being made, such as in the judiciary where there seems now to be growing optimism of judicial independence.

In public finance, though unpopular, responsibility and accountability are greatly improving. In other areas too, such as media freedom and less Stone Age treatment of people, there have been the odd glimpse of promise.

All of these, however, will amount to exactly naught if the malevolent racial-religious fault lines being played continue unhindered, and not just by politicians but also those who are supposed to reign over them and know better.

Like the proverbial frog in the pot of water, the heat has been rising but it still does not hop out to save its life.

Rather the frog adjusts to the ever-increasing small changes, not believing that they are life-threatening, until it is too late to do so.

Scientific evidence as to whether frogs do in fact get cooked by their inaction is contested. Regardless, the metaphor is an instructive one.

Political history, however, is rife with cases where measures were not taken because it was simply not in the immediate interests of the polity to do so.

When tensions are being stoked to fever pitch on race and religion, any efforts to dial them down can easily be construed to be anti-race and anti-religion.

Like many multicultural countries around the world today, ethno-religious fault lines constitute a significant internal threat.

Even in Western liberal democracies, we see growing political support for right-wing ethno-nationalist political parties. There are no prizes for guessing what these parties will do when they form governments.

In Malaysia, decisions have consistently been taken to avoid upsetting the status quo because of the underlying subtext of violence. As a result, such groups have been encouraged and grown ever bolder and astute at manipulating these fault lines.

The time may fast be approaching, however, when the metaphorical boiling point is reached.

There is a clear and undisputable case for real civilised national dialogue on this matter before our frog is cooked.

This article first appeared in the New Straits Times on June 9, 2019

Dato’ Steven CM Wong is Deputy Chief Executive of the Institute of Strategic and International Studies (ISIS) Malaysia. He also heads the economics division of the Institute. Dato’ Steven has been involved in the public policy arena for more than two decades, 20 years of which has been with ISIS Malaysia. He spent a further eight years in the private sector where he held positions in management consultancy, economic research, fund management, corporate finance and capital markets. He is currently a columnist for the New Straits Times. He was a member of the Ministry of Human Resource’s Technical Committee for the Minimum Wage and Tenaga Nasional Berhad’s Economic Council. He has served as the Secretary-General of the Malaysian National Committee for Pacific Economic Co-operation, the Malaysian Committee for Pacific Basin Economic Co-operation, and was on the secretariats of two ASEAN Eminent Persons Groups. He has been published by the Organization for Economic Cooperation and Development (OECD), the East Asian Institute at the University of California, Berkeley, the Australian National University and the Institute of Southeast Asian Studies (ISEAS), Singapore. His latest publications are on ASEAN-China trade for China Economic Quarterly (June 2013) and a chapter on Malaysia’s financial sector and capital market in Malaysia: Policies and Issues in Economic Development published (ISIS Malaysia, 2011). Dato’ Steven’s interests are in macroeconomic and international finance matters but he has wide-ranging interests including institutional economics, international relations and theology. He received his graduate and post-graduate education at the University of Melbourne in Australia.
By: Steven Wong
3,613FansLike
4,917FollowersFollow
116SubscribersSubscribe