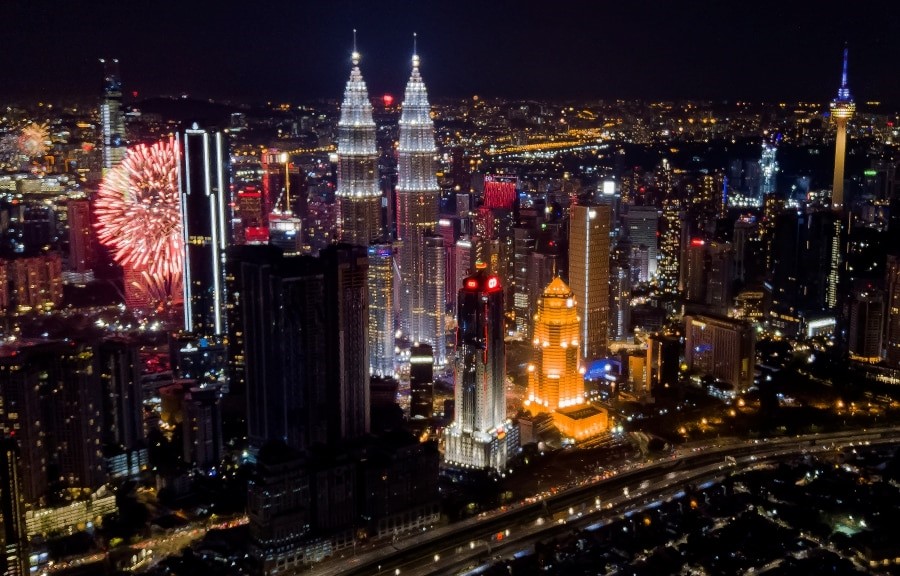 WHAT a difference a year makes. Just 12 months ago, few Malaysians expected the political tsunami that swept the country.

Many desperately wanted change but most were resigned to another term of crazy rich Asian money politics. Five months later, a new government was in place for the first time. Hopes were high that with Pakatan Harapan, the country would undergo a total system reset and that serious economic problems and social injustices were behind us.

That same month, police raided the home of the former prime minister, Datuk Seri Najib Razak, and reportedly seized over RM1 billion in luxury goods, jewellery and currencies from his residences. Criminal charges were brought against him two months later and subsequently against his wife. These charges have continued to pile up, and other former senior leaders have also been caught in the dragnet.

These, along with jaw-dropping revelations by the finance minister, seemed to signal that the clean-up of widespread corruption, restoration of public accountability and the reestablishment of the rule of law had begun.

Small but troubling signs, however, started to emerge. The promise to draw clear lines between political, state and business interests was reneged on. A few newly minted ministers, heady with power, inflated with self-worth but devoid of experience began to be the butt of public jokes and derision.

A ruling coalition party again manipulated the electoral process, an institution that requires utmost integrity and public trust, for their own purposes. Of greater importance is the issue of opposition legislators joining the ruling parties on the reform agenda and the coalition’s stability.

In the closing month of the year, the new government decided not to fulfil its promise to ratify the International Convention on the Elimination of all forms of Racial Discrimination in the face of street protests and the veiled threat of violence. Apart from the big hit to its international reputation, what this implies for racial politics, policies and the administration of the country is now a critical and open question, especially with the old racialised political rhetoric being heard.

By year’s end, the focus has shifted from scorching issues of good governance and institutional reforms to intra- and inter- party bickering. With expectations riding so high after May 9 it was perhaps natural for some disappointment to set in. The reality is that there are no quick-fixes and reforms are almost always a long and difficult process, with no certainty of outcomes.

If, and it still is a big “if”, Malaysia were to compromise and, or backtrack on its democratic mandate, it would not be the first to do so. Countless countries have felt the euphoria and optimism of democratic changes in governments only to later stall, falter and fall. Far from being the exception, these appear to be the rule.

Hugely more disturbing is the fact that democratic elections are giving the mandate to more authoritarian and less inclusive governments. Leaders are again appropriating power to themselves at the expense of the rule of law and public interest.

Of course, they claim that this is what the voters decided but they are catering primarily to more vocal and extreme segments of society and their powerbase. It would be tragic if Malaysia were to follow in the footsteps of the very many countries that have placed political interests above the nation’s interests.

Countries rise or fall on the quality of their institutions, not the clever speeches of their politicians or the commitment and dedication of their politicians, much less low-brow monkey antics. Malaysia has been hugely blessed by having been blown more by the winds of fortune than misfortune. This has meant that the country has been able to make some of the most unspeakably corrupt decisions and still get away with them.

The economy today while sound carries a record burden of financial obligations making it vulnerable to global downswings. As the recent Seafield temple incident shows, social cohesion in this country is also not at its proud best.

The government will need to handle these and myriad other economic and social issues as best as ministerial competence and harmony allows. Above all, however, it must not lose sight of its biggest campaign promise to deliver institutional reforms.

Conditions will wax and wane. Only with high quality, politics-free institutions, can we substantively, and not rhetorically, celebrate the first year of Malaysia Baru.
- Advertisement -

Dato’ Steven CM Wong is Deputy Chief Executive of the Institute of Strategic and International Studies (ISIS) Malaysia. He also heads the economics division of the Institute. Dato’ Steven has been involved in the public policy arena for more than two decades, 20 years of which has been with ISIS Malaysia. He spent a further eight years in the private sector where he held positions in management consultancy, economic research, fund management, corporate finance and capital markets. He is currently a columnist for the New Straits Times. He was a member of the Ministry of Human Resource’s Technical Committee for the Minimum Wage and Tenaga Nasional Berhad’s Economic Council. He has served as the Secretary-General of the Malaysian National Committee for Pacific Economic Co-operation, the Malaysian Committee for Pacific Basin Economic Co-operation, and was on the secretariats of two ASEAN Eminent Persons Groups. He has been published by the Organization for Economic Cooperation and Development (OECD), the East Asian Institute at the University of California, Berkeley, the Australian National University and the Institute of Southeast Asian Studies (ISEAS), Singapore. His latest publications are on ASEAN-China trade for China Economic Quarterly (June 2013) and a chapter on Malaysia’s financial sector and capital market in Malaysia: Policies and Issues in Economic Development published (ISIS Malaysia, 2011). Dato’ Steven’s interests are in macroeconomic and international finance matters but he has wide-ranging interests including institutional economics, international relations and theology. He received his graduate and post-graduate education at the University of Melbourne in Australia.
By: Steven Wong
3,890FansLike
6,103FollowersFollow
128SubscribersSubscribe