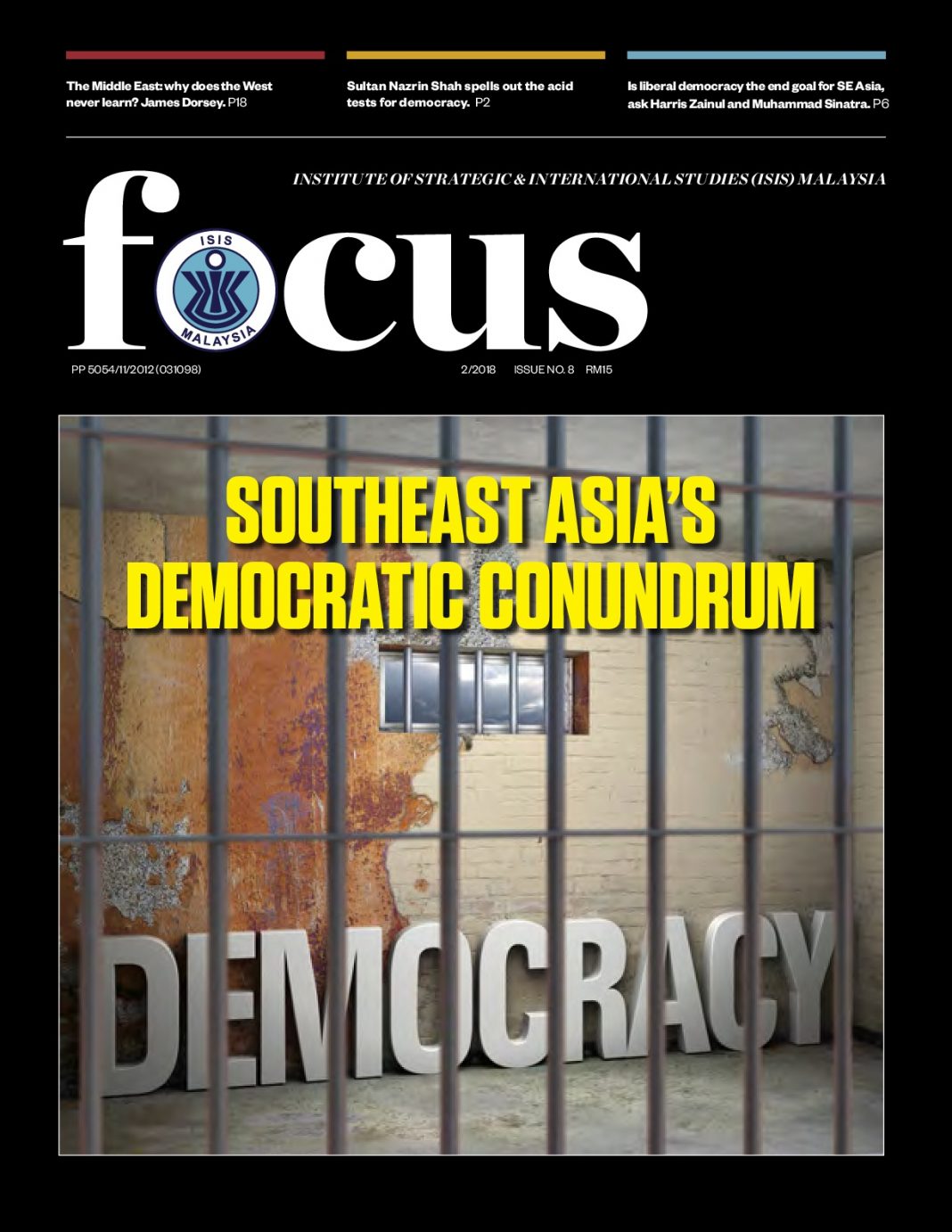 Democracy is commonly held in international circles as one of three universal core values – along with the rule of law and human rights – that are essential for peace and security. Like many causal relationships, however, this proposition is not unassailable. Modern democracy comes in a bewildering variety and not all are stamped from the Western liberal democratic mould, which is the often-assumed standard bearer.

Even the Western liberal democratic model today is under threat with the rise of controversial right-wing governments and nativist political parties, and disregard for long cherished institutions and practices, even in the very heartlands that gave birth to these ideals. Southeast Asian countries have not had the advantage of centuries to work out their preferred forms of political representation. Most are creations of only the past few decades and, in some cases, swing fitfully from one extreme to another.

What then are the implications for the region’s peace and security? The cover of this ISIS Focus attempts to take a cursory look at some of the developments. Malaysia’s first-ever transfer of political power, a peaceful one, caught the world’s imagination in May of this year, bringing with it the prospects for fresh and much-needed change. Bunn Nagara covers this in his analysis. We are deeply grateful to HRH Sultan Nazrin Muizzuddin Shah, Sultan of Perak Darul Ridzuan and ISIS Malaysia Royal Fellow, for allowing us to excerpt selected portions of his important address on democracy and the restoration of the rule of law in
Malaysia.

Yet other political contestations have not been as cheerily received or thought of, and Muhammad Sinatra and Harris Zainul are cautious about the democratic payoffs in other Southeast Asian countries. The Indonesian presidential elections in 2019 are also covered with a look at the choice of candidates’ running mates for vice-president (Muhammad Sinatra). Other articles in this issue include those from speakers at the 32nd Asia-Pacific Roundtable on India (Dhruva Jaishankar), the Middle East (James Dorsey), the Philippines (Rommel Banlaoi) and the Korean Peninsula (Hoo Chiew-Ping), with our own researchers contributing on the Asia-Pacific Economic Cooperation (Dwintha Maya Kartika and Calvin Cheng) and the US-China trade war and ASEAN (Puteri Nor Ariane Yasmin).

As always, our sincere thanks to all writers and also to you our readers.