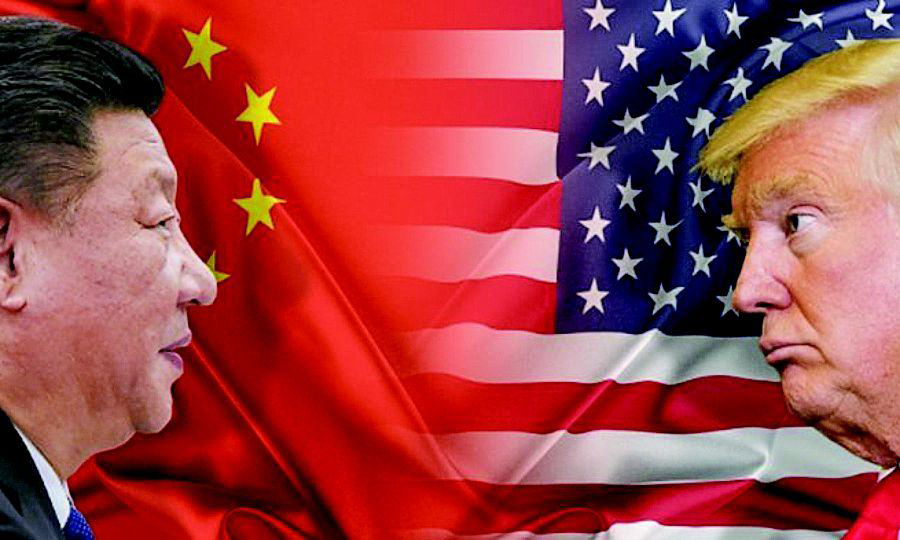 The US-China trade war will have an impact on the international order .

The debate surrounding major power competition has consistently revolved around the dynamics between the United States and China. We seem to have a US-led order in decline and, in contrast, a rising China, particularly in the Asia Pacific.

President Donald Trump’s “America First” policy and developments at the 19th Congress of the Communist Party of China (CPC) demonstrate that regional dynamics are indeed changing. Although Washington and Beijing may continue to be the main contenders moving forward, the state of play will not be solely determined by them alone.

There are three key points to contemplate as we consider why it is not just about the US and China in the Asia Pacific. First, the emerging regional order is not a zero-sum game and the decline of US influence will not necessarily cement or guarantee the rise of China. Washington and Beijing are pushing two different concepts of “order”. The “Washington consensus” is based on security guarantees, market-friendly economic policies and liberal values, whereas the “Beijing consensus” is focused on economic development and human connectivity.

This contrast is evident by Trump’s persistent pledge to increase US military power (despite the US already being on top in military capacity and spending) and China’s effort to boost its sphere of influence via the Belt and Road Initiative (BRI), which has fostered closer relations as far as Pakistan, Iran and Turkey.

However, no country fully agrees or disagrees with one consensus over the other. For instance, in the Asia Pacific alone, countries have overlapping interests and concerns with both the US and Chinese agendas.

Trade volume between Asean member states and China hit a record high in 2017, as China has become the largest trading partner for almost all member states. Yet regional security issues like territorial disputes in the South China Sea remain a point of contention between Asean and Beijing.

Similarly, Asean is the number one destination for foreign direct investment and the fourth largest export market for the US. And, while both have engaged with one another in military exercises and regional security affairs, member states have been wary of the Trump administration’s withdrawal from the Trans-Pacific Partnership (TPP), its trade war with China and its periodic engagement in the region in general. Such developments do not instill much confidence within Asean that the US will continue to be a reliable partner in future.

In an effort to manage major power competition in the region, Asean has consistently tried to maintain a balancing act between the US and China. Asean centrality will have to be strengthened and play an even bigger role in shaping the regional order to prevent member states from having to choose a side.

Second, as countries avoid putting all their eggs in either the US or Chinese basket, there could be room for other significant players like Russia and Japan, and perhaps, to a lesser extent India and Australia, to help shape the regional order as well.

Most recently, Prime Minister Tun Dr Mahathir Mohamad has been trying to tilt Putrajaya’s foreign policy focus from Beijing to Tokyo in an effort to equalise its engagements with both powers. There are a number of regional institutions and initiatives that aspire to this goal of broadening ties with both great and middle powers.

For example, Japan, Australia and India have reinstituted diplomatic and military engagement with the US in the Quadrilateral Security Dialogue — better known as the “Quad” — to facilitate economic prosperity in the wider Indo-Pacific region. This revival will depend on whether the Quad is able to assure Asean and its own members as well like Australia, that it is not a Chinese containment strategy. Australia had previously dropped out of the Quad amidst US-Chinese tensions 10 years ago and it remains uncertain about having to lean towards either power.

Furthermore, earlier this year in May, Indian Prime Minister Narendra Modi visited Malaysia, Singapore and Indonesia to boost the Act East Policy and India’s relations with all three countries. Recent commentary and analytical pieces have also pointed towards an India-South Korea axis between the Act East and New Southern policies in the region. These examples indicate that the region could be transitioning towards a multipolar state of play, with multiple narratives shaping developments moving forward.

Finally, on the international front, China is not the only threat that the US-led order is facing. There is also Russia to consider, particularly vis-à-vis its relations with China. Their economic relationship is strengthening, as the fifth Russia-China Expo in July demonstrated the eagerness of both powers to broaden their trade and investment ties. Russia was China’s biggest supplier of crude oil in 2017 and both have secured more oil and gas supplies in future. Defence-wise, China and Russia are now conducting regular joint naval exercises together from the Sea of Japan to the Mediterranean.

Indeed, some may argue that the Chinese-Russian “bromance” is too good to be true, particularly given their past conflict along the Siberian-Manchurian border in 1969. But perhaps, what should be of utmost importance to the US is the extent to which the Chinese-Russian alliance is of strategic importance (ideologically) for both powers.

Beijing and Moscow share a multipolar worldview and aim to establish a non-US centric, “spheres-ofinfluence” international order. Their rebukes of US airstrikes in Syria and its withdrawal from the Iran nuclear deal, the ongoing trade war between the US and China, and Russian meddling in the 2016 US presidential election — are recent examples of the anti-western or anti-US threats that Washington is facing today.

Therefore, the international order in future would depend on two factors. The first is how the US manages the decline of its primacy, vis-à-vis its relations with China and Russia, in terms of a restoration or normalisation of ties amongst these powers. The question is whether or not Trump will allow Xi Jinping and Vladimir Putin to present themselves as equals on the international stage.

The second is the kind of relationships that countries will have with one another in general. Could we witness a polycentric system whereby multiple countries work together to hedge against global powers like the US, China and Russia, in order to maintain stability?

How countries deal with one another, on a bilateral or multilateral basis, or in terms of the institutions and initiatives that they sign up to, will impact the extent to which the international order will be chaotic or compact in future.

Puteri Nor Ariane Yasmin is an Analyst in Foreign Policy and Security Studies at ISIS Malaysia. She holds a BA (Hons.) in Political Science and History from the University of Melbourne, and an MPhil in International Relations and Politics from the University of Cambridge. Her research interests include US foreign policy in the Middle East and China, as well as Malaysian politics. Ariane previously interned with ISIS in 2010.
By: Ariane Jeffrey