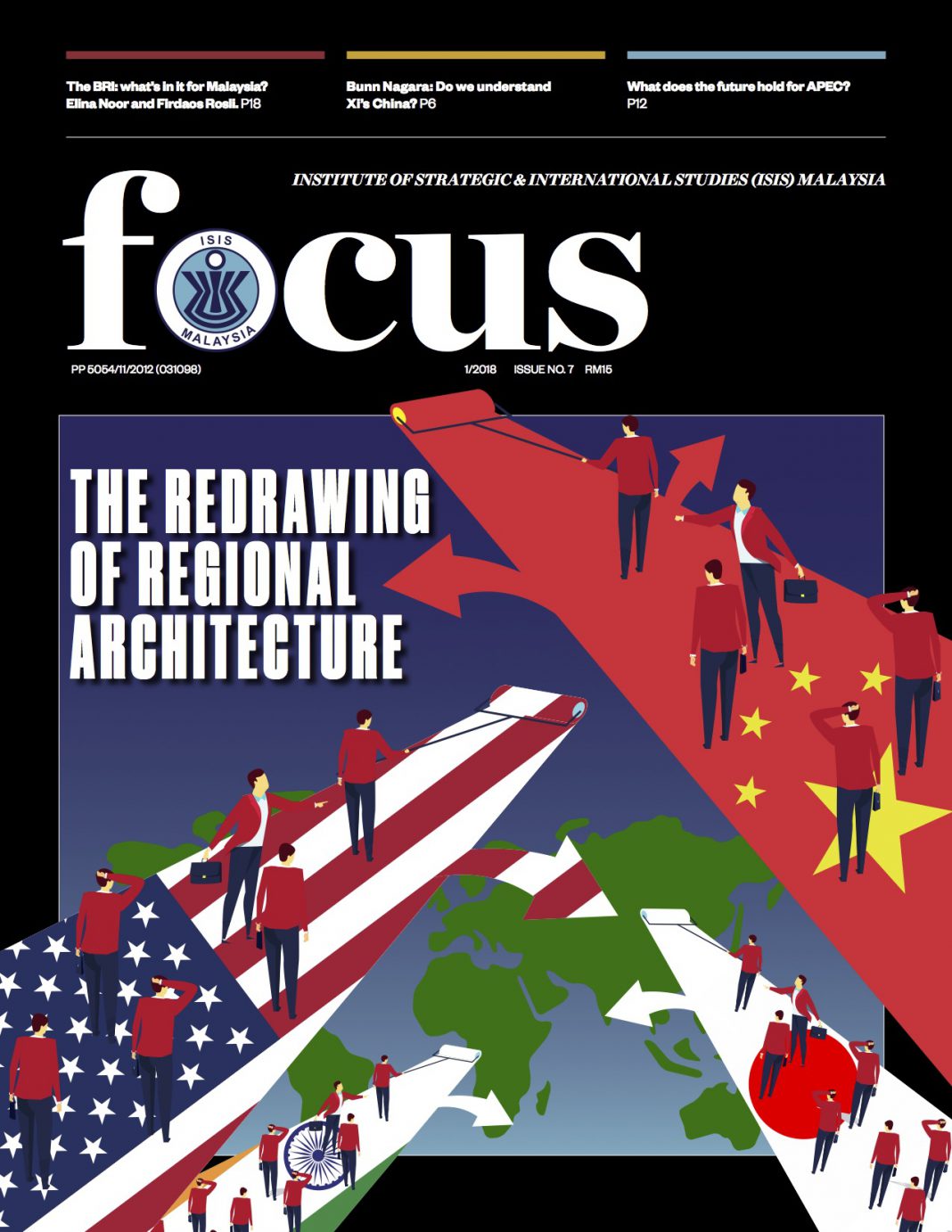 The Asia Pacific’s diplomatic, security and economic architecture is undergoing some redesign, with increasingly intricate patterns requiring greater dexterity and craftsmanship. It is clearly a work in progress with goals as moving targets. This means more chances of hits and misses, but also more interesting possibilities in these more exciting times.

Asia is clearly on the move. Underpinned by rising continental giants, China and India, this movement is historic in its tectonic proportions, leaving virtually no country unaffected. This is no time to be complacent, indifferent or apathetic. How it will affect us depends on how we engage it.

Central to our time and our place is the Belt and Road Initiative (BRI). What can it mean for each of us? This is essentially a mega-investment: what you get from it depends on what and how much you put in, and when. It means opportunities, but also risks. The BRI is neither risk-free nor risk-prone; no proper investment is either. We may expect some trade-offs and hard decisions. Should others be suspicious of it as a big, rising China’s pet project? The question becomes irrelevant when others make it as much, or nearly as much, their project too.

Elsewhere in the region, are the Asia-Pacific Economic Cooperation (APEC) and the United States now effectively pulling in opposite directions? If the issue is free trade, or at least free trade rhetoric, it would appear so. Ultimately, reading their respective trajectories comes down to evaluating current realities and decoding transient sentiments.

Northeast Asia is not about to be outdone either. President Moon Jae-in’s administration continues his predecessor Park Geun-hye’s international activism, and in a propitious time. It gels with North Korea’s intimations of an opening, at least for talks, on no less than the denuclearisation of the peninsula. Reforms all-round seem to be on a roll.

Taiwan itself is no slouch. Its New Southbound Policy (NSBP) looks to South Asia, Southeast Asia and Australasia rather than across the Straits where its economic future increasingly lies. Developing ties southwards is only to be welcomed, but will averting its gaze westwards come at the expense of its prospects with the mainland?