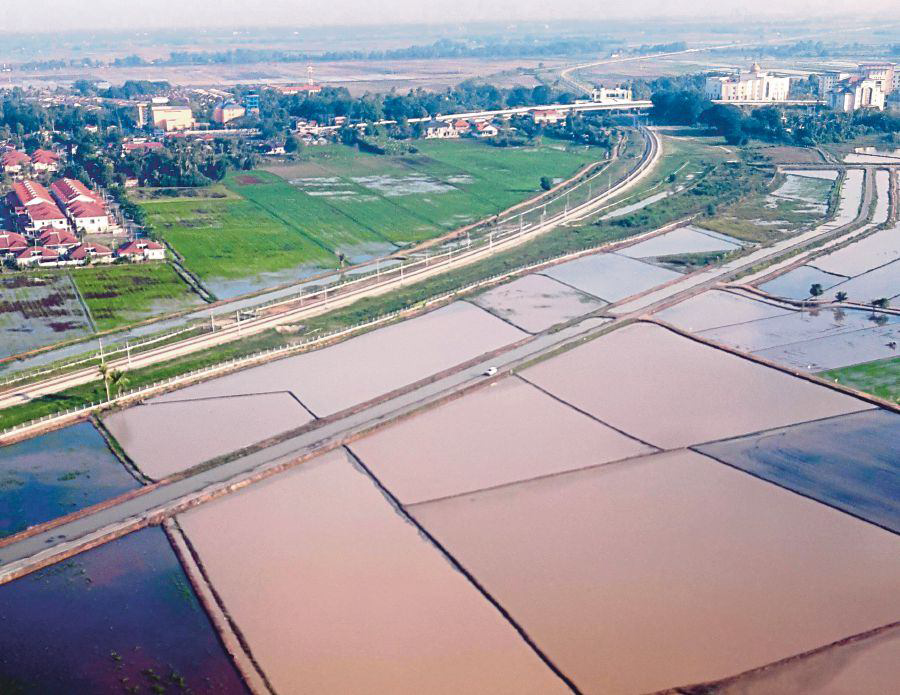 WEATHER-RELATED disasters linked to climate change have contributed to the rise in food insecurity.

The Philippines is one of the most disaster-prone countries in Southeast Asia with an average of 20 typhoons making landfall every year, which disrupts the volume of agricultural production, exposing farmers to high vulnerability and causing fatalities.

Across Southeast Asia, there are still 60 million undernourished people, which means one in 10 people do not get sufficient vitamins and minerals to lead a healthy life.

Where agriculture is the main economic activity, any form of destruction to the natural resources would highly impact the nutritional status of vulnerable populations, especially children and mothers in emergency- prone countries.

Southeast Asia would be better served if food security and nutrition are no longer viewed as a public sector undertaking. Leaving the responsibility to the government without private sector participation in this journey is not going to accelerate the goals of ending hunger and malnutrition by 2030. It is, therefore, crucial to change the way decision- makers view agriculture and poverty reduction programmes. Involvement from the private sector is powerful in promoting the use of sustainable agricultural practices to support small-scale farmers, as well as allowing equal access to land, technology and markets.

Malaysia does not experience a comparative advantage in the padi and rice supply chain — it is exploring the possibility of liberalising its supply chain. Padiberas Nasional Bhd (Bernas), which was privatised in 1996, acts as the sole gatekeeper to import rice, manage the rice stockpile, purchase padi from farmers at the guaranteed minimum price of RM1,200 per tonne, including distribution of subsidies to all registered padi farmers, and managing the rice mills.

Bernas’ function is to stabilise price and scale-up the local padi and rice supply chain to commercial level.

While Southeast Asia, combined with the top three regional rice exporters — Myanmar, Thailand and Vietnam — can and will continue to “feed the world”, the population in the region, however, are mostly at risk of malnutrition. Among the prevalent nutritional problems include inadequate and unbalance dietary intake. Likewise, the sector is dominated by small landholdings of 0.7 to 3.2ha per farm and income received may not be sufficient to accommodate the increase in the cost of living.

Tapping into the underutilised Asean Plus Three Emergency Rice Reserve (APTERR), which was established in 2012, is the low hanging fruits for the rice-consuming countries. APTERR’s main goal is to strengthen the food security and poverty reduction via its rice reserve mechanism which can be operationalised as an immediate response against food insecurity. This intervention is timely for Malaysia to consider as our country will be hosting the 7th Meeting of the APTERR Council this year.

Another way of building resilience for enhanced food security and nutrition is to exploit biotechnology and innovation. Having won the 2015 Patent for Humanity Award, the Golden Rice is considered as an achievement in the genetic engineering of rice which contains 50 per cent more vitamin A than the typical white rice, which is essential for good vision, and boosting the immune and reproductive systems. Meanwhile, farmers living along coastal areas in India and China, who have been experiencing production loss due to high content of salt are now cheering for salt-resistant rice. These breakthroughs, however, require evidence-based policies, which refer to obtaining the best way in delivering cost-effective interventions and eliminating concerns about biased research to tackle weather-related risks.

It is widely known that padi farmers are among the poorest and marginalised groups. Thus, it is important for them to be resilient instead of relying on help from external parties. The government and private sector too, should shy away from corporate social responsibility related (CSR) programmes that encourage dependency of farmers. Rather, they should promote programmes that empower these vulnerable groups to increase resilience by responding and recovering from weather-related disasters.

As said by farmer and inspirational speaker Brenda Schoepp: “Once in your life you need a doctor, a lawyer, a policeman and a preacher, but, every day, three times a day, you need a farmer.”

Thus, the role of farmers is much more important than we realise and channelling appropriate investments is an appreciation of their hard work.

Ainun Jaabi is a Researcher in the Technology, Innovation, Environment and Sustainability (TIES) Division. She graduated with a Distinction in Bachelor of Social Sciences (Honours, Geography) from Universiti Kebangsaan Malaysia (UKM). She was formally attached with the Razak School of Government (RSOG) and the Public Service Department (JPA) as an Associate of the Talent Acceleration in the Public Service (TAPS). This programme has provided her an opportunity to serve at the Agriculture Section of the Economic Planning Unit (EPU), Prime Minister’s Department. Her research interests cover areas such as agriculture, food security and land use management.
By: Ainun Jaabi