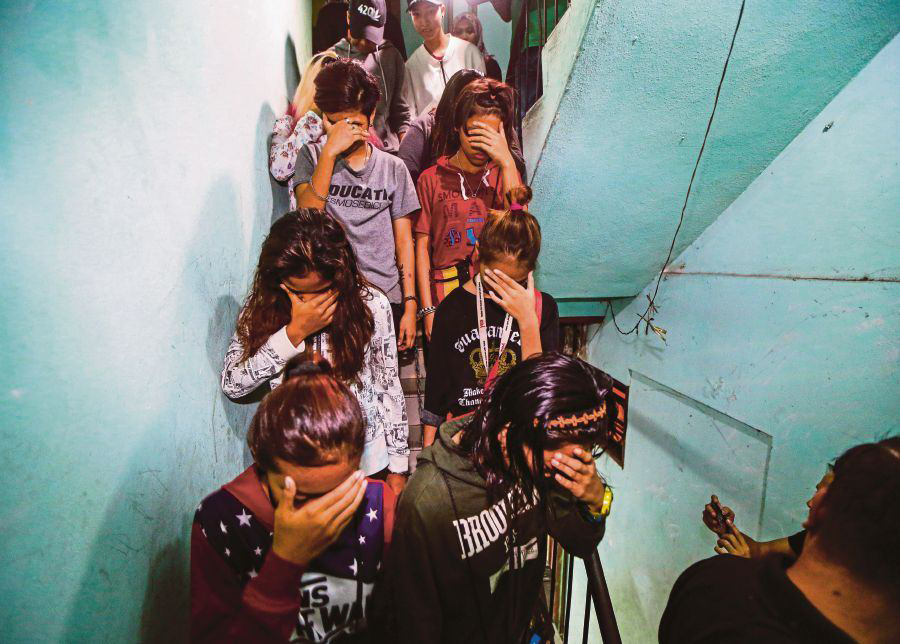 An article published last month revealed that the number of students who tested positive for substance abuse is on the rise, with school children as young as nine years old caught experimenting with drugs in Kelantan. The number of students using drugs and not attending school have also increased.

Paralleling this trend is the increase in demand for methamphetamines, which are cheap and readily available. Reasons for using drugs have ranged from peer pressure, depression, pain relief and stimulation. Such developments in the war against drugs indicate that more children are at risk of falling victims to substance abuse and the stigma attached to addiction.

Indeed, the government has taken an aggressive approach by ramping up the number of raids and drug busts. In the first few months of 2018, for example, the Narcotics Crime Investigation Department (NCID) managed to seize RM18.6 million worth of drugs and made 16,976 arrests. The government must also be commended for transforming Malaysia’s national drug policy in terms of better treatment for drug users. Instead of viewing drug addiction, treatment and rehabilitation from a criminal perspective, the government has elected to look at it from the health and social aspect.

However, these efforts are not enough to deal with the stigma associated with drug users. The problem goes beyond the penalising of drug users. And, while tough measures on the trade of illegal drugs is imperative to disrupt the supply and demand of drug addiction, raids and drug busts have done little to reduce the stigmatisation of drug users.

Breaking down the stigma of drug users and, indeed, drug addiction in general, requires a shift in mindset. Such efforts are not only the government’s responsibility, but society’s as well. Leaving it solely to the government is not a realistic game-plan. To effectively tackle the stigmatisation of drug users, we must work hand-in- hand with the government.

It begins with education — a key ingredient that is not playing as big a role as it should be in the war against drugs. There are gaps in our knowledge where drugs are concerned. Its importance is understated in our social make-up and, as a result, we have cultivated a culture of fear and shame
around this subject. The prevailing culture is then dictated by misconceptions that stem from a lack of knowledge, and what remains is a dilapidating cycle for those deemed deviant of society and, ultimately, society itself.

Having an education programme on drugs not only informs society, particularly the youth who are the most vulnerable, but also allows for better decision-making. Educating society of the dangers of drug use, the different categories and types of drugs, and finally the consequences of taking these drugs, will benefit our society in the long run. Knowledge about drugs, after all, is not a crime.

If we look at Western countries like Iceland and Finland, they have been experiencing a dramatic decline in substance abuse. Their success can be attributed to schools incorporating a substanceabuse prevention strategy and making education on substance abuse compulsory.

In Iceland, for example, government initiatives were introduced in 1997 which encouraged family and community bonding, as well as state-sponsored sports and recreational programmes. These helped bring about the steady decline in drug abuse amongst the youth. The importance of the community and families working with the government, therefore, cannot be stressed enough.

From a policy standpoint, the government should look at best practices and schemes that have proven effective in other countries and tweak such initiatives accordingly to suit Malaysia’s social climate.

Efforts to ramp up education on drugs and awareness could be pushed by our village, and religious leaders, both of whom play fundamental roles in shaping our familial and communal landscapes.

For example, the teachings of Islam play a key role in Muslim families. Yet, its black and white stance on drugs — where substances that alter our decision-making capabilities are deemed haram — has informed the prevailing culture to what it is today. This contributes to the lack of education that exists about drugs and drug addiction. However, ignoring the grey area in between has meant that individuals have been unable to come forward with their struggle to overcome addiction out of fear and shame.

Therefore, religious leaders and village heads should lead efforts to help break down the stigmatisation of drug addiction. This can be done by inciting a healthier attitude where drug users are concerned. This may include assisting drug users during their rehabilitation programmes, reintegrating them back into society, and re-instilling in them communal values to help conquer the fear surrounding this taboo, slowly but surely.

There are many avenues for reducing the stigma associated with drugs. Working in unison with the government will foster a culture of openness about drug addiction that is very much needed in our society. Encouraging such a dialogue is certainly a huge step in the right direction.

Ilisha Ameera is a new researcher for Social Policy and National Integration at ISIS Malaysia. She was previously an intern in 2018. She holds a BA (Hons.) in English and Journalism from Falmouth University. Her research interests include education, inequality and the environment. Outside ISIS she sits in the board of directors for Sultan Ahmad Shah Environmental Trust and Pahang Rangers futsal team.
By: Ilisha Ameera and Ariane Jeffrey