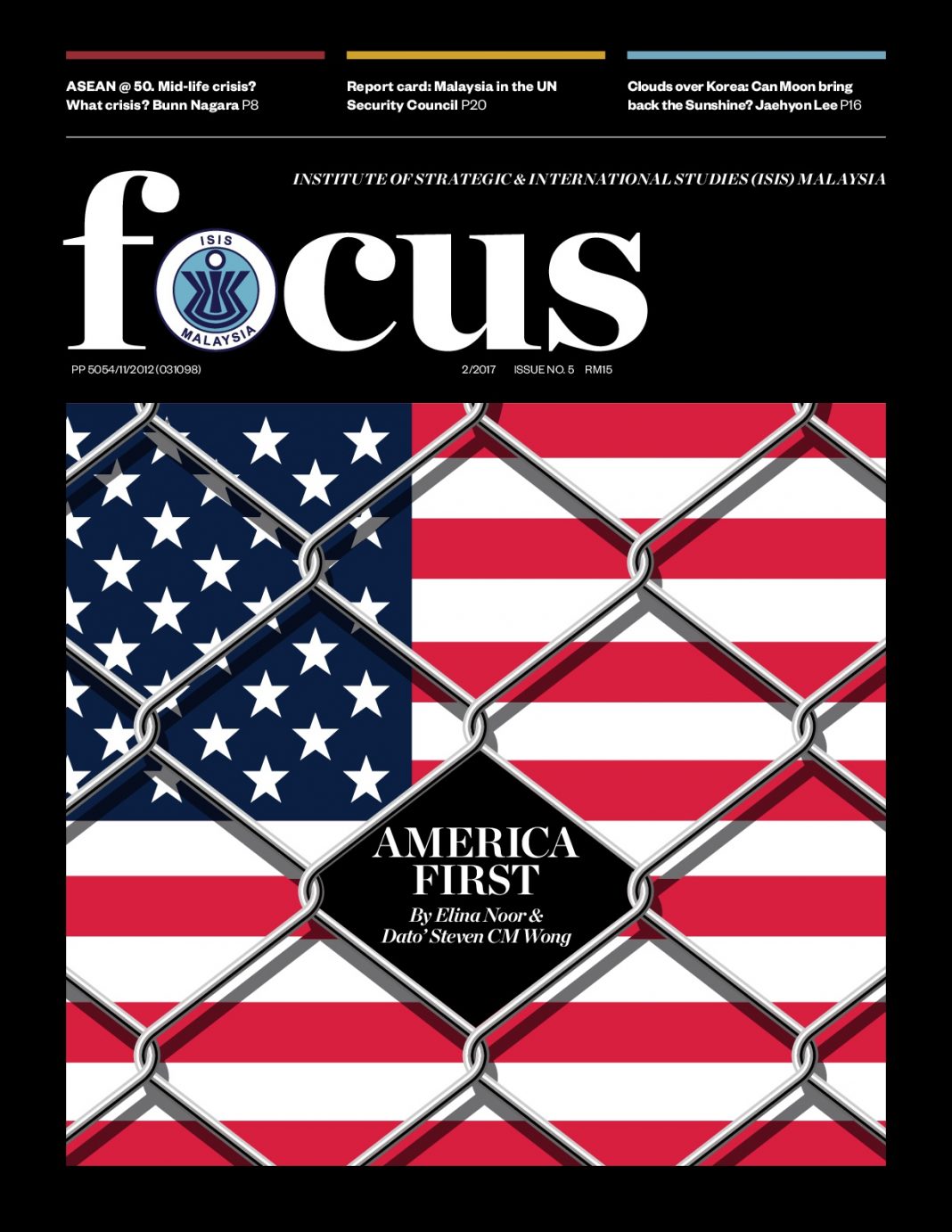 The first hundred days of the Trump administration have already passed, and the new presidency continues to surprise and sometimes confound both friends and rivals. The firing of FBI director James Comey is a recent example that saw some praise Trump for taking decisive action, while others in Congress, on both sides of the
aisle, expressed concern at the almost unprecedented dismissal of an official who had been investigating the Commander in Chief himself.

In Asia, Trump has reversed his early questioning of the One China policy, but then startled South Korea, a longstanding ally, by saying the country would have to pay for the newly installed THAAD missile system – a
demand quickly walked back by National Security Adviser HR McMaster. Elina Noor asks whether the president’s ambiguity is a strategy in itself, and attempts to pin down what exactly Donald Trump means for the region, while Dato’ Steven Wong assesses the state of the US-Malaysia relationship going forward.

Regardless of America’s role, this year will see a big focus on ASEAN, especially as its 50th anniversary in August approaches. Bunn Negara looks back on the last half century and finds critics too ready to dismiss a considerable record of achievement. Thomas Daniel considers whether ASEAN should expand or not – and Sholto Byrnes says the organisation should be commended for not following the overhasty approach of the EU.

With a take on Malaysia’s record in the UN Security Council, articles on North and South Korea, and a report on Malaysia’s shifting priorities in West Asia, we hope that you find much to enjoy – and possibly provoke – in this issue of Focus.