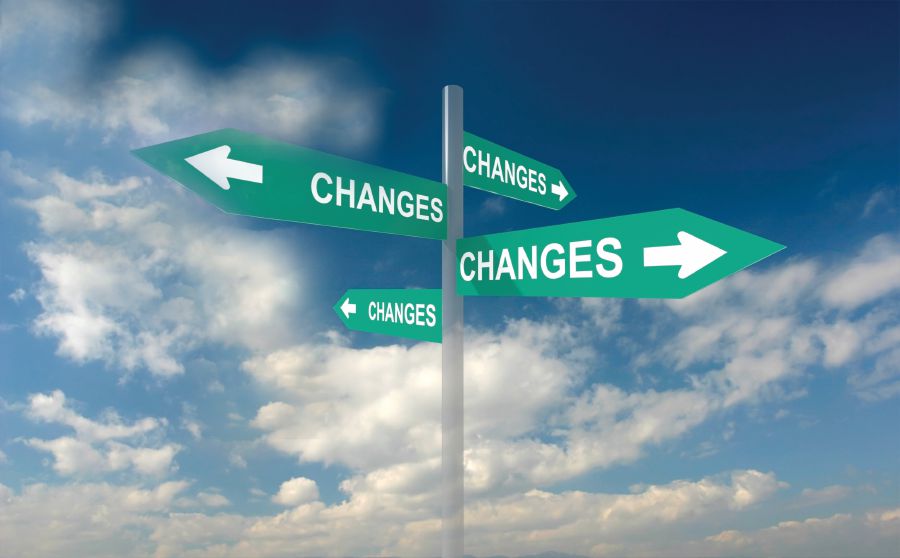 ONE of the easiest words to roll off our tongues in any language is the word “change”.

People talk about it all the time, especially when a country is in a bad way.

In fact, the word “change” is so commonly used that it just does not sound grand enough for the glossy documents that highly paid consultants produce for us.

As a result, we substitute it with the word “transformation”.

Thus, we now have the transformation of this and that, which, in its actual meaning, denotes the wholesale change of something into something totally different but which, in actual effect, often turns out to be much less than that.

There are other well-worn words in our lexicon such as “development”, “reform”, “sustainability” and “innovation”.

“Revolution”, though, seems to be mostly avoided, as well as less catchy and harder to pronounce ones.

One can be forgiven for thinking that these words have magical properties and that all we need to do is consult a thesaurus and invoke them rather than proper public policy analysis and implementation.

The reality, of course, is very different. Whether it is change, transformation, innovation or whatever, for it to be real, it has to bite and upset at least some apple carts.

Change takes us out of our comfort zone and significantly changes the way we do things.

It affects interests, causing some to gain and others to lose.

It is potentially very upsetting and can cause friction and conflicts.

Yet, in the calm and collected way that we talk about it, it almost appears as if change and transformation are proverbial walks-in-the-park.

They are business-as-usual events which were gained without the pain. They most certainly are not.

Let me give a microcosm of an example. In the high-rise condominium next to me, which for some reason only Dewan Bandaraya understands, is super dense, a war is taking place.

Resident owners are fighting non-resident owners. The latter want to be able to rent out their units on a short-term basis via social-sharing applications while those who stay there do not.

It is a familiar story, one that is played out in just about every major city, including Penang and San Francisco.

This does not make the fight any less heated and letters of accusation have been flying back and forth, legal action is being threatened and there is general disharmony.

If not already obvious, this super-dense high-rise condominium is a community, one in which its “citizens” do not get along with each other.

As a result, cleanliness of common areas and shared facilities is reported to have suffered.

The logical answer is for the government to step in and regulate.

In a neighbouring country, the government has done just that and outlawed short-stay rentals. (Enforcement, though, is another matter.)

Obviously, this appeases the residents, who do not have to put up with the constant comings and goings of strangers, and also hotel owners, who get to keep their clientele — or at least not lose so many.

There is not much public sympathy for non-resident owners, who may have borrowed or invested heavily in residential units with the expectation of returns.

But, all of this is mostly given short shrift.

Short-term residents are transient and do not have a powerful voice or vote. Investors are regarded as business opportunists, whose interests do not outweigh those of resident owners, who are entitled to their comfort and safety.

This is just one small example of change versus resistance against disruptive change.

But, it is repeated again and again in countless areas, from agriculture, the civil service, education to the economy and society at large.

The realities of change and transformation are even more difficult the higher one goes because more people are affected, more adverse impacts are felt and many more billions of ringgit is involved.

Change and transformation are never easy things, and especially not so in a perceived zero-sum society.

If there is no willingness to sacrifice for the greater good and future, any attempts at them are hopeless exercises.

This article first appeared in The New Straits Times on 21 March 2017.

Dato’ Steven CM Wong is Deputy Chief Executive of the Institute of Strategic and International Studies (ISIS) Malaysia. He also heads the economics division of the Institute. Dato’ Steven has been involved in the public policy arena for more than two decades, 20 years of which has been with ISIS Malaysia. He spent a further eight years in the private sector where he held positions in management consultancy, economic research, fund management, corporate finance and capital markets. He is currently a columnist for the New Straits Times. He was a member of the Ministry of Human Resource’s Technical Committee for the Minimum Wage and Tenaga Nasional Berhad’s Economic Council. He has served as the Secretary-General of the Malaysian National Committee for Pacific Economic Co-operation, the Malaysian Committee for Pacific Basin Economic Co-operation, and was on the secretariats of two ASEAN Eminent Persons Groups. He has been published by the Organization for Economic Cooperation and Development (OECD), the East Asian Institute at the University of California, Berkeley, the Australian National University and the Institute of Southeast Asian Studies (ISEAS), Singapore. His latest publications are on ASEAN-China trade for China Economic Quarterly (June 2013) and a chapter on Malaysia’s financial sector and capital market in Malaysia: Policies and Issues in Economic Development published (ISIS Malaysia, 2011). Dato’ Steven’s interests are in macroeconomic and international finance matters but he has wide-ranging interests including institutional economics, international relations and theology. He received his graduate and post-graduate education at the University of Melbourne in Australia.
By: Steven Wong