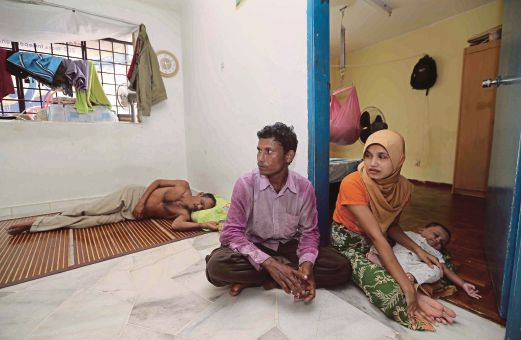 Employment programme is much welcomed after years of delay
Recent announcements by ministers indicate that the pilot programme that would see up to 300 Rohingya refugees and asylum seekers in Malaysia being given legal employment appears set to commence next month. After years of going back and forth, this is a much welcomed development.

To ensure the success of such a plan, including that of a more expanded work rights programme, and minimise potential pitfalls, the following considerations should be taken into account:

FIRST, legislative amendments are necessary to work around the illegal status of refugees and asylum seekers.

Refugees and asylum seekers currently fall in the broad category of “illegal immigrants”. This can include almost anyone, from victims of trafficking and smuggling to undocumented economic migrants to visa over stayers. To work legally, whether under a limited pilot scheme or a more comprehensive programme, their legal status and rights, especially within the Immigration Act 1959/63, Employment Act 1955 and Employment (Restriction) Act 1968 (Revised 1988), should be amended accordingly and clearly defined.

This has larger implications as not only must refugees be able to seek work legally, but prospective employers must also be able to legitimately hire them without potential legal consequences. Giving refugees and asylum seekers legal recognition does not mean that the government needs to, or should, completely accede to the provisions and responsibilities under the 1951 Convention Relating to the Status of Refugees or the 1967 Protocol. What the government needs is wiggle room. Such amendments — albeit those that lead to limited and controlled recognition — will give them that room;

SECOND, to grant refugees permission to work legally, we first need to know who they are.

This is where a national database on refugees and asylum seekers, both those who are registered and unregistered, becomes critical. The latest figures from the United Nations High Commissioner for Refugees in Malaysia indicate that there are 150,700 registered refugees and asylum seekers. The number of unregistered individuals is unknown, but reliably thought to be in the tens of thousands, with the Rohingya making up a good number.

Understanding their demographics, in terms of number, gender, country of origin, ethnicity, religion, working and educational background, and reasons for leaving, is a huge asset for future policy planning.

Allowing them to work legally helps in the wider effort to draw out and catalogue the many unregistered refugees and asylum seekers who live “off the grid”, in the far fringes and unseen underbelly of society. The seclusion and “ghettoisation” away from any kind of oversight, combined with the relative vulnerabilities of such communities, is a recipe for potential social, psychological, health and even security risks, which can have wider implications;

THIRD, while the initial pilot programme is intended for the Rohingya, any long-term programme should include the wider group of registered refugees and asylum seekers in Malaysia.

While 90 per cent of registered refugees and asylum seekers are from Myanmar, with 36 per cent being Rohingya, the remaining 10 per cent are from Sri Lanka, Pakistan, Yemen, Somalia, Syria, Iraq, Afghanistan and Palestine, among other countries.

Studies have shown that refugees and asylum seekers who have training and are relatively selfsufficient have a better chance of being selected for relocation to third countries.

It will also counter allegations that Malaysia openly discriminates in its management of refugees; and,

FOURTH, refugees and asylum seekers who want to work legally shouldn’t be treated as foreign workers.

Any programme for the former shouldn’t mirror foreign worker intake or work programmes. Foreign workers come to Malaysia under a contract tied to their visas — for a specified period, job and employer — and return once the contract is over.

In contrast, refugees and asylum seekers are often forced to leave their home countries due to various circumstances. The principle of non-refoulement comes into play, meaning they cannot be forcefully returned to the circumstances or dangers that they had been forced to flee from.

Refugees and asylum seekers can be sent away by a host country only if they are accepted by a third country or if the situation at home improves. It is important that these distinctions are understood not just by policymakers, but also employers and the public at large.

Moving forward, there will undoubtedly be criticism of any move to expand the initiative, both from economic and security points of view. While such criticisms are not without merit, the fact remains that Malaysia is a front-line state and destination for refugees. More importantly, we already host a large number of them.

Sending refugees away is easier said than done. Pretending that they don’t exist is akin to putting ones head in the sand. It is imperative for policymakers to seriously look at how to best manage them. A programme that grants them limited legal work rights, if implemented well, is a good start.