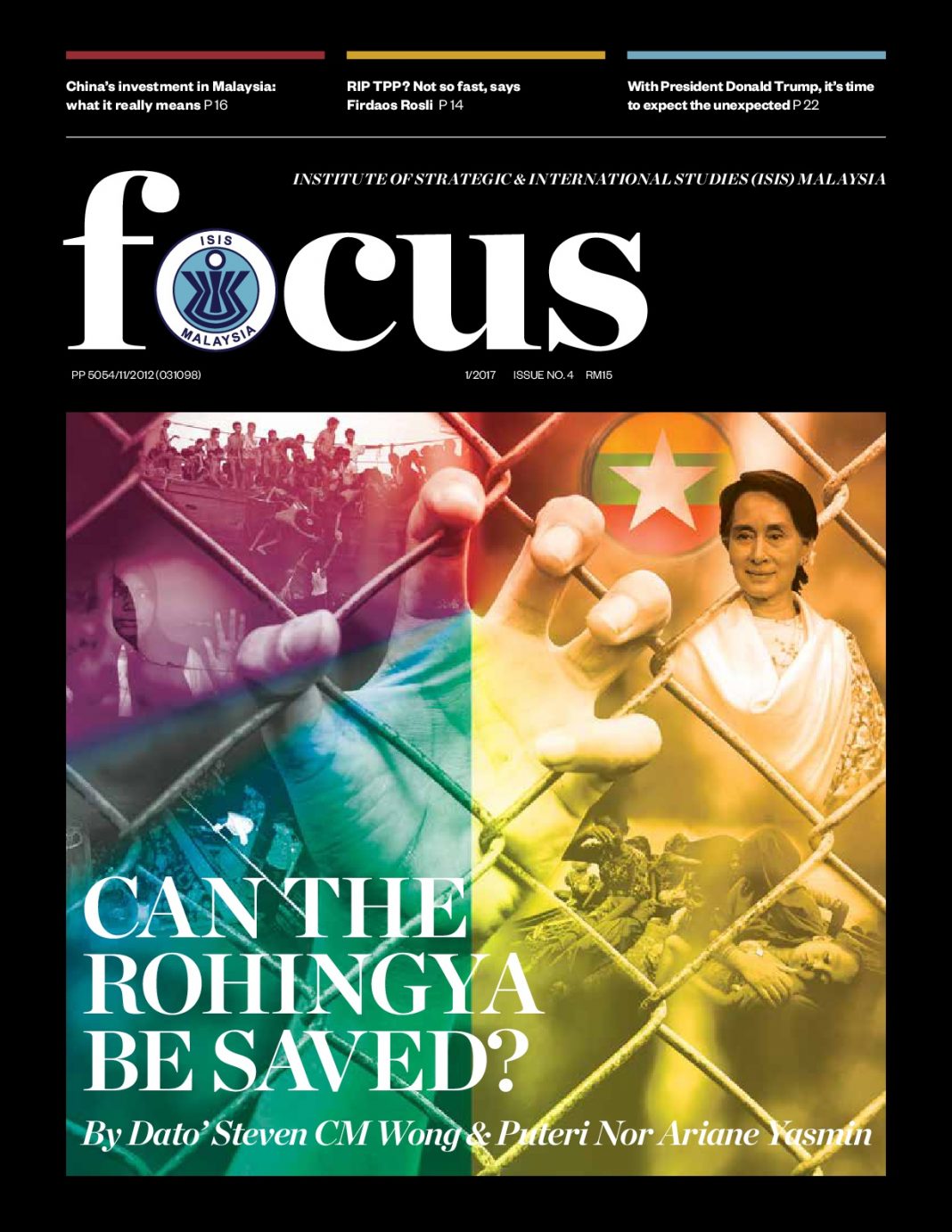 2017 is turning out to be an interesting if uncertain and – viewed from many quarters – a worrying year. Newly inaugurated US President Donald Trump began his term with a flurry of 20 executive orders, some of which have proven to be highly controversial. Among these are the travel ban against seven Muslim countries (now being fought in the federal courts) and the withdrawal from the Trans-Pacific Partnership (TPP).

In this issue, Sholto Byrnes writes about President Trump and his administration, or the “known unknown” as he calls it. Firdaos Rosli addresses the issue of the US’s TPP departure. Can the agreement be saved? On the other side of the Atlantic, the United Kingdom’s exit from the European Union has become clearer with Prime Minister Theresa May’s uncompromising Lancaster House speech and the subsequent Parliamentary vote. The country is now on course to trigger Article 50 of the Lisbon Treaty on 31 March this year although the nature of the exit and its consequences remain to be determined. We will be closely following this matter and its impact on Southeast Asia and Malaysia in following issues of ISIS Focus.

Given the uncertainties about US commitment to the region, China’s profile, already high in the region, is destined to grow even further. Malaysian Prime Minister Najib Razak’s November 2016 official visit to China
reaped a bountiful harvest for both sides, with first-time purchases of military vessels. But is Malaysia becoming too dependent on China?

Harris Zainul interviews Dato’ Majid Khan, former Malaysian ambassador to China and president of the Malaysia-China Friendship Association to find out. Against the backdrop of major powers, it would be easy to overlook the human tragedy that is occurring in Myanmar’s Rakhine State. The Rohingya are stateless, powerless and now an increasingly persecuted people. Malaysia has taken a leadership role in the defence of the Rohingya but it is far from clear that the tragedy can be alleviated simply by international and regional condemnations.

The feature pieces of this ISIS Focus document the ongoing work of ISIS Malaysia on forced migration, refugees and the Rohingya in particular. Puteri Nor Ariane Yasmin and Dato’ Steven Wong contribute pieces on whether a hardline approach to the Rohingya problem will work and the security challenges in times of mass people
displacements.