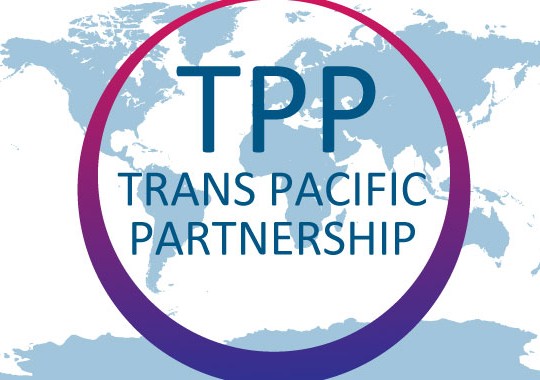 SUNRISE INDUSTRY: Malaysia has many early-entrant advantages over regional competitors

MUCH has been written on the pros and cons of the Trans-Pacific Partnership (TPP) agreement and its potential impact on Malaysia and Malaysians. I do not intend to add more to what has already been said but to write more on the textile industry, which is seen to be one of the biggest beneficiaries of this agreement when it comes into force (ElF) in two years time. Readers could do no harm to read the reports on the TPP by the Institute of Strategic and International Studies Malaysia (ISIS) and PwC that succinctly described the impact, both negative and positive, on Malaysia and Malaysians.

Firstly, Malaysia already has seven bilateral Free Trade Agreements (FTAs) with a number of TPP countries: Japan, New Zealand, Australia and Chile. The TPP will add two major countries relevant to the textile industry -the United States and Canada. The TPP is likely to be a benchmark for other FTAs that Malaysia is currently negotiating, including the Malaysia-European Union FTA (MEUFTA) and Regional Comprehensive Economic Partnership. By being one of the 12 original countries to the TPP, Malaysia has many early-entrant advantages over regional competitors in the textile industry, including Indonesia, Cambodia, Sri Lanka, and the Philippines. Credit has to be given to the Malaysian negotiators (supported by industry players) who won many concessions for the Malaysian textile industry.

The Malaysian textile industry has been around for many years. It was well known in the 1970s when the local players were contract manufacturers to many high-end global brands such as Nike, H&M and Under Armour. Over the years, many of the downstream manufacturers moved up the value chain to manufacturing high valued textiles. The upstream activities are more capital-intensive, re­quiring about 10 times more capital. Today, there are more than 1,000 downstream players and more than 900 companies are involved in the upstream activities. Even though downstream activities are labour-intensive, Malaysian labour productivity is higher than other countries, including Vietnam and Indonesia. Turnover per worker is about RM73, 000. This includes foreign workers, meaning each foreign worker is a significant net positive contributor to Malaysia’s exports and gross domestic product (GDP).

The textile industry was previously perceived to be a “sunset’ industry,’ perhaps due to its declining percentage contribution to the GDP from 0.6 per cent in 2004 to only 0.3 per cent in 2014. Malaysia exported RM4.8billion of finished textile products, mainly garments and apparel to TPP countries in 2014. This is in addition to the upstream yarn and textile products of approximately RM4.S billion produced. As a result of the TPP, the contribution of the whole industry to G DP is likely to grow significantly. It is definitely a sunrise industry now.

The TPP gives Malaysian exporters great advantages over non-TPP countries through removal of most of the tariffs and non-tariff barriers. The Malaysian Textile Manufacturers Association estimated that the industry could grow by at least 30 per cent upon ElF. There are also many other positive spin-offs for the country. For example, Malaysia is expected to see significant investment diversion into the country as foreign investors scramble to invest in new factories, particularly in the capital intensive upstream activities to capitalise on the Yarn Forward Rule. (TPP countries must source their yarns and other materials from TPP countries).

Malaysia exported RM4.8 billion of finished textile products, mainly garments and apparel to TPP countries in 2014. Exports are forecast to grow by 30 per cent under TPP.
The potential for “technical textiles” (textiles that incorporate technology) is tremendous. The 11th Malaysia Plan recognised this potential and has allocated funds through the International Trade and Industry Ministry to research, develop and commercialise technical textiles, working closely with the industry.

Recognising the acute labour shortages, the government has allocated funds to research and pilot labour-saving devices for the industry. Collaboration will be forged between the industry and local uni­versities, including Universiti Teknologi Mara (UiTM), to ‘pilot a number of ‘these initiatives. However, successful implementation of these initiatives will take time and in the meantime, the foreign workers’ shortage issue has to be addressed urgently if Malaysia is to optimise the contribution of the industry to export earnings and the GDP. Perhaps, a comprehensive strategic plan based on Public-Private Partnership between the government and industry players to address this issue can be developed and implemented. Another programme that can be implemented immediately to address the labour issue is an Asean Common Competency Programme, which allows I workers from Asean to be trained to certain minimum standards based on current Malaysian standards that were developed with support from the Human Resources Development Fund.