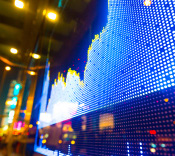 Some of these increases exceeded 100 per cent. To add salt to injury, Tenaga Nasional Berhad recently decided to stop rebates for electricity. Coupled with the increase in toll collection, Malaysians now have to pay more out-of-pocket expenses, and many are wondering what had gone wrong.

Despite our gross domestic product per capita having increased from RM6,578 in 1990 to RM31,887 in 2013, and around RM35,000 this year, many are facing an economic conundrum.
One can only conclude that most’ of this wealth had flowed into the hands of a few rich individuals, rather than this surplus being distributed more broadly.

The most revealing statistics by Employees Provident Fund (EPF) show that 69 per cent of its members above the age of 54 have less than RM50,000 in their retirement funds.
Discounting the possibility that these members have withdrawn part of their savings to buy houses or for educational purposes, and assuming the statistics of 69 per cent is applicable for all age groups, this may indicate that a large portion of Malaysians are earning salaries that have stagnated for years.

As an economist, I believe there are some clear issues that have contributed to our economic predicament.

The first concerns subsidies. Most economists disagree with the implementation of subsidies, especially indirect subsidies, as they may distort the economy. However, before I go any further, let us first understand the purpose of subsidies being implemented in Malaysia.

With nearly 80 per cent of the nation classified as poor in the 1970s, they could ill afford sudden changes. Then, the first energy crisis occurred. The effect of the oil price increase was disastrous to Malaysia.

Blanket subsidies had led to a decrease in the overall cost of living, which helped to bring down the cost of labour. This allowed companies in Malaysia to produce products for export using an artificially-created competitive advantage.

This distortion demotivated employers from investing in technology that would improve productivity, as there was an abundance of cheap labour that, in turn, put us in a vicious cycle of low income. What was probably intended as a temporary measure to provide relief to Malaysians became an addiction.

The second cause was that our economy silenced most of the unions operating in Malaysia. It is unfortunate that unions are regarded negatively by Malaysians, especially employers. This is made worse by the fact that the Malaysian government generally distrusts unions. This is not to say this dis­trust of unions does not have a logical reason.

Other than protecting workers’ rights, a union serves as a collective or representative body to ne­gotiate wages and other benefits with employers. Successful negotiations, especially for jobs in the lower rung, would lead to increased wages, which can close income gaps between high and lower income earners.

The third reason is mega projects. We need to face the reality that mega projects are things of the past, especially if the return from the project is localised.

As more and more infrastructure is being completed, we are beginning to experience the problem of infrastructure glut, specifically in the Klang Valley. Further development in this vicinity will no longer be able to bring the same return in investment as in the past.

Additionally, infrastructure development in the past required the use of hard labour. Most of this labour was sourced locally, providing jobs for Malaysians. The wages they earned were spent in Malaysia, thus energising the local economy.

Today, these jobs are outsourced to foreign labour, mostly Indonesians and Bangladeshis, who send their hard-earned money back to their countries of origin.

The above account may not be exhaustive. There may be other causes that had led to our current predicament which are not discussed here.

The government is slowly realising this fact and trying to correct things. However, correcting these distortions simultaneously may result in more severe repercussion for our economy. Challenging times require us to be more creative in implementing policy decisions. Correct this income disparity and we will achieve high income nation status in no time.
The writer is senior analyst at Institute of Strategic and International Studies Malaysia