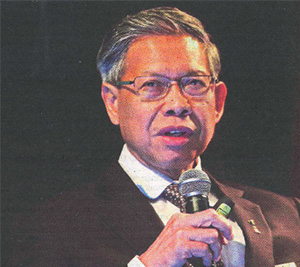 PERTINENT: How is Malaysia positioning itself to make the most of both initiatives?

IT is the Trans-Pacific Partnership (TPP) and One Belt, One Road (OBOR) season. Malaysia and some parts of the world seem abuzz with excitement over the TPP and OBOR initiatives. It makes a change from reading the usual doomsday news.

After more than seven years of intense negotiations and amid accusations of the negotiations being shrouded in secrecy, the text of TPP was released globally on Nov 5. It is voluminous, a reflection of the amount of effort by many unsung heroes in the whole process of negotiation. Many of the negotiations went into late nights and early mornings, sometimes in far-flung overseas locations, where the only sightseeing that negotiators did were the airports and hotels.

TPP is not Malaysia’s first attempt at a Free Trade Agreement (FTA). Malaysia already has 13 FTAs and is negotiating a few more. Credit must be given to the indefatigable and tenacious International Trade and Industry Minister Datuk Seri Mustapa Mohamed, who carried out more than 150 engagements with various stakeholders on TPP. Since the text was released, many stakeholders and lobbying groups have been spending long hours and sleepless nights dissecting the documents, trying to decipher what Malaysia has gained and conceded in TPP.

Some would not have the time to read the text in its entirety and would, hence, choose to cherry-pick and focus on specific areas, thus, enabling them to make assertions, albeit narrowly focused. Others, who have even less time at hand, are waiting for the studies being done on Cost Benefit Analysis and National Interest Analysis.

For those really hard-pressed for time, they could start by reading some informed comments in the media, for example, “Trials and tribulations of TPP negotiations” and “TPP is the victim” in a weekly business publication, and Sri Murniati’s article, “TPP not ideal but right step for more accountable procurement process”, which attempted to give a more balanced assessment of the agreement.

TPP involves 12 countries. Their combined gross domestic product (GDP) constitutes some 40 per cent of the global GDP. Though often touted as an FT A, it is more than just trade and reducing or eliminating tariffs. It is about rules, business ethics and how businesses conduct their affairs. It covers many interrelated areas, including labour, environment and Intellectual Property Rights.
Elsewhere in the world, the OBOR initiative has created a lot of excitement, too. In the United Kingdom, it started with Chinese President Xi Jinping’s visit to London last month. Many red carpets were found, dusted and rolled out for him and his thick-wallet entourage.

More than US$45 billion (RM197 billion) in British deals was signed with Chinese investors. Following this, UK Inc is now eyeing the huge opportunities offered by OBOR through construction and deal ­structuring projects. The UK has offered its expertise on Public-Private Partnerships (PPPs) to the Chinese and has set out to facilitate meetings for China’s PPP Unit and Asian Infrastructure Investment Bank (AIIB) in Europe.

Last week in London, speakers at the World Chinese Economic Forum also spoke on OBOR opportunities and how countries like Malaysia could capitalise on them. There was even a Silk Road Forum in Madrid last month, which brought think tanks from more than 40 countries to deliberate on issues relating to OBOR and AIIB.

OBOR is certainly an exciting proposition and is beginning to look like the only game in town. This week, there is a meeting of Asean and China think tanks in Kuala Lumpur, where issues relating to OBOR and FTAs will be discussed.

Like TPP, OBOR will cover countries whose combined GDP is 40 per cent of global GDP. It is a mere coincidence. OBOR will cover 65 countries and 4.4 billion people. Like TPP, big numbers have been bandied in OBOR. Besides AIIB’s US$100 billion share capital and Silk Road Fund of US$40 billion, China Development Bank has said it would invest more than US$890 billion in more than 900 projects involving 60 countries.

A pertinent question here is how is Malaysia positioning itself to seize the opportunities?

It is glaring that TPP, at this stage, does not include China’s participation, while AIIB does not have the United States and Japan’s participation. However, the doors are open in both initiatives for these countries to participate.

The Asian Development Bank and AIIB announced last week that they would cooperate and co-finance some infrastructure projects by Spring next year. This is an encouraging first step.