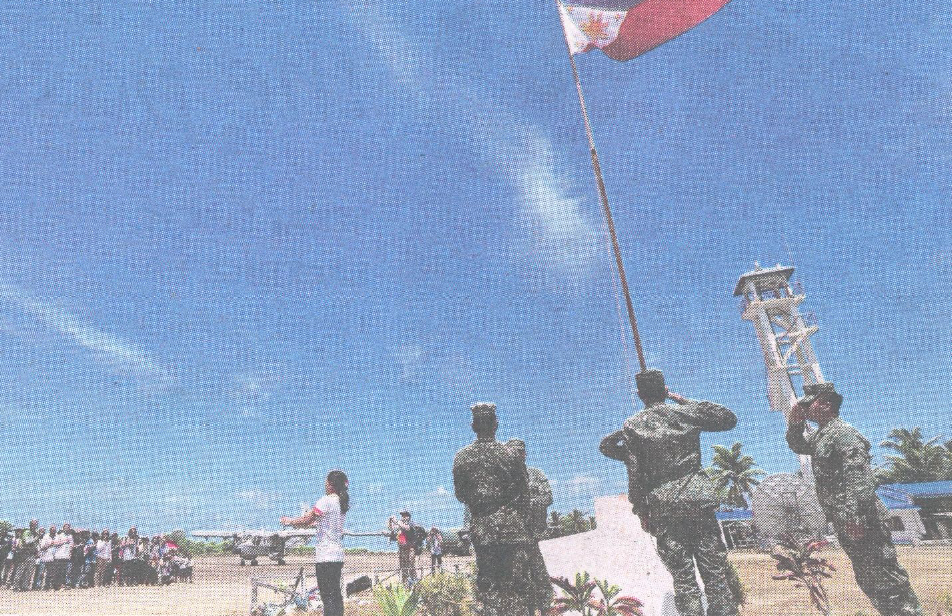 A SPATE of initiatives announced over the last two years has seen China working towards greater influence in the strategic security and trade order of the region.

From the "Chinese Dream" to the ambitious Belt and Road Initiative, the New Asian Security Concept and progress of the Asian Infrastructure Investment Bank ̶ China's drive to create a "community of common destiny" in Asia and beyond seems to be going ahead in full steam.

In a recent working visit to China, these were some of the concepts that the hosts were eager to explain to delegates from selected Asean countries.

Throughout the visit, the hosts, together with other Chinese academics and officials encountered, repeatedly stressed the "win-win" nature of these initiatives, adding that as a country which has been invaded, divided and dictated to by external powers, China will never do the same to others and will respect the concerns of all other countries ̶ - no matter how big or small they may be.

It is encouraging to note that at the onset of these initiatives, China recognises the fact that for them to succeed, the benefits must flow both ways. However, despite China's claim otherwise, the rapid rise of any large regional power, especially one that looks set to become a superpower, will always be of concern ̶ not just to its competitors but also to its friends and neighbours.

From European colonial powers to Imperial Japan's Greater East Asia Co-Prosperity Sphere, and the US' expeditions in Indochina, Southeast Asian countries do not have fond memories of large hegemonic powers.

Many decision makers in Southeast Asia remember the China of the 1980's; the speed in which its economic and military capabilities have grown since is astounding.

Coupled with the perceived growing assertiveness over its disputed territorial claims, it is only natural that China's much smaller neighbours have cause to be concerned about the rapid growth of Chinese influence and reach, its ambitions and what that entails for the region. China should understand this and tailor its approach to the region accordingly.

In that spirit, China can and ought to do more to alleviate the concerns of its Asean neighbours. While both China and its neighbours should strive to better understand each other, as the dominant power and proponent of these various initiatives, the burden is on China to step up and reassure its neighbours of its intentions.

One way in which it can do so is through timelier, detailed and more coordinated engagements and responses to queries or comments following key announcements. While it seems a simple enough approach, it is one where this writer feels that China can do better.

This is important to maintain trust and to quickly and accurately respond to doubts. China needs to realise that in the absence of Chinese explanations, other narratives and voices will influence the discussion.

There are parties who realise this and are exploiting the insecurities that many countries in the region have about the rise of China.

It took nearly one and a half years for the concept and vision document for the Maritime Silk Road (MSR) to be released after its initial announcement in October 2013. During this time, aside from a few general statements about the benefits of the initiatives published in the Chinese media, the dominant narrative was largely filled with articles, position papers and forums on the potential shortfalls of the initiative and its possible ulterior motives.

There was minimal attempt by China to publically address these concerns or rebut such criticisms and insinuations. If China's "win¬win" pitch is to be believed, then such gaps are not just harmful to China's interests but also to its neighbours and the region as a whole.

To be fair, there are those in China who realise this and are working towards rectifying existing shortfalls. Future engagements need to be more comprehensive and not just limited to government communications.

Deeper exchanges and dialogues are needed between think tanks, the academia, non-governmental organisations and businesses organisations.

It is only through better communication that outstanding issues are worked out, misunderstandings clarified and rumours dispelled. This message was clearly conveyed several times during the visit to the hosts. While it was understood, time will tell whether it will be heeded. As a participant of the visit succinctly put it, both China and Asean need to ensure that the Chinese Dream doesn't become an Asean Nightmare.