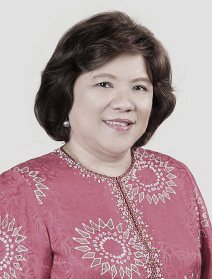 It is with deep sadness to announce that the Chief Executive of ISIS Malaysia, Dato’ Dr Mahani Zainal Abidin passed away on 22 June 2013 after a hard-fought battle with cancer.

Dato’ Dr Mahani joined ISIS Malaysia in 2007 as its Director General and subsequently assumed the position of Chief Executive on January 2010.

We share the loss of a leader, colleague and friend.