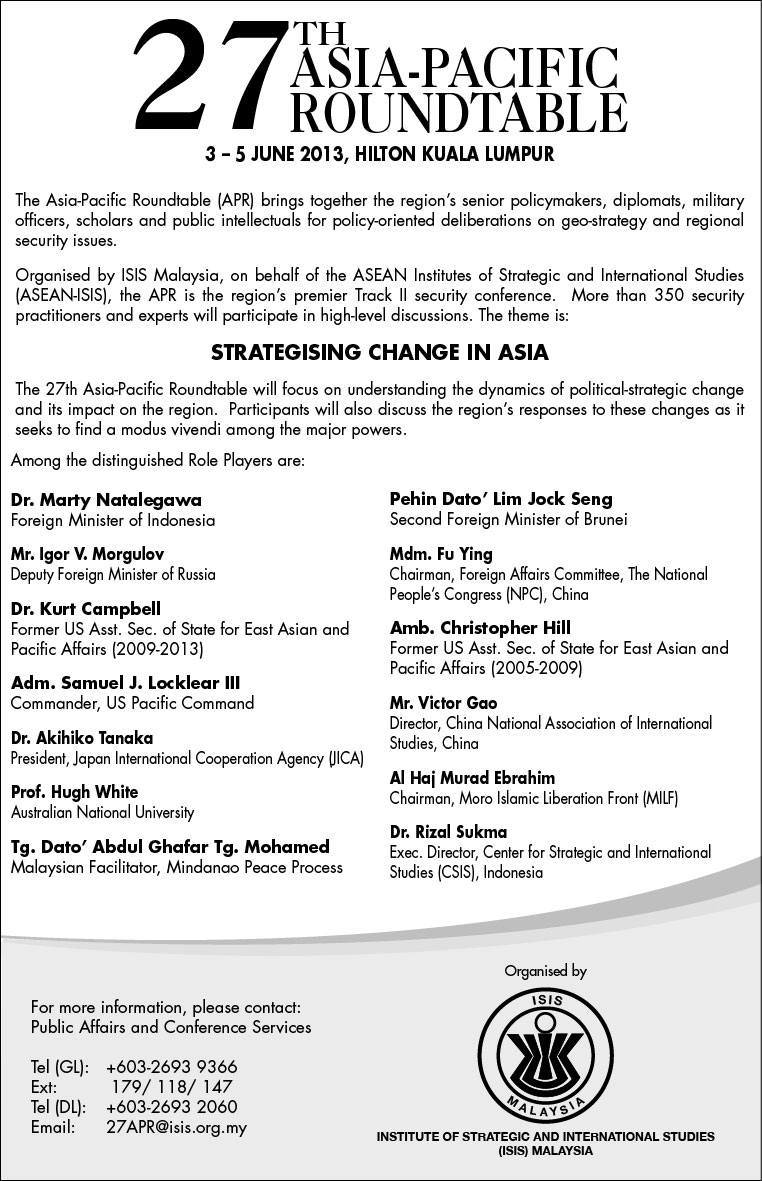 Synopsis: After more than four decades of conflict in southern Mindanao, peace is within reach. On 15th October 2012, the Philippine government signed a framework agreement with Moro Islamic Liberation Front (MILF)that made way for the creation of Bangsamoro, a new autonomous political entity.

This gives rise to hope an end to the longstanding conflict but the peace process is susceptible to a relapse if the framework does not bring immediate and tangible change on the ground.

Synopsis: The US-China relationship is one that is of a unique mix of cooperation and rivalry, with controlled confrontation.

According to OECD, China will have the biggest world economy by 2016. We will see a shift not only in the balance of economic power but also political and security power too.

Cynthia Ng talks to Ambassador Christopher Hill,
Former US Assistant Secretary of State for East Asia on the rise of China and the United State’s ‘rebalancing’ towards Asia.

Synopsis: While rapid modernization and growth will render China as the next economic superpower, what kind if superpower does the country of 1.3 billion people want to be?

Cynthia Ng talks to Prof Shen Dingli, Associate dean at Fudan University’s Institute of International Studies who reiterates China does not aspire to be a world hegemony and that we should not be afraid of China’s rise.

Synopsis: Indonesia is not only the largest economy in this region but also have half the population of ASEAN.

As its economy grows, Indonesia is at better position as a regional leader. Does Indonesia wants to lead the ASEAN agenda? And if they do, are they ready to take lead?

Cynthia Ng speaks to Dr Rizal Sukma, Executive Director of the Centre for Strategic & International Studies Indonesia on the rise of the Garuda – its place in ASEAN and beyond.