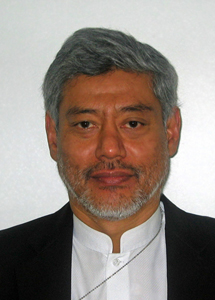 The Institute of Strategic and International Studies (ISIS) Malaysia is pleased to announce the appointment of Professor Dr. Jomo Kwame Sundaram as the third holder of the Tun Hussein Onn Chair in International Studies for the period 2016-2017. The first holder of the Chair was YBhg. Dato’ Dr. Muthiah Alagappa (2012-2013) and the second holder was Professor Dr. Anthony Milner (2014-2015).

Jomo Kwame Sundaram has been Assistant Director General and Coordinator for Economic and Social Development (ADG-ES), Food and Agriculture Organization of the United Nations since August 2012. He was Assistant Secretary General for Economic Development in the United Nations’ Department of Economic and Social Affairs (DESA) from January 2005 until June 2012, and (Honorary) Research Coordinator for the G24 Intergovernmental Group on International Monetary Affairs and Development from December 2006 until September 2012. In 2007, he was awarded the Wassily Leontief Prize for Advancing the Frontiers of Economic Thought. He has authored and edited over a hundred books and translated 12 volumes besides writing many academic papers and articles for the media.

Jomo was Professor in the Applied Economics Department, Faculty of Economics and Administration, University of Malaya until November 2004, Founder Director (1978-2004) of the Institute of Social Analysis (INSAN) and Founder Chair (2001-2004) of IDEAs, International Development Economics Associates (www.ideaswebsite.org); he now serves on its Advisory Panel. He was also on the Board of the United Nations Research Institute on Social Development (UNRISD), Geneva. He is on the editorial boards of several learned journals.

During 2008-2009, Jomo served as adviser to Father Miguel d’Escoto, the President of the 63rd United Nations General Assembly, and as a member of the [Stiglitz] Commission of Experts of the President of the United Nations General Assembly on Reforms of the International Monetary and Financial System. During 2010-2012, he was G20 sherpa to UN Secretary-General Ban Ki-moon, and also UN G20 Finance Deputy during 2011-2012.

The Tun Hussein Onn Chair in International Studies at ISIS Malaysia is funded by the Noah Foundation.