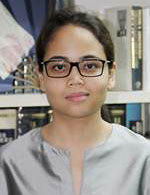 Puteri Nor Ariane Yasmin is an Analyst in Foreign Policy and Security Studies at ISIS Malaysia. She holds a BA (Hons.) in Political Science and History from the University of Melbourne, and an MPhil in International Relations and Politics from the University of Cambridge. Her research interests include US foreign policy in the Middle East and China, as well as Malaysian politics. Ariane previously interned with ISIS in 2010.