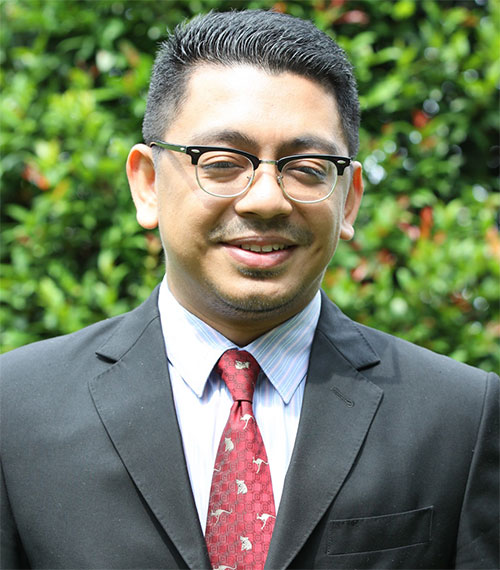 Mr. Firdaos started his career in the accounting and banking sector before moving to the public sector as an Assistant Director in the Ministry of International Trade and Industry (MITI) Malaysia in 2004. He held various responsibilities in bilateral and regional relations, Asia Pacific Economic Cooperation (APEC), as well as the main secretariat to the Malaysia-US Free Trade Agreement negotiation team. He also served in the Minister’s Office as the Senior Private Secretary to the Deputy Minister of MITI since 2008.

He studied Business Foundation Programme from St. Andrew’s College, Cambridge before pursuing his degree in Accounting and Finance from Lancaster University, United Kingdom. He also holds a Diploma in Public Administration from the National Institute of Public Administration (INTAN), Malaysia.